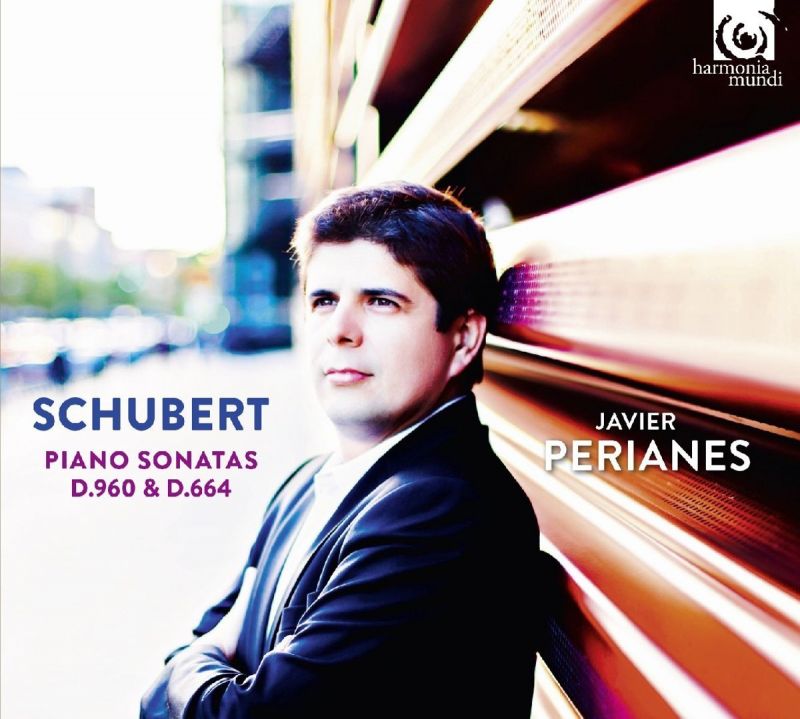 Nine years have passed since Javier Perianes’s first disc of Schubert and here he programmes two utterly opposing sonatas, the compact and songful D664 with the mighty B flat, D960. Both works are characterised by fine pacing (it’s no accident that was he was a student of Richard Goode), with a genial account of the first movement of the A major Sonata that doesn’t lack for firepower in its dramatic outburst near the start of the development (4'07"). If Perianes slightly underplays the slow movement’s poignant qualities (listen to Lupu here), in his Rondo finale he characterises well the contrast between its playful and assertive elements.

This is but a petit four, placed as it is after the epic D960. Perianes is fundamentally an elegant pianist, one who lets the music speak for itself, so the Molto moderato first movement (with exposition repeat) unfolds at an entirely natural pace, with some lovely delicate touches. However, in the development he tends to be a little low-voltage and the silences – such a potent element in this movement – pass for relatively little; the closing moments, though, are beautifully considered. There’s a slightly restricted colour palette in the Andante sostenuto, and others find a more obsessive quality to the repeated left hand motif – Pires, for instance, who is wonderfully expressive.

Again, Perianes’s scherzo doesn’t have the range of colours of Uchida or Lupu and is a relatively unshadowed affair. His finale sets off at a good pace but the minor-key outburst (2'33") sounds slightly hectoring. However, this is not the fault of the pianist, for there are moments where the top range of the piano sounds distinctly stressed. It’s also a recording close enough to catch the odd sigh (eg track 6, 2'21" and 2'43"). But, that said, Perianes is an artist with a true lyrical gift. H