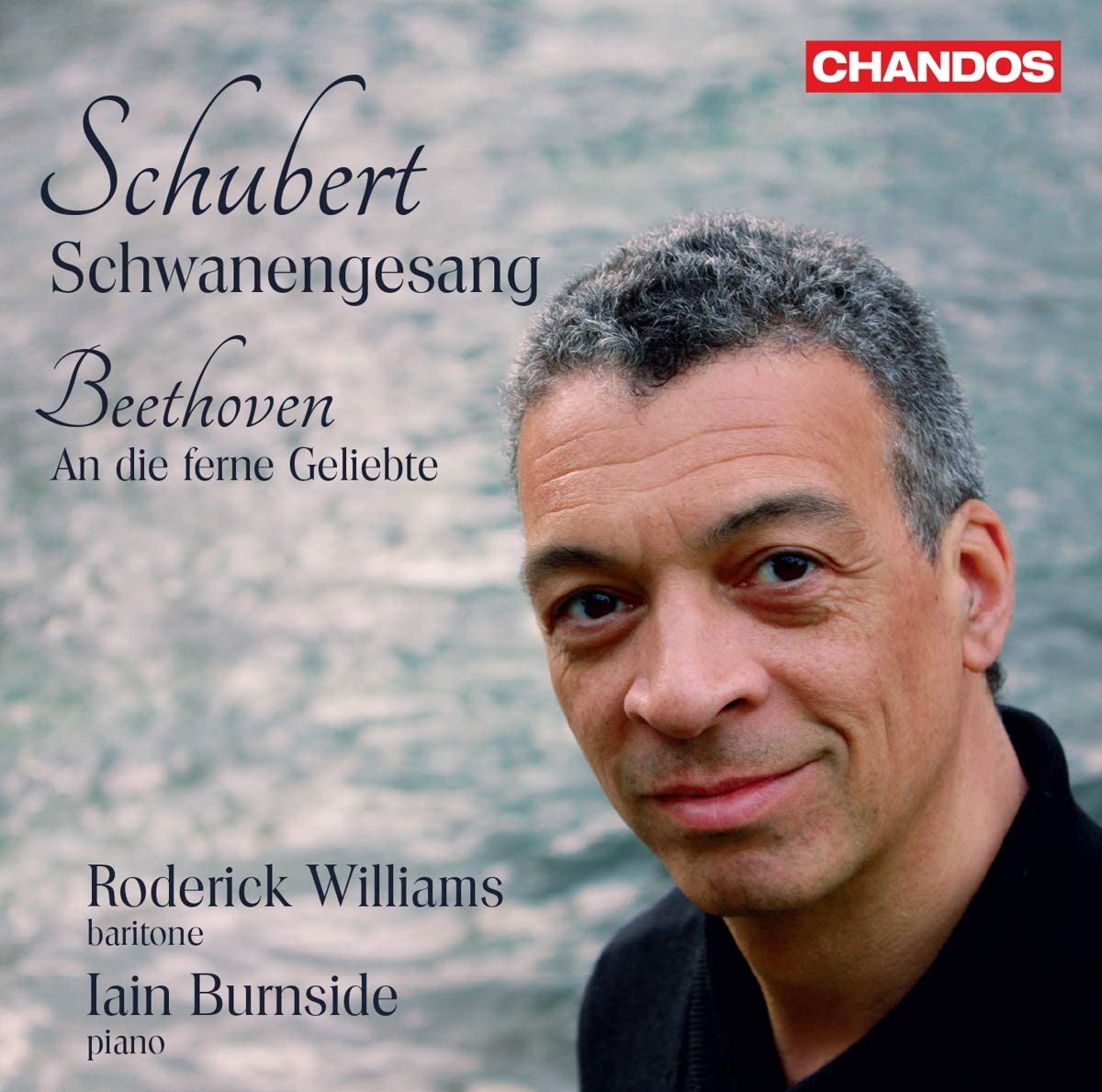 While recently hearing Matthias Goerne’s deadly serious Beethoven Lieder disc (DG, 4/20), I kept thinking that what this music really needs is Roderick Williams and his ever-buoyant treatment of text. And here he is with the pianist Iain Burnside, performing Beethoven’s meticulously integrated An die ferne Geliebte along with Schubert’s discursive, wide-ranging Schwanengesang.

Schubert is the disc’s main event, a fascinating unthemed collection of songs that was posthumously titled not by the composer but by his publisher, and which though widely recorded comes with no standard interpretative approach. At times, the composer expanded on many of his trademark techniques; at others, he went beyond the bleak, musically spare terrains of Winterreise. While some singers begin Schwanengesang with the weightier Heinrich Heine songs, Williams starts with the more tradition-based Ludwig Rellstab settings and from there successfully encompasses the huge range of vocal demands, seemingly with stronger identification with this music’s expanding artistic vistas than in his recording of Schubert’s more contained Die schöne Müllerin (8/19).

Any lyric baritone such as Williams plays by different rules from the likes of Hans Hotter (Warner Classics), the ideal Wagnerian voice for songs such as ‘Atlas’. In the larger picture of Schwanengesang, Williams has lovely tenor-ish colours put to good use but also summons, out of artistic willpower, more than the necessary amplitude for the dark confrontation of ‘Der Doppelgänger’. At the same time, Williams the composer is also making cool assessments of what the music needs. Though his ‘Der Doppelgänger’ is as intense as any I’ve heard, he doesn’t stretch the tempo to breaking point, with a timing (3'37") that’s at least a minute shorter than performances by Dietrich Fischer-Dieskau. This music may be Schubert composing on the edge of his early 19th-century world, but it’s still not Shostakovich.

On language matters, Williams sings German as a non-native speaker in the best sense, harnessing the words with a sense of discovery of how much closer they bring him to the archetypes within the various verses, to which he brings particular sympathy. And it’s on this front that his reading of the Beethoven cycle shines, with a feeling for the words that keeps the more strophically structured songs from seeming redundant, supported by Burnside’s sense of rubato that’s beautifully fashioned to the emotional temperature at hand. This disc doesn’t displace classic accounts – such as Goerne’s live pairing of the same repertoire with Alfred Brendel (Decca, 7/05), which John Warrack called ‘one of the great Lieder partnerships of the day’ – but stands beside them. Williams fires on all cylinders here, including some I didn’t know he had, and his longtime admirers won’t want to miss this.