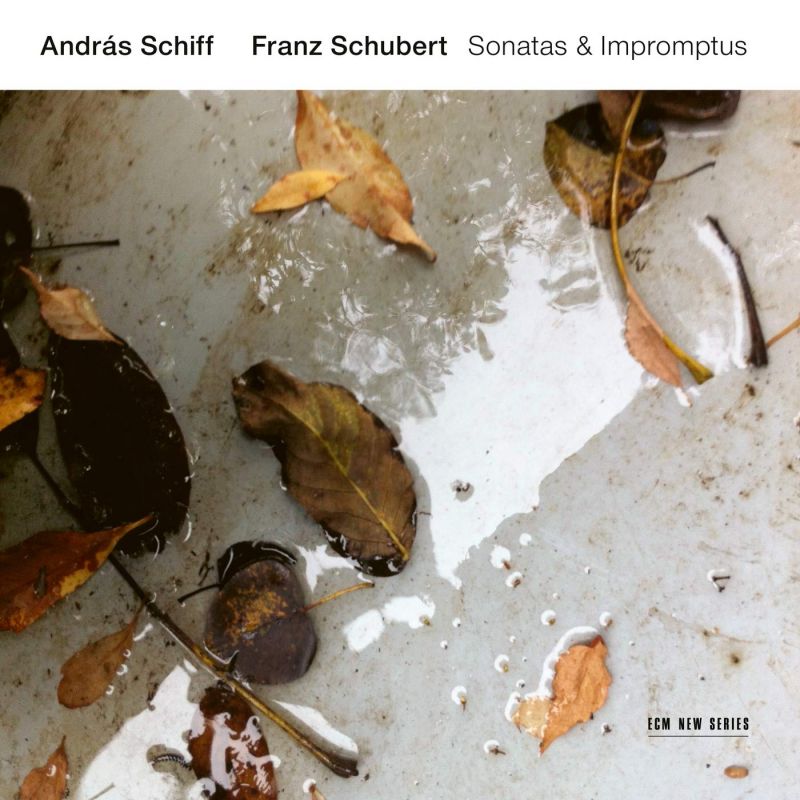 Here’s an analogy for András Schiff’s second disc in his survey of Schubert’s late works on his Brodmann fortepiano. Imagine a dark room that you’re used to seeing illuminated by electricity and whose every corner you believe you know – that’s Schubert’s C minor and A major Sonatas, the D899 Impromptus and the D946 Drei Klavierstücke. Now turn the light off and hold a candle – or perhaps better a chandelier, since András Schiff’s instrument is a six-octave pianoforte with four pedals – step into the same room and observe how everything seems to take on a new shape, colour and meaning, without having changed in essence. Yes, it takes a while for the eyes (ears) to get used to the new light (timbre) and its many subtle variations, and above all to forget about modern lightbulbs. You might never fully get used to the experience; but if you do, you may find yourself moved to tears and wish you could be surrounded by that aura for ever. The second of the Drei Klavierstücke alone should be enough to convince you to dwell here enraptured.

It is hard to speak here of drama and a sense of journey in the way that, say, Uchida’s readings evoke. And the colours are more or less dictated by the instrument, which, although it allows for softer-than-soft shades and provides some solutions for some of the most awkward of Schubert’s instructions, cannot match the quasi-orchestral textures offered by a modern piano. But instead what magical melancholy, and above all modesty, it enables. Schubert never cries loudly; his tears flow quietly. Schiff is a true master of the instrument and knows how to connect its resources to his individual, yet never mannered, Schubertian vision. Nor does he force anything beyond what the instrument allows, not even in the most famously turbulent episodes of the two sonatas. These remain intimate confessions of a generous soul.

Schiff is essentially a more private, less Beethovenian exponent than his principal fortepiano rival, Andreas Staier, and he cultivates a more pronouncedly ‘olden’ timbre. Both pianists are generous in their application of the sustaining pedal but Schiff’s instrument seems to have more distinct registers and variety of timbre. So if you are allergic to the fortepiano, perhaps Staier offers an easier transition; but if your concern is for emotional Schubertian truth, uniquely illuminated, Schiff’s new discs are boundlessly rewarding.