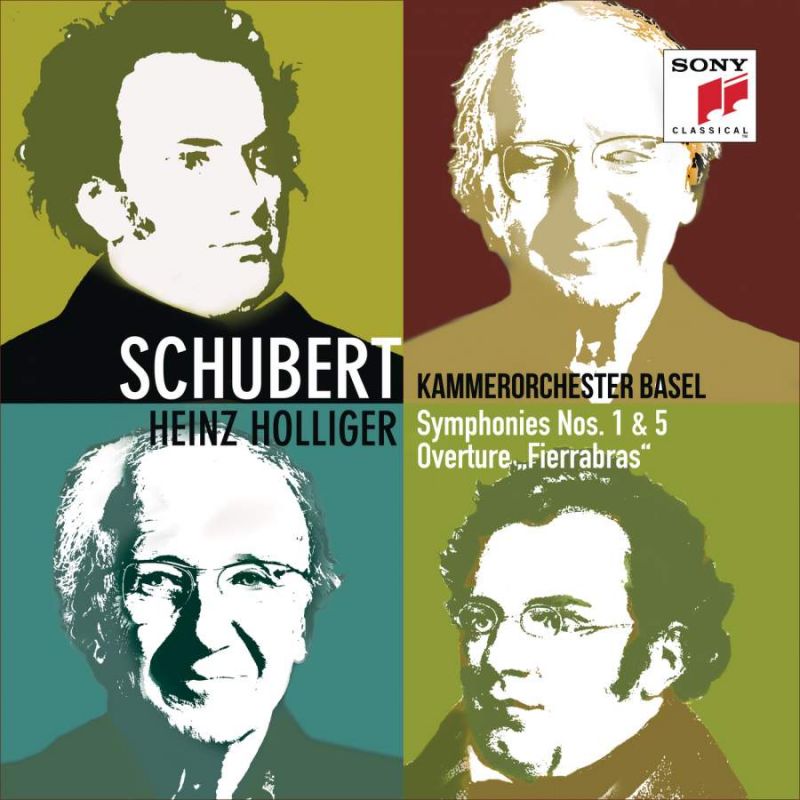 Having impressed earlier this year with a great Great C major (2/19), Heinz Holliger and his Swiss chamber players go back to the beginning with a disc pairing the First Symphony with the evergreen Fifth. The First has not lacked for recent recordings but this is perhaps the finest of them all, enhanced by a particular care for sonority and the clean lines afforded by a small, select band of soloists playing with reduced vibrato. There’s Holliger’s characteristic attention to woodwind sound – the recording provides a notably wind-orientated focus – and an uncommonly acute ear for phrasing, as witness, for example, the string ‘stings’ as the first movement’s development section gets under way (6'20").

The Andante is kept moving – somewhere in between the tempo of René Jacobs’s jog-trot and Rémy Ballot’s gentle meander – while the Minuet is brisker even than Jacobs’s. The finale moves along playfully but never sounds harried, which was a flaw in the B’Rock reading. The Fifth Symphony is similarly finely judged and one is once again aware of the particular care that has clearly been lavished upon it, without its ever sounding mannered or manicured.

In all, it appears that of the recently established Schubert symphony cycles, this might be one to look out for. If further enticement to investigate were required, then a curtain-raiser in the form of a particularly louring and intense Overture to the ill-fated opera Fierrabras only adds to the allure. It feels rather as if 2019 is turning into a vintage year for Schubert recordings. Lucky old Schubert – and lucky us!