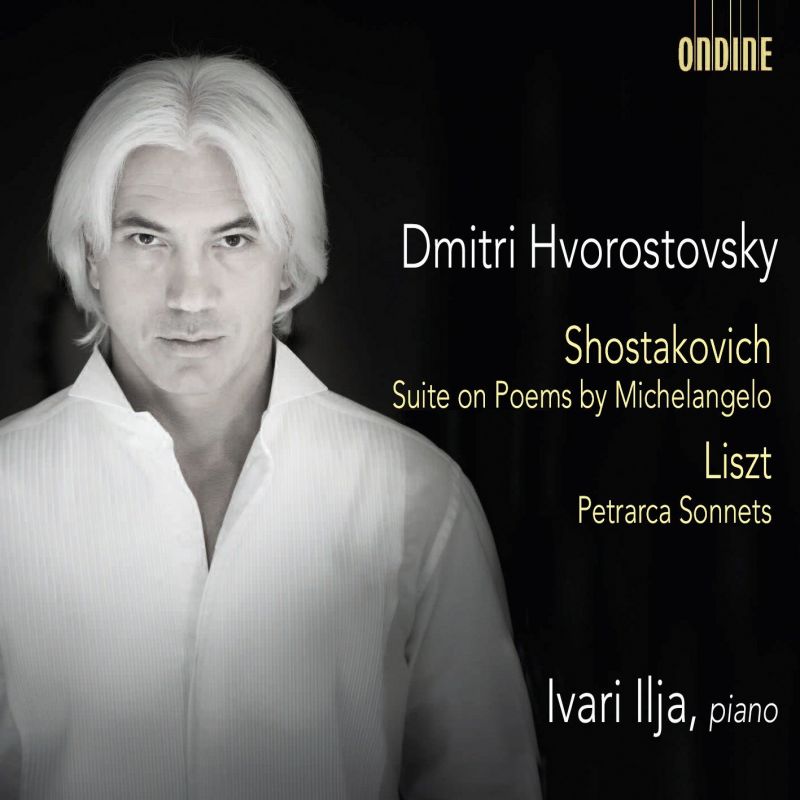 Dmitri Hvorostovsky has always been just as comfortable on the recital platform as on the operatic stage, a state of affairs happily reflected in the Siberian baritone’s discography, packed with songs by Rachmaninov, Tchaikovsky and Mussorgsky. But Italian poetry is the inspiration for this new disc, pairing Shostakovich’s bleak settings of Michelangelo (in Russian) with Liszt’s Petrarch Sonnets.

Shostakovich composed his suite of 11 songs to mark the 500th anniversary of Michelangelo’s birth, although the seed may well have been sown when he heard Benjamin Britten’s Seven Sonnets in Moscow in 1966. Evgeny Nesterenko gave the world premiere in 1974 and recorded the cycle the following year under the composer’s watchful eye.

Hvorostovsky’s baritone isn’t as saturnine as Nesterenko’s bass, of course, but the compensation comes in the heroic ring in his upper register. But there’s no grandstanding here, as can be his way in opera. Hvorostovsky offers searching readings of these rugged, jagged songs which are full of resignation and bittersweet regret, of loss and separation. The later songs anticipate death, yet the final offering, ‘Immortality’, thumbs a nose at death in an insolent piano part – death cannot destroy the artist’s legacy – where the nursery-rhyme simplicity is reminiscent of the Fifteenth Symphony’s ‘toyshop’.

Ivari Ilja, Hvorostovsky’s regular accompanist, catches the prickly anger in ‘Creativity’, hammering at his forge. Ondine captures richer piano tone than Melodiya’s rather shrill recording. Although Nesterenko is more anguished in characterisation, Hvorostovsky caresses the vocal line more in songs such as ‘Night’, with fewer intrusive intakes of breath than on some of his discs. There are few things finer than Hvorostovsky in full flight and Liszt’s Petrarch Sonnets allow him the chance to open up the Italianate warmth in his baritone, with impassioned accounts, especially of Sonnet 47.

Suite on Verses of Michelangelo