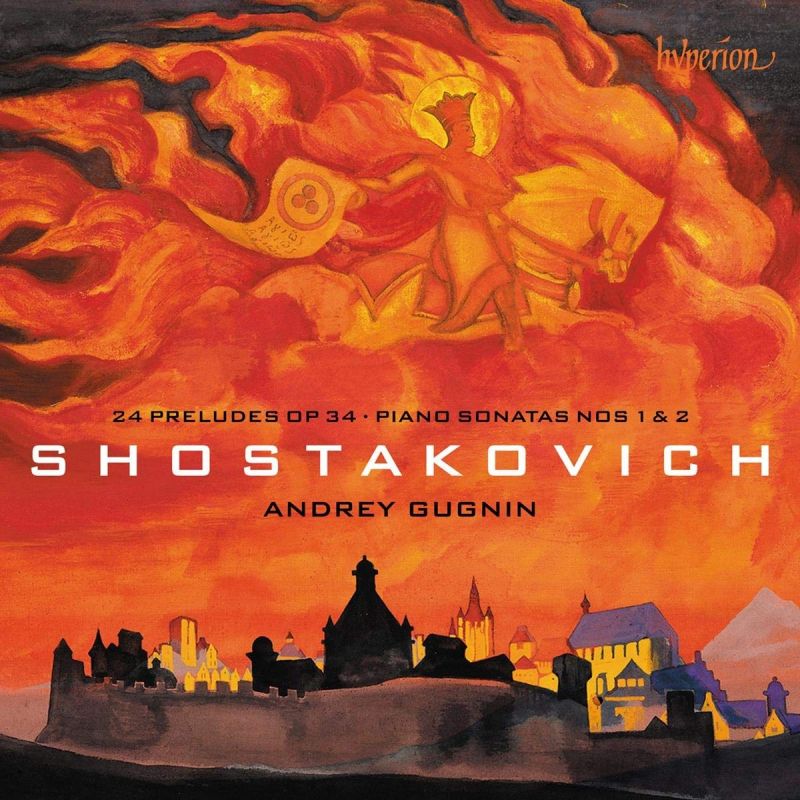 The controversy surrounding the 1979 publication of Solomon Volkov’s Testimony, four years after the death of Dmitry Shostakovich in Moscow, has assured the composer’s posthumous reputation a musicological and popular currency unlike any other figure in 20th-century music. Of the artists whose careers were contorted or ended by the Soviet system, ranging from Solzhenitsyn, Akhmatova, Mandelstam and Pasternak to Yevtushenko, Eisenstein, Tarkovsky and Komar & Melamid, none perhaps has emerged as more emblematic than Shostakovich. Alternately the poster child and whipping boy of Soviet music throughout his life, with all the sinister implications of such ambiguity, the wonder is that he continued creating until the end. These circumstances place dispassionate valuation of Shostakovich’s artistic legacy virtually beyond reach, and probably will for some time. Yet compared with the impenetrable thicket of coded ideological portent now ascribed to the symphonies and string quartets, the piano music seems to offer a sunlit clearing. Enter Andrey Gugnin, of whose piano-playing it’s all but impossible to get enough.

Gugnin was born in 1987, making him four years old when the USSR finally called it a night. It might be argued that, to the extent that he is an inheritor of Soviet traditions but came of age under the Russian Federation, Gugnin is less burdened with the extramusical baggage that seems the starting point of so many Shostakovich interpretations. More relevantly, Gugnin possesses an extraordinarily versatile and agile technique, which serves an often inspired musical imagination.

The Preludes, Op 34, are the heart of the recording. These are the pieces in which Shostakovich’s pianistic imagination ranges most freely; their mercurial flights of fancy seem tailor-made to Gugnin’s gifts. No 4, the longest at 3'02", unfolds in faux-learned polyphony, delivered here with relaxed insouciance. Those requiring the utmost pianistic finesse – No 2, No 10 with its delicate trills or the gentle barcarolle-like rocking of No 19, for instance – are poised and discreet, without veering toward preciousness. No 13 could be a mini-sketch for the Pyramus and Thysbe scene of Britten’s A Midsummer Night’s Dream a quarter of a century before the fact. Gugnin tosses off some of the more virtuoso, such as Nos 5, 9 and 20, as mere child’s play. He also discerns great variety in Shostakovich’s antic circus mode, be it the riotous No 11, the toy soldiers of No 16 or the rude polka of No 24, each containing the perfect blend of slapstick, mockery and the caustic grotesque. Gugnin moves between these vividly delineated miniatures so effortlessly that William Kapell’s 1945 recording of a few of them sounds almost prosaic by comparison.

Shostakovich’s Second Sonata, like his piano masterpiece, the Second Piano Trio, was written in response to the death of a friend, in this case a pianist at the St Petersburg Conservatory, Leonid Nikolayev, who taught Sofronitsky and Yudina as well as the composer. Gugnin, who after all is the past master of the Beethoven-Liszt symphonies, evokes all the colours of Shostakovich’s mature orchestral palette in this stunning performance. Following the desolation of the Largo middle movement, a vast lake of lonely bereavement, the extended finale develops an inexorable momentum and mass that is irresistible.

This splendidly recorded disc also contains a superb First Sonata and a tiny excerpt from the ballet The Limpid Stream. I urge you not to miss it. We’re going to be hearing a great deal more from Andrey Gugnin.