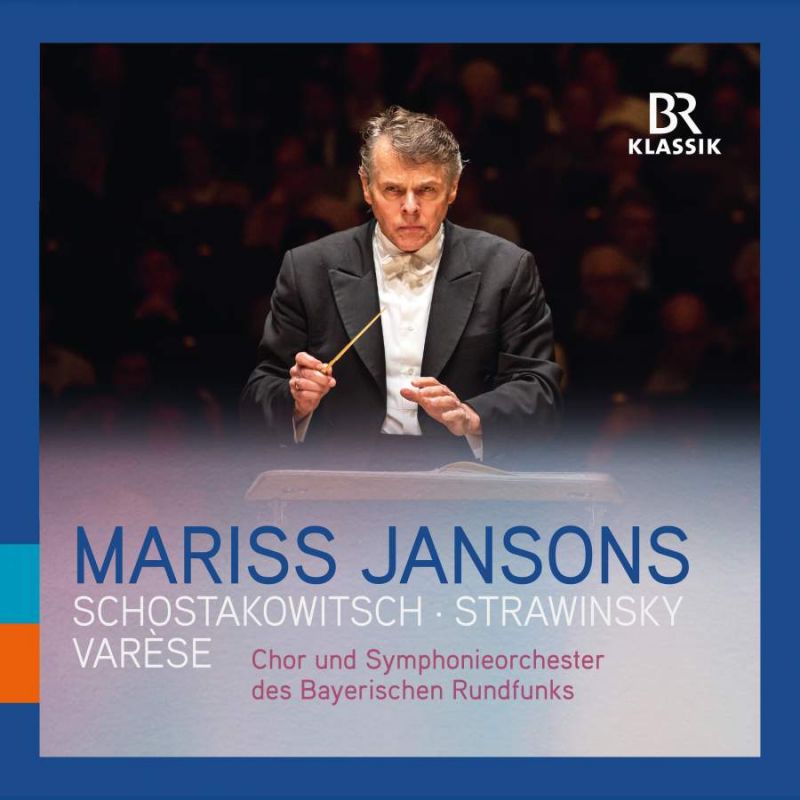 Available to download or in the context of a 75th-birthday box, this generous 20th-century portrait mixes the relatively unexpected with repertoire commonly associated with its conductor.

Mariss Jansons first recorded Shostakovich’s Sixth in Oslo as part of a peripatetic symphony cycle 17 years in the making (EMI, 11/06). The present account would seem to be that first released by BR Klassik in tandem with Tchaikovsky’s Pathétique (8/14). It’s gloriously played, as one expects from this source, if without the emotional urgency and refreshing lightness of Paavo Järvi’s recent Estonian Festival version (Alpha, 3/18). I find Jansons’s first movement too fast, the rest trim rather than dangerous.

While the other pieces might not look like core Jansons fare, both featured previously in his 2011 12 concerts with the Royal Concertgebouw Orchestra. Indeed, alternative relays are available as part of that orchestra’s own-label anthology: ‘Mariss Jansons Live – The Radio Recordings 1990-2014’ (RCO15002). True to form, things have slowed down a little since those dates, not that there’s any loss of focus or control. Has Amériques (given here in its extravagant 1922 guise) ever sounded more beautiful? Atmospheric recorded sound projects the darkly luminous textures the conductor routinely achieves in Munich, the urban cacophony evoked by Varèse’s vast array of percussion tempered by impeccable musicianship.

Stravinsky’s Symphony of Psalms retains sufficient urgency where it matters most and boasts the usual fine tuning, precise chording and attention to detail. Less happily, the choral contingent contains some matronly voices and the soft-grained sound can turn a bit woolly. The rapt closing section has become more ruminative, not quite somnambulistic, closer than before to the emotive manner favoured by Leonard Bernstein (ICA Classics, 6/14).

All these recordings were captured live although applause is retained only after the Varèse and Shostakovich items.