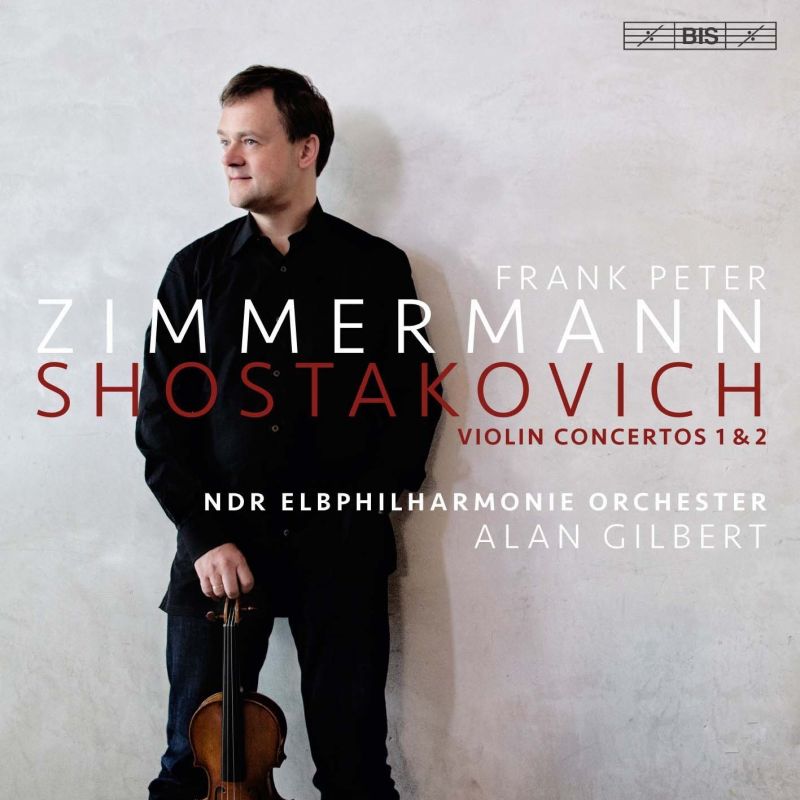 Of this pairing of Shostakovich’s two violin concertos, it is Frank Peter Zimmermann’s performance of the First which will raise eyebrows. It’s fast. In the first-movement Nocturne he’s nearly three minutes faster than David Oistrakh, the concerto’s dedicatee, himself pacier than most violinists. And Zimmermann clocks in a couple of minutes faster in the Passacaglia (nearly four minutes quicker than Maxim Vengerov or Sergey Khachatryan). But is Zimmermann breaking the speed limit? He uses the autograph manuscript, with Shostakovich’s own metronome markings and bowing instructions. In my Boosey & Hawkes edition the first-movement Moderato is marked crotchet=92, and this is the pretty much the tempo Alan Gilbert sets the NDR Elbphilharmonie. Likewise the Passacaglia’s Andante (crotchet=84). It certainly makes you sit up and hear this concerto in a new light, but the flow impedes the dark sense of brooding we’re used to feeling.

Zimmermann pursues the Passacaglia’s cantabile line with lyrical ease but can also produce a darker, uglier sound when appropriate, spitting ferociously in the Scherzo and producing icy glissandos. With Oistrakh, every note is drenched in pain or doused in sarcasm. Zimmermann doesn’t plumb those depths but does conjure up impish colour in the nose-thumbing Burlesque.

The performance of the Second Concerto is at more conventional tempos. Zimmermann floats a ghostly danse macabre in the first movement, where orchestral flecks are reminiscent of the Tenth Symphony. The tom-tom makes a disappointingly dull thud but the muted NDR horns snarl fiercely. Certainly a disc worth hearing.