Bold, perceptive Sibelius from an outstanding young conductor and a highly responsive orchestra 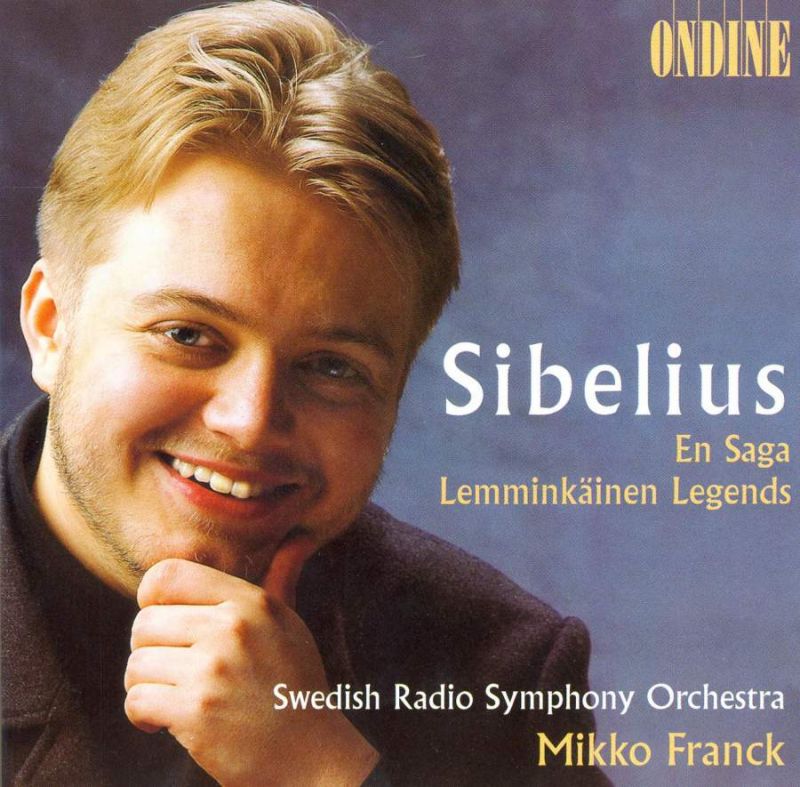 Still only in his early twenties, a private pupil of Jorma Panula and yet another outstanding product of the Sibelius Academy’s conducting class, Mikko Franck presides over the most intrepidly individual and pungently characterful performance of the Lemminkainen Legends to have come my way since Leif Segerstam’s 1995 Helsinki PO account for this same Finnish label. Clocking in at an eyebrow-raising 53'48'' overall, Franck’s conception evinces an unhurried authority, a generous expressive scope and a richly stocked imagination remarkable in one so young.
‘Lemminkainen and the Maidens of the Island’ unfolds in especially gripping fashion here. Even more than Segerstam, Franck takes an extraordinarily long-breathed, flexible view of this heady tableau, imparting an unashamedly sensual voluptuousness to the secondary material in particular. It’s a risky, impulsive approach, but one that certainly pays high dividends in terms of intoxicating sweep, brazen ardour and, well, sheer daring. Both ‘The Swan of Tuonela’ (which, in a refreshing change from the norm these days, Franck places second, according to Sibelius’s final wishes) and ‘Lemminkainen in Tuonela’ combine dark-hued grandeur with tingling atmosphere, the latter’s haunting A minor central episode handled with particular perception. True, ‘Lemminkainen’s Return’ lacks something in animal excitement, but its unruffled sense of purpose, rhythmic spring and sinewy, clean-cut textures serve up plenty of food for thought none the less.
The Legends are preceded by an uncommonly fresh En Saga, brimming with watchful sensitivity and interpretative flair, and once again studded with revelatory detail (the strings’ momentary dissonance at 5'32'' in the score, bar 29 after fig H – to cite just one example from many – really makes you sit up). Throughout, the Swedish RSO responds with heartwarming application and genuine enthusiasm, audibly galvanised by Franck’s fervent, always invigorating direction. The engineering, too, is very good, without perhaps being absolutely in the top flight.
An auspicious recording debut, then, from a young artist of clearly prodigious potential. We’ll be hearing a lot more from Mikko Franck in the years ahead, of that I have not the slightest doubt.'