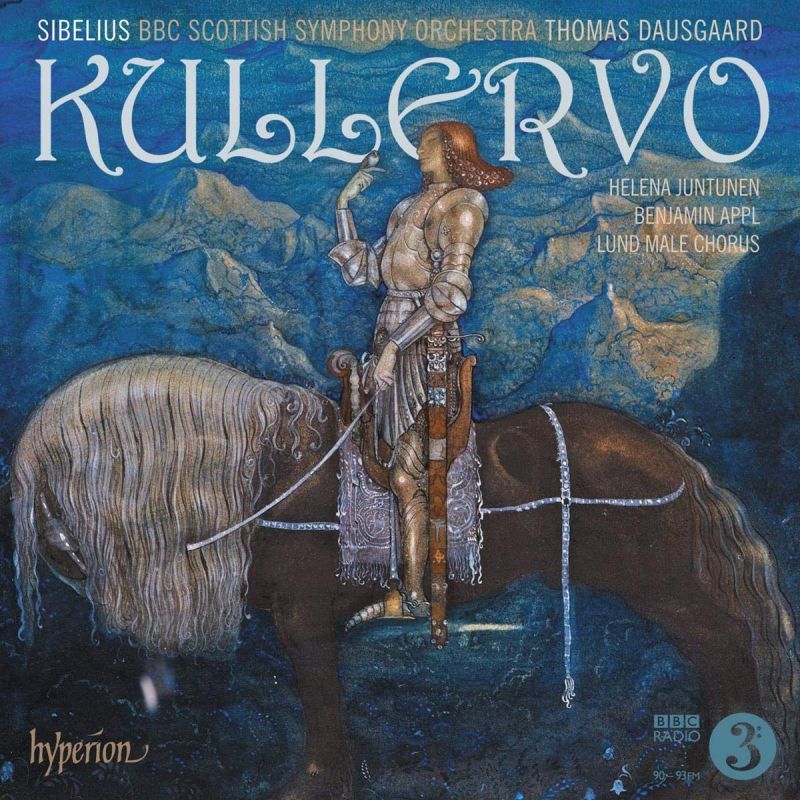 Set down hard on the heels of an acclaimed concert performance in Glasgow during May 2018, Thomas Dausgaard’s new recording of Kullervo has lots in its favour. Not the least of its many virtues is the enthusiastic, scrupulously prepared and rhythmically spry contribution of the BBC Scottish SO (a shout-out to their crisply articulate strings and irresistibly ‘vocal’ woodwinds in particular). Plaudits, too, for Dausgaard’s purposeful, keen-eared direction, some shrewdly chosen tempos ensuring that Sibelius’s daringly ambitious scheme unfolds with impressive cumulative power; certainly, his lithe, red-blooded handling of the remarkable central scena (‘Kullervo and his sister’) plunges the listener into the thick of the action – an impression reinforced by the comparatively upfront balance afforded to soloists Helena Juntunen and Benjamin Appl (both of whom cover themselves in glory). The Lund Male Chorus respond with exemplary discipline and commitment, though occasionally I found myself craving the greater tonal heft and irresistibly idiomatic delivery of the text provided by a formidably experienced Finnish ensemble such as the YL Male Voice Choir. Sound engineer Simon Eadon secures excitingly vivid and commendably detailed results, albeit the actual acoustic is wanting just a fraction in beguiling bloom and ambient glow.

Much to enjoy, then, and if Dausgaard’s invigorating conception doesn’t always evince that last clinching ounce of home-grown authority, brooding atmosphere and epic sweep of my own favoured triumvirate – namely Osmo Vänskä’s Lahti SO version (BIS, 5/01), as well as those superb Helsinki PO remakes from Paavo Berglund (Warner, 4/86) and Leif Segerstam (Ondine, 10/08) – its communicative zeal, thrusting energy and keen dramatic instinct effortlessly succeeded in rekindling my love for Sibelius’s youthful canvas. All told, a hearty welcome to this fresh-faced newcomer.