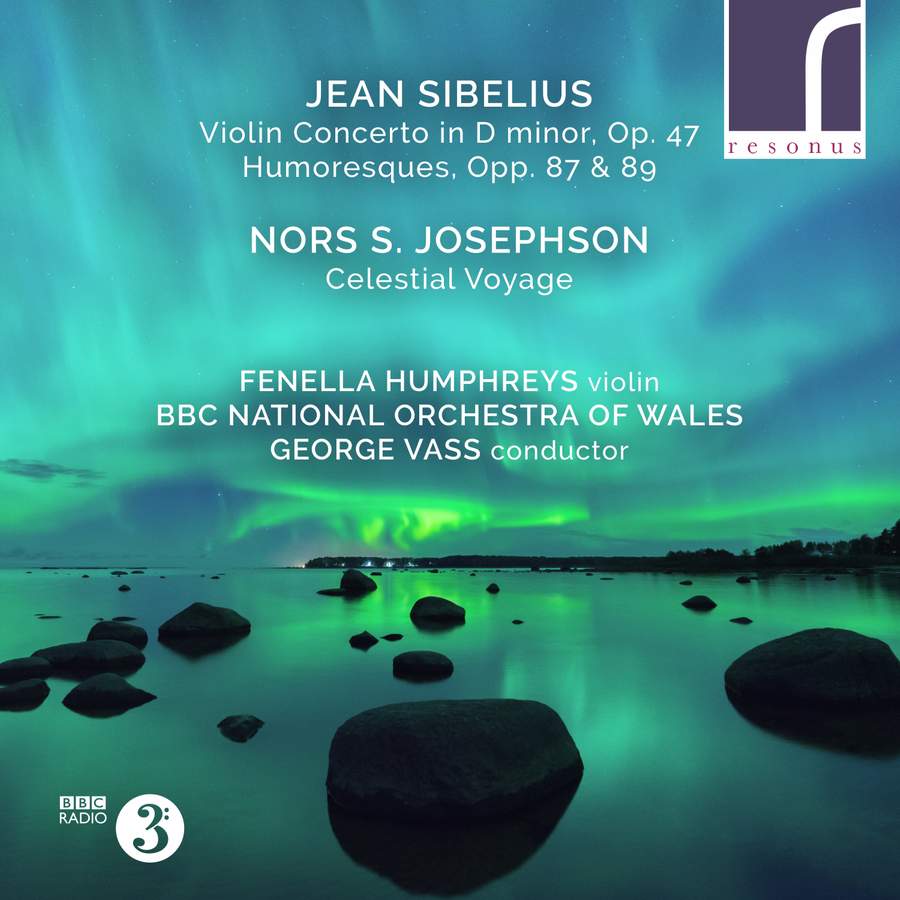 Fenella Humphreys wears her virtuosity lightly. She’s one of those very ‘contained’ players whose musicality looks you straight in the eye but never ever draws attention to itself. The inner tension is palpable tracing out the first subject of the Sibelius and yet the air barely moves over those opening pages. George Vass and the BBC National Orchestra of Wales give us ‘overcast’, ‘dark’, ‘forbidding’. It sounds … authentic.

But the most striking aspect of this performance and recording is the balance of soloist to orchestra. It feels so natural and so integrated, with the solo voice very much part of the orchestral fabric. Humphreys is not placed on some aural pedestal but is rather a small but determined voice in this wilderness. And it’s the way she relates to her surroundings – and they to her – that draws one in. You might say – and I mean this as a compliment – that she is not the centre of attention. The interplay of voices is what fascinates the ear, even in a work as familiar as this one. All kinds of textural and harmonic interest. A whole lot of listening is going on in this performance. A whole lot of honesty too.

The couplings are shrewd. Sibelius’s Six Humoresques (all of a piece despite the division into two opus numbers) are earthy and folkloric, and Humphreys enjoys both their charm and grit. With apologies to Stephen Sondheim, we are ‘into the woods’ with some abandon, footwork as nimble as the fingerwork. When Sibelius once described himself as ‘an apparition from the woods’, I think he caught the spirit of these pieces – delight and mystery. To that end, the elfin third Humoresque for strings alone is awash with wispy glissandos and capricious divisi effects – its own kind of extraordinary.

Nors S Josephson’s Celestial Voyage displays an unmistakable kinship with Sibelius (the composer is half-Swedish and has published extensively on Sibelius) but by his own admission also alludes to his passion for progressive rock and a hint of ‘Space Oddity’ that nods to the great David Bowie. So there’s a kind of open-hearted triumphalism about this brief journey to the outer edges of our galaxy. That said, the quietly celebratory cadenza that brings our protagonist – and the piece – home, so to speak, is a nice surprise and again speaks to Humphreys’s prowess and modesty.