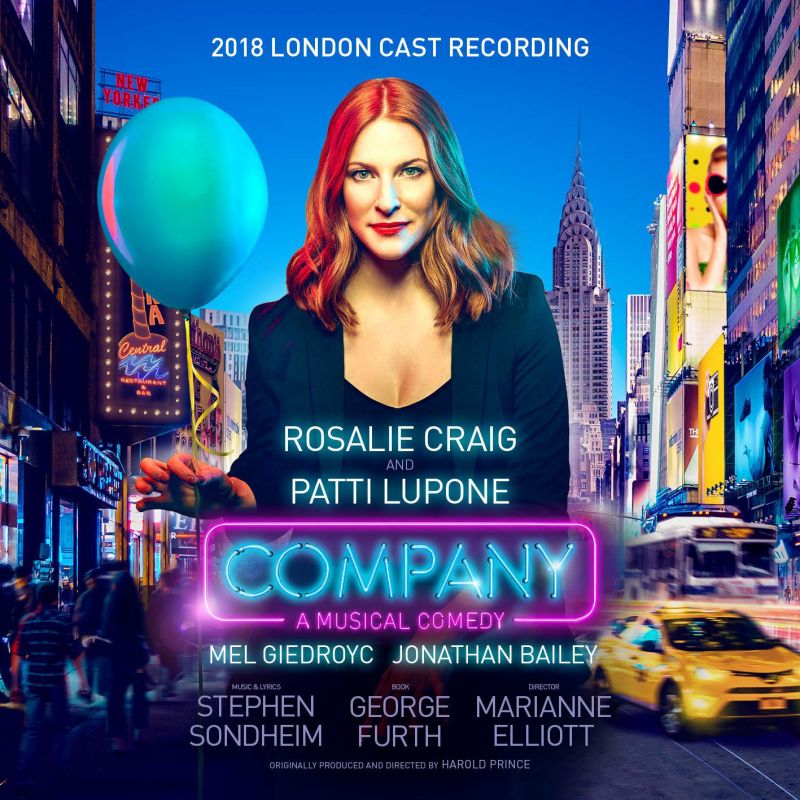 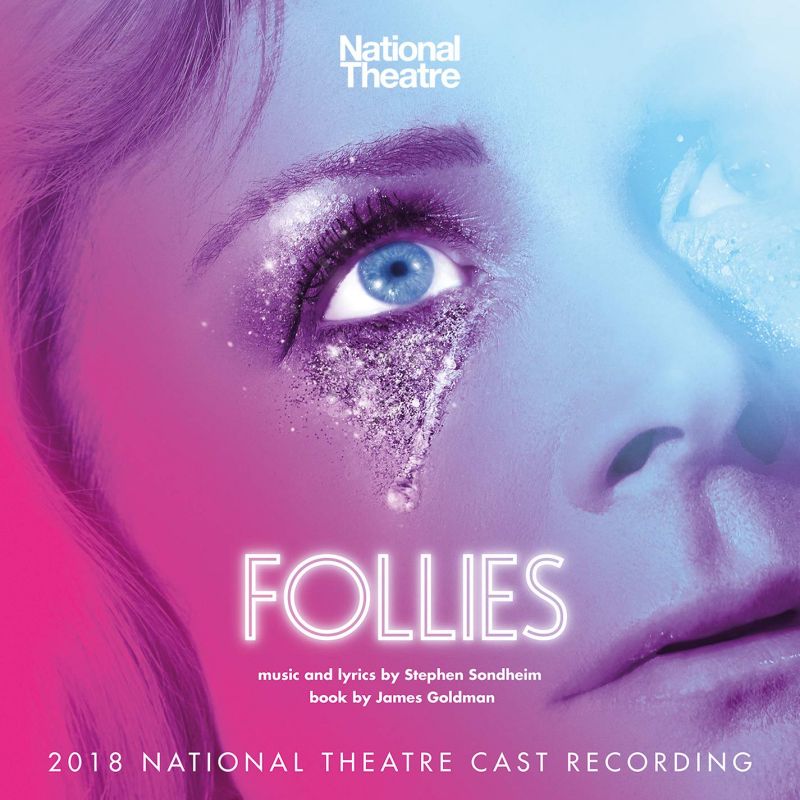 We should celebrate the fact that within the space of a year London has played host to stagings of not one but two Sondheim masterpieces that have all but redefined them in theatrical terms. Dominic Cooke’s handsome revival of Follies at the National Theatre worked wonders with parallel time lines mingling past and present relationships in ways that clarified and intensified James Goldman’s terrific book. Marianne Elliott’s revelatory gender reversed Company made even the composer question why he and George Furth had not written it this way in the first place.

Of course, cast albums like these can only remind us of the dramatic context – as realised by Cooke and Elliott – and serve as souvenirs of two great evenings in the theatre. What you hear is not – and can never be – wholly representative of what you have seen (in my case on several occasions). Then again, when Bobbie (yes, with an ‘i’) enters the mind-bending opening ensemble of Company it’s a whole new era for the show. He is a she (the marvellous Rosalie Craig) and by virtue of that fact we are already thinking of the show differently – from the perspective of a thirty-something female whose body clock is ticking away. Yes, there’s even a dance number called ‘Tick tock’.

And, of course, a female Bobbie means gender reversal all round. Girls become boys and boys become girls and numbers like ‘You could drive a person crazy’ (now the male equivalent of the Andrews Sisters) and ‘Have I got a guy for you’ shift perspective in amazing ways. One of the great joys of this cast album is the clarity of redefined harmonies in the ensembles, the male/female shifts altering the musical balance in ways that those of us familiar with the exciting (and irreplaceable) Original Broadway Cast album will find fascinating. Of course, Elliott’s version is also an update and David Cullen’s new orchestrations wrench the score from the twangy guitar and synthesiser-led ’70s vibe and shift it to a cooler, mellower place. It loses some of its edge and excitement along the way – especially in the aforementioned dance number ‘Tick tock’ (which now underscores a narrative sequence featuring ‘a multitude of Bobbies’) – but it serves the look and feel of Elliott’s show completely and underlines just how receptive this and other of Sondheim’s masterpieces are to our changing times.

So Jonathan Bailey’s frantic Jamie is ‘Getting married today’ and his panic and demented patter is thrown into even greater relief by the rapture of his soon-to-be-husband Paul (Alex Gaumond). Then there are Bobbie’s unsuitable male suitors like the trolley-dolly Andy (Richard Fleeshman), whose ripped body prompts a timely slip of the tongue on his name – Randy – but does nothing to alleviate the boredom emanating from his empty mind. Yes, girl power rules here. And isn’t it fascinating how the climactic eulogy ‘The ladies who lunch’ – delivered with withering deliberation by Patti LuPone’s Joanne – is somehow more pungent when addressed to one of ‘the girls who just watch’. As I say, that girl Rosalie Craig – picked out in red like a veritable Alice through the looking-glass – is marvellous, super-intense and so moving in the eleven o’clock number ‘Being alive’.

And just as Company continues to have its finger on the pulse of gender-neutral relationships, so Follies at once celebrates the glories of a bygone era while scrutinising the perils of nostalgia. Again there is no substitute for the remastered Original Broadway Cast album – it pretty much changed my life in the early days of discovering musical theatre – but Jonathan Tunick’s opulent orchestrations (recreated here with Josh Clayton for a 21-piece band) still invoke the essence of Broadway and Sondheim’s score is a cavalcade of numbers reflecting the public and private faces of its characters. The amazing Follies sequence where the characters’ individual dramas are played out in the context of the show they once so revered is one of the great surprises in musical theatre history. Indeed, the way in which Sondheim distinguishes in his score between the personal numbers and the Follies numbers – elevating pastiche to the point at which you would swear that these are in fact classic songs you have known all your life – is alone testament to his genius.

Like all great productions, this one has adapted to the changes in casting since this, its first outing – but Janie Dee’s pitch-perfect Phyllis has been with the show all along and remains pretty definitive, not least in the way she nails every caustic one-liner in James Goldman’s book. Imelda Staunton as Sally is more controversial, to my mind shifting the dynamics at the heart of the show with her explosive nervous energy. The close scrutiny of the recording is not kind to her singing, removed as it is from the context of her performance. I’m afraid the quiet, more inward moments of her two great numbers – ‘In Buddy’s eyes’ and ‘Losing my mind’ – require the ability to ‘spin’ sound in the upper register and sadly that just isn’t in her gift. ‘Losing my mind’ is, of course, a nervous breakdown disguised as a torch song and there’s no question that Staunton’s acting abilities make the climax pretty harrowing.

The men – Philip Quast’s Ben and Peter Forbes’s Buddy – are marvellous, the former so exciting vocally and startling in his eventual breakdown, the latter brilliant in the ultimate sad clown song ‘Buddy’s Blues’. Likewise the ultimate Lehár pastiche ‘One more kiss’, which the great Josephine Barstow imbues with so much pathos.

And there is Tracie Bennett’s Carlotta with the number ‘I’m still here’, which is the apogee of Sondheim’s great gifts as a lyricist fast-forwarding through decades of American social history. That’s not a song; that’s an entire era.