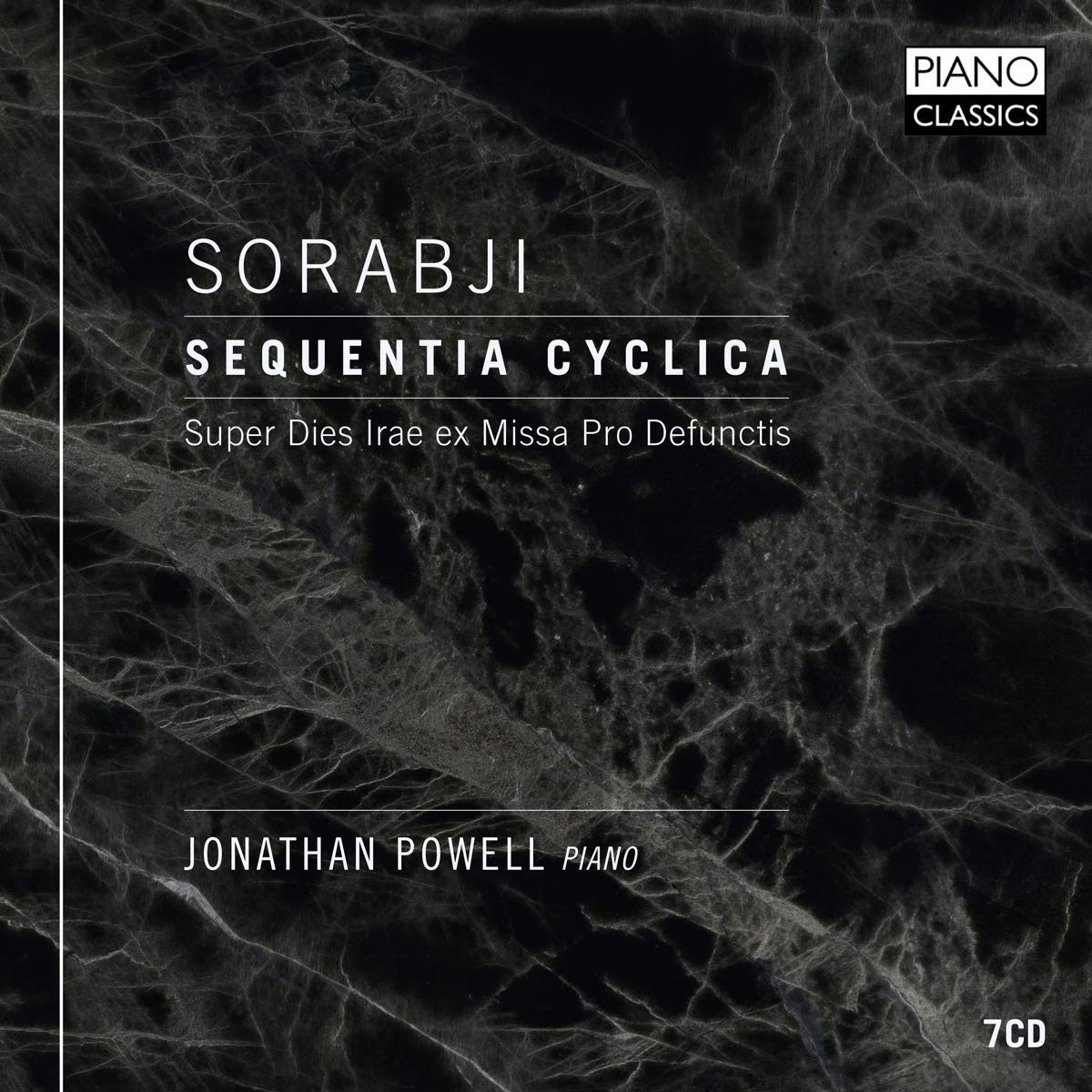 ‘Because it’s there’ was George Mallory’s response as to why he was climbing Everest, yet it might equally apply to any pianist who attempts one of the numerous epics by Kaikhosru Sorabji. Not least Jonathan Powell, whose dedication to this composer has now extended to Sequentia cyclica super Dies irae ex Missa pro defunctis, which, at nearly eight and a half hours, makes the once infamous Opus clavicembalisticum a rather middling Himalayan peak even if, given the likely even longer Symphonic Variations, it is still only Sorabji’s K2.

Written between the end of 1947 and April 1949, with a dedication to Egon Petri, Sequentia cyclica was partly a response to an earlier set of variations on ‘Dies irae’ with which Sorabji had become dissatisfied. Not so this work, which he regarded as his greatest achievement up until his death almost four decades later. The present endeavour is the result of an 18-month process when the 335-page score was concurrently typeset and learnt, culminating with the first complete public performance in Glasgow on June 18, 2010. Several more have followed, including one in Oxford prior to this recording. The outcome is a formidable test of stamina even for sympathetic listeners – but there is no reason why anyone predisposed should avoid acquaintance with music so dense and multifaceted yet, for the most part, highly absorbing.

The crucial point being that, for all its length and complexity, Sequentia cyclica comprises 27 variations that are clearly differentiated from and between each other, thereby inviting listeners to select their own sub-sequences (much as pianists have often chosen their own selections from Messiaen’s Vingt Regards or Catalogue d’oiseaux). A good place to start is the relatively succinct or self-contained variations, such as those initial three that follow the presentation (deceptively calm in its brooding expectancy) of most of the 13th-century chant, from which the compendious nature of Sorabji’s pianism together with his expressive range (often combative and rarely ingratiating, though not without humour) can readily be gleaned. Alternatively, head straight for the fourth disc, which comprises Vars 14 to 21 and takes in such as the impetuous ‘Hispanica’, alluring ‘Quasi Debussy’ and quixotic ‘Legatissimo, dolce e soave’: a sequence as contrasted as that of Vars 23 to 26, which itself amounts to a sonata-grouping that exudes Alkan-like fervour and panache.

Hardly less assimilable are the three extended slow variations positioned towards the centre of the sequence – thus the nocturne of Var 10 with its intricate textures and often claustrophobic ambience, the aria of Var 13 with its (unusually) affecting emotional poise, or the ‘Punta d’organo’ of Var 14 with its hypnotically repetitive anchor-pitch and its increasingly ominous aura. If some of those shorter variations would make for judicious encores, then any of these three would make for substantial and provocative additions to an enterprising recital.

Inevitably, it is the three largest variations that dominate Sequentia cyclica and, between them, account for almost half its length. Of these, Var 4 is a chorale prelude that unfolds across stately waves of activity to its majestic peroration; Var 22 is a Passacaglia with 100 variations such as outstrips that in Opus clavicembalisticum in sheer compositional resource while also avoiding its tendency to overt exhibition; finally, Var 27 is a cumulative sequence of fugues from two to six voices which are, for the most part, methodical and understated in content as they build purposefully to a suitably hair-raising stretto, followed by a coda whose seismic pedal points conclude the whole opus with glowering finality. At which point, those who have stayed the course might wish to replay the theme so a ‘large-scale tritone relationship’ can be made the more explicit.

It remains to add that, throughout its epic entirety, Powell is a dedicated as well as perceptive exponent. He leaves nothing to chance technically, while also going further than any other of Sorabji’s advocates in conveying an experience that, whatever its transcendental (and not a little self-regarding) virtuosity, is undeniably informed with the desire to communicate. His Steinway D is well served by Piano Classics’ wide-ranging if occasionally unyielding sound, while Powell’s annotations provide both a detailed introduction and in-depth listening guide.

Whether or not Sequentia cyclica is Sorabji’s defining masterpiece (and the are some comparable epics that are still unheard), it is likely to remain his most inclusive and revealing major statement: a wilful yet engrossing challenge that, in Powell, has met its match.