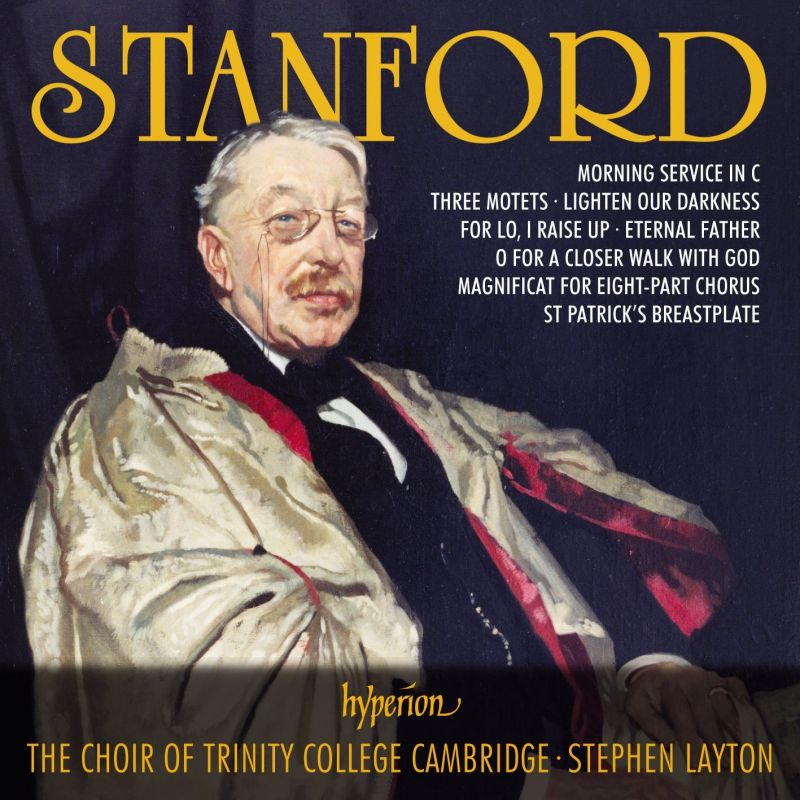 If a disc of sacred Victoriana conjures images of kid gloves and more-tea-vicar, then this is the recording to banish them once and for all. Tea cups are shattered along with prim liturgical proprieties in a recording that reclaims this repertoire as the full-blooded Christian battle cry that it is.

Recordings of Stanford’s great choral anthems are not short on the ground, but if any choir has justification to return to them it’s Trinity Cambridge. Many of Stanford’s works were written for the chapel where he was organist, and to hear pieces like the Three Latin Motets performed in situ adds an extra level of interest. To hear the accompanied works recorded in Hereford Cathedral complete with the mighty Father Willis organ is a bonus.

We start in Hereford, with a sensational (in the truest sense) performance of For lo! I raise up. Layton’s choir rides the surging waves of the organ part (played by Owain Park) with ease, bringing rhetorical clarity to the colourful text from Habbakuk and mining full dramatic potential from the anthem’s episodic contrasts. Drama is also at the fore in Lighten our darkness and Stanford’s joyous Bach-homage of a Magnificat, whose shifting moods and textures are clearly delineated in this breathless performance. It’s in works like these that Layton’s mixed-voice choir (complete with one of the most full-bodied top lines of the Oxbridge college choirs) really scores compared to rival recordings by the choral foundations of St John’s and New College, with their treble top lines.

The lovely Three Latin Motets emerge cleanly, with as little preciousness as possible. ‘Justorum animae’ is positively matter-of-fact, while ‘Beati quorum via’ is delicate but never anaemic. Layton even manages to keep sentimentality at bay through O for a closer walk with God and the rather limp C major Benedictus. By taking the music seriously, treating it with respect but not reverence, he gives it a freshness calculated to disarm even the staunchest of musical non-believers.