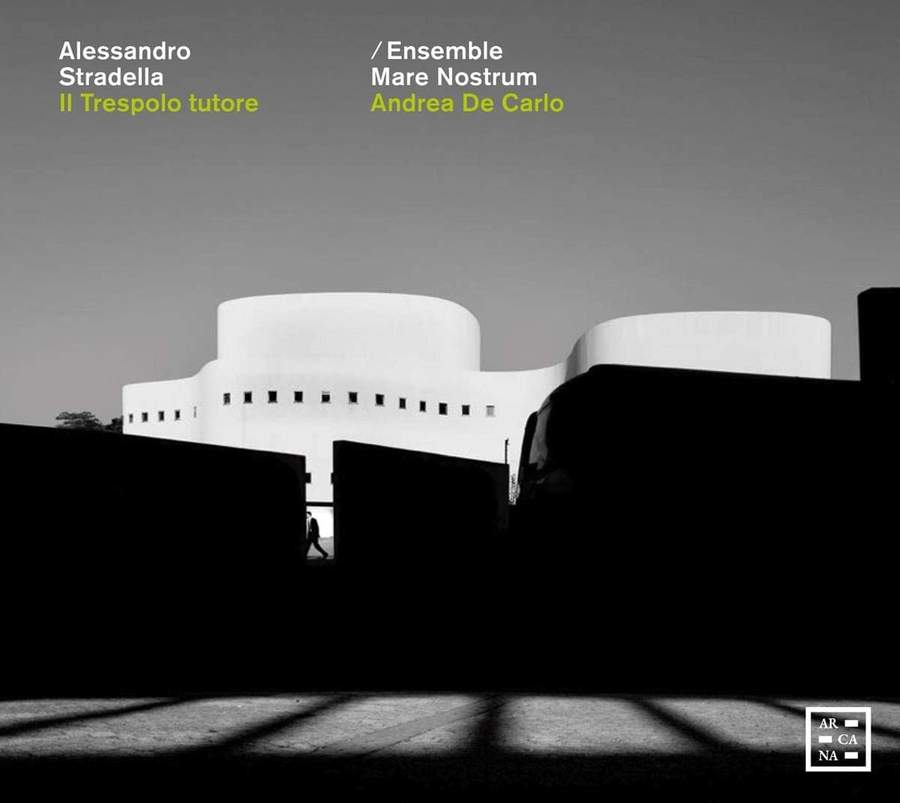 Previous issues in The Stradella Project, of which this is the sixth, have all been praised in these pages. Il Trespolo tutore – perhaps best translated as ‘Trespolo the guardian’ – was staged in Genoa in January 1679, three years before the composer’s untimely end. The libretto by Giovanni Cosimo Villifranchi was a versification of a play by Giovanni Battista Ricciardi called ‘Love is the poison and medicine of the mind’; which is pretty much how one of the characters sums up the story when he sings ‘the destiny of a blind child [Cupid] is to take away or grant freedom’.

The plot is of a mind-boggling complexity – and silliness – so here are just a few strands. In a reverse of the usual situation, Artemisia is in love with her guardian – or tutor – Trespolo. Despite her best efforts, Trespolo is too dim to see this, and instead pursues Despina. The brothers Nino and Ciro, sung by a countertenor and soprano respectively, are in love with Artemisia; Ciro is mad but regains his wits, while Nino starts sane but loses his mind. Trespolo convinces himself that Artemisia wants to marry Despina’s mother Simona, the nanny, who is not averse to the idea (all very modern). And so it goes on.

The music comprises secco recitative, sometimes leavened with arioso, alternating with brief arias. Some of these are accompanied only by the continuo; others include ritornellos for two violins, which occasionally engage in dialogue with the voice. Very rarely are voice and violins heard together. The only ensembles are two duets for the brothers. There are few nuggets. Artemisia has a wistful aria, ‘Quando mai fra tanti’, with a descending chromatic figure in the bass. Best of all is not one but two mad scenes for Nino. In its violent mood swings, ‘Oh, quanti soli’ looks forward to the famous scene in Handel’s Orlando (1733); indeed, Nino cites Orlando and Astolfo in his ravings. The second one, ‘Tarapatà’, introduces roulades and Monteverdian stile concitato. But by then it’s too late. The opera has sunk under the weight of its acres of secco recitative. One scene, lasting for nearly six minutes, consists of a seemingly endless misreading and explanation of Artemisia’s father’s will.

This is a pity, because the performance is excellent. All the predominantly Italian cast sound as though they have been living with the music for years. Riccardo Novaro has a round, well-focused baritone which he uses to good effect in his characterisation of silly old Trespolo. As Artemisia, Roberta Mameli brings a pleasing, fast vibrato to her opening plaint. If Silvia Frigato’s bright soprano is a little too girlish for Ciro, the rich countertenor of Rafa Tomkiewicz is perfect for Nino’s madness. Playing the nanny Simona in drag, like Arnalta in L’incoronazione di Poppea, Luca Cervoni avoids camping it up; while Paola Valentina Molinari makes a lively Despina. Led by the violinists Gabriele Pro and Domenico Scicchitano, with a battery of continuo players, Ensemble Mare Nostrum under Andrea De Carlo are spirited and stylish.

The translation of the libretto in the booklet is so inept in places that it’s hard to believe that the original wasn’t fed into a computer. A staged production, directed in the manner of Kiss Me, Kate or One Man, Two Guvnors (seriously!) could be a wow. But as a purely aural experience, two and a half hours of Trespolo demands reserves of patience that many might struggle to summon.