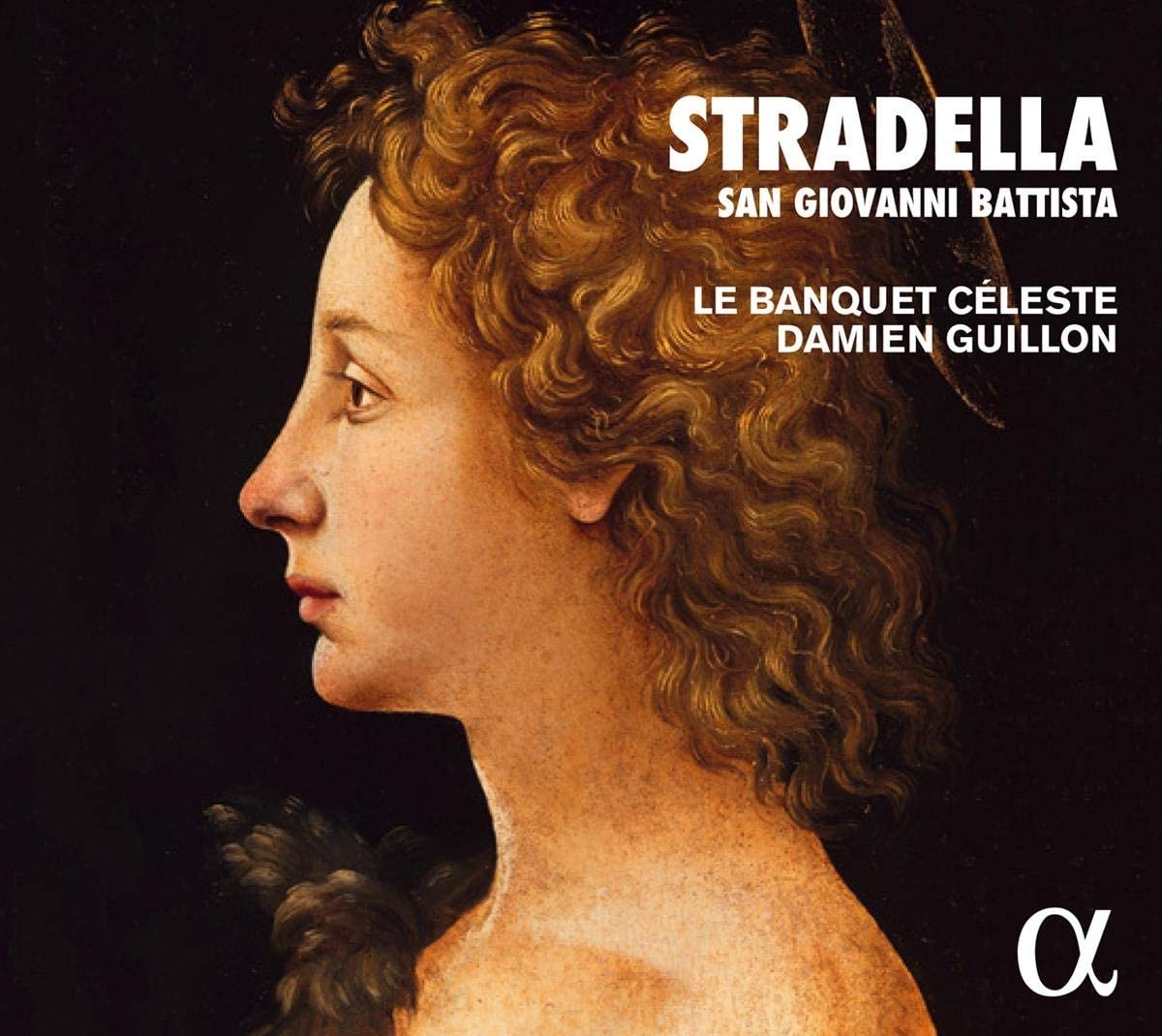 San Giovanni Battista was composed in 1675 for performance in the church of San Giovanni dei Fiorentini in Rome. Although an oratorio, not an opera, it’s highly dramatic. When John condemns Herod for marrying his brother’s wife, it is Salome (here called Herodias the Daughter) who asks if Herod will tolerate the insult; but, as in the New Testament, it’s ‘Herodias the Mother’ who tells her daughter to demand John’s head.

The four characters, together with the Counsellor, combine to form the chorus of John’s disciples or Herod’s courtiers. The instrumental group is divided into a concertino and a concerto grosso, who play in various permutations; Herod’s vengeance aria, ‘Tuonerà tra mille turbini’, is accompanied first by the latter, then by the concertino (tracks 16 and 17). The opening gives a good idea of the flexibility of both construction and instrumentation. As John bids farewell to his surroundings, secco recitative frames a tuneful arioso, still with continuo accompaniment, followed by a short passage for the concertino. Then, after an exchange with the disciples, a vigorous metaphor aria features both string groups together.

The part of John was first sung by the castrato known as Siface (whose departure after a brief stay in London was marked by Purcell with his harpsichord piece Sefauchi’s Farewell and who, like Stradella himself, was later murdered). Paul-Antoine Benos-Djian has a beautiful countertenor voice, full and even at both ends of his range, which he uses to superbly expressive effect. Olivier Dejean, not entirely comfortable with Herod’s low notes, is excellent at depicting the character’s bluster and uncertainty. Alicia Amo as Herodias the Daughter (Salome) is quite wonderful in her final aria, ‘Sù, coronatemi’, where she exults in John’s death with dazzling coloratura. The last number is a duet where Salome and Herod express happiness and torment respectively but ask ‘why, tell me, why?’, ending – clever Stradella! – on a questioning chord on the dominant.

Of earlier recordings, Tess Knighton welcomed one by Michael Schuster and La Stagione, but with reservations (DHM, 5/91). Nicholas Anderson was enthusiastic in his review of Marc Minkowski and Les Musiciens du Louvre (Erato, 10/92). Comparison with the excellent Hyperion recording shows some interesting differences: the Academia Montis Regalis have a much larger concerto grosso, which makes it easier to distinguish between the two string groups; I slightly prefer the lightness of Le Banquet Céleste. Salome’s aria is much faster than on Hyperion, where it’s assigned to the mother; whereas John’s ‘Io per me non cangerei’ is much slower, giving Benos-Djian the opportunity to relish the chromatic inflexions. (Incidentally, the track number is incorrectly placed in the booklet.)

Anybody who owns the Hyperion can rest content, but newcomers should try this present version under the excellent direction of Damien Guillon. The important thing is to get to know this ravishing piece.