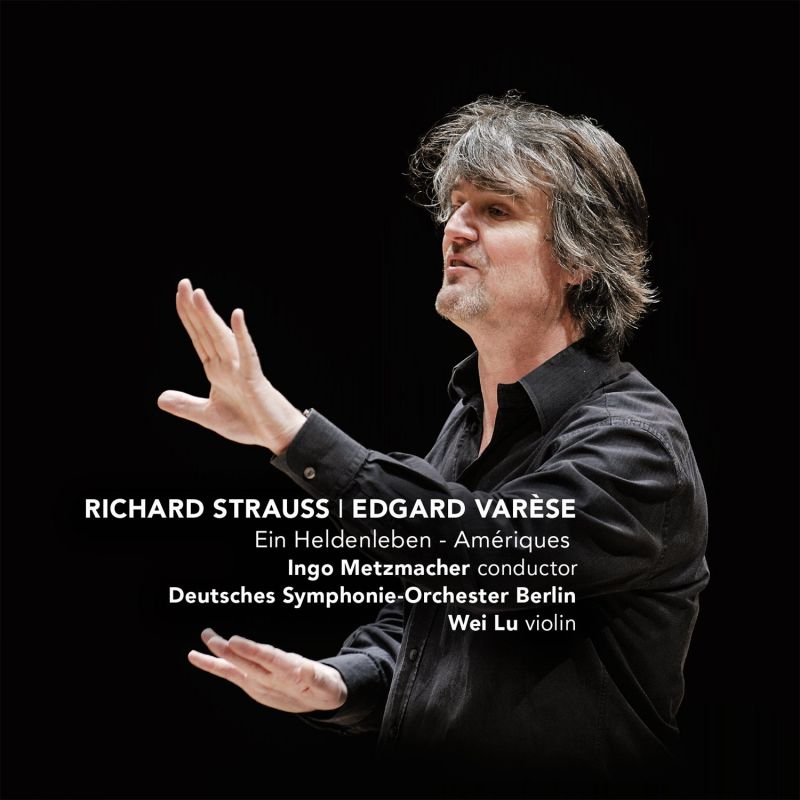 First, Ein Heldenleben, remarkable primarily for the forward momentum of Ingo Metzmacher’s performance, the overall excellence of the Deutsche Symphonie-Orchester’s playing and the sympathetic violin characterisation of Wei Lu – a warm, complex and sometimes vulnerable ‘companion’ as opposed to the needy nag we so often hear. The sound quality is fabulous, too, with a wide dynamic range that etches a fearsome ‘Hero at Battle’, the percussion virtually in your lap. Controversial? Not in performance terms. But editorially, please note that this is the ‘original’ version of the score. Not an issue until ‘The Hero’s Retirement’, where instead of the achingly beautiful harmonies that lead towards that clinching recall of Zarathustra – for me the work’s expressive high point – there’s major-key calm and a quiet ending. No hint of Also sprach in sight (or hearing). It’ll take some getting used to, if you ever do get used to it (no reason why you should, given the impact of Strauss’s final version) but I would strongly recommend you hear the performance simply because, as an interpretation, it works so well. In a sense Metzmacher’s directness suits Strauss’s original, unequivocal ‘happy ending’.

Varèse’s futuristic Amériques is similarly presented in its first version, a more radical option than what we know this time, with a bigger band, extra (mostly exotic) percussion, added offstage brass, extensive remodelling and restructuring. There’s still that bulldozing, Jurassic-style finale, heard here in all its cinematic splendour in a recording that should carry a health warning – or free ear plugs. It makes the close of Stravinsky’s Rite sound like JC Bach by comparison, while the Scherzo from Mahler’s Seventh Symphony makes a momentary and unexpected showing at around 8'46". You could spend many hours shifting between the first and second versions (though don’t tell the neighbours it was my idea) but unlike with Ein Heldenleben I wouldn’t care to predict which you’d end up preferring. Possibly this one. A fascinating and exciting CD.