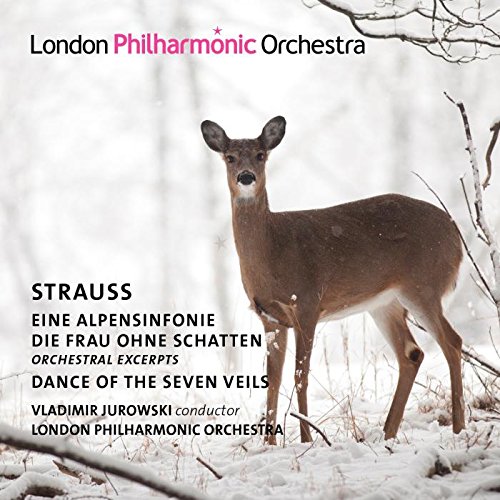 As a peak of the orchestral repertoire, Strauss’s Alpine Symphony is in danger of becoming overrun: it’s a work that orchestras and conductors seem ever more keen (and able) to conquer. Straussians will no doubt be intrigued to hear this new version, though, capturing the LPO and Vladimir Jurowski live at the Royal Festival Hall a couple of years ago.

Experienced in the hall it was an impressive achievement, with Jurowski bringing his usual analytical ear and architectural eye to a swift account of the score, and it proves so on record too. He’s certainly a reliable guide: no-nonsense, level-headed, occasionally almost stoic. There are many fine things that come as a result, with a remarkable level of detail to be heard in Strauss’s multi-stranded score – executed with remarkable accuracy by the orchestra.

You’ll rarely hear the Storm better played or controlled, for example, and Jurowski’s sophisticated musicianship is in evidence throughout. There’s some fine individual work from the players, too, with a moving oboe solo at the summit. But elsewhere I missed the warmth – both in the lean sound of the orchestra and in Jurowski’s approach more generally – and the necessary glow in the final pages. The sound is a bit dry but this is a fine account nonetheless.

The couplings here are a bit more of a mixed bag. Salome’s Dance of the Seven Veils could hardly be further away, aesthetically, from the other works featured, and receives a performance here that’s well played, focusing more on wiry modernism than on seductiveness. Jurowski’s own suite of extracts from Die Frau ohne Schatten (contemporary with the symphony) is an odd beast – maybe no worse than the spurious Fantasie on the opera but hardly less arbitrary and stop-start.

As a quick look through the track titles will reveal, it’s strangely balanced. We have large swathes of the beautiful final scene of Act 1 but then only a cruelly chopped version of the opera’s finale. There’s no ‘Mir anvertraut’ (a highlight in the standard Fantasie) but we do get the introduction to the Kaiserin’s ‘Vater, bist du’s’, one of the score’s glories. There’s fine cello work from Kristina Blaumane in the corresponding introduction to the Kaiser’s aria in Act 2, although I wish we’d had the transition that precedes it too.

Jurowski knows the score well (he’s conducted it several times in the theatre) and he draws outstanding playing from the orchestra. There’s a wealth of great music here, of course, but it makes little sense musically and dramatically: I just found myself wanting to return to the full opera.