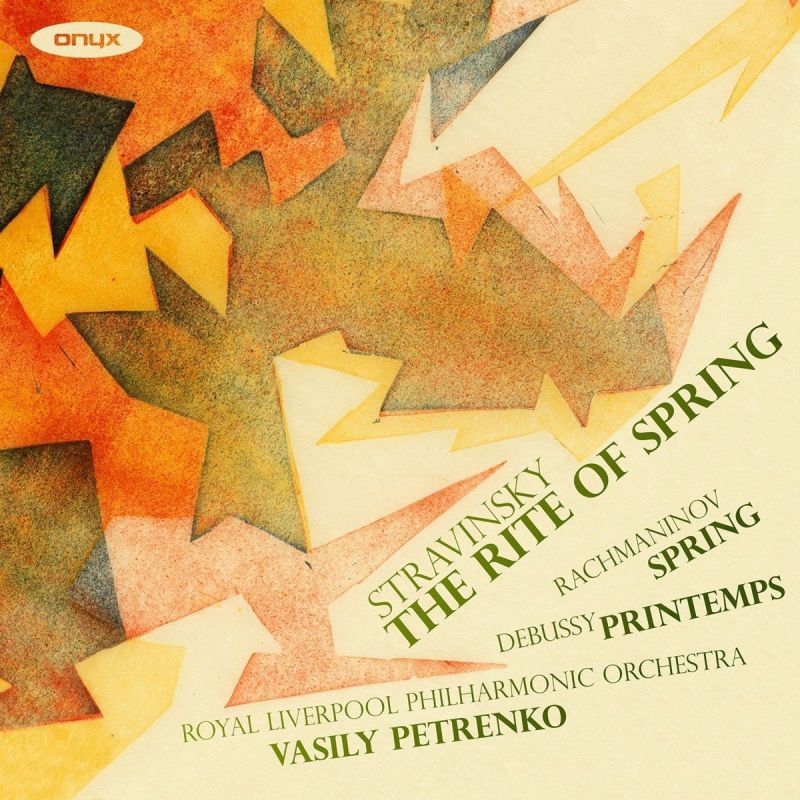 Three very different musical responses to spring make up this enterprising programme from Vasily Petrenko and the Royal Liverpool Philharmonic Orchestra. Given Petrenko’s Russian background, Stravinsky’s The Rite of Spring is an obvious candidate, and he conducts a suitably vigorous performance. Stravinsky and Rachmaninov might not seem the most natural bedfellows but the cantata Spring, composed in 1902, was the latter’s first major choral work and is all too rarely recorded. Debussy’s Printemps adds a dash of French froth to this dark Russian fare.

As anyone who has heard their recent Tchaikovsky cycle will know, the RLPO are in cracking shape under Petrenko’s baton, with playing that is both vibrant and urgent. This pays huge dividends in a pulsating Rite. In 2015 Teodor Currentzis set, for me, a new standard for Rite recordings with a wild, cataclysmic account on Sony. Petrenko’s isn’t quite as ferocious – despite a thumping good bass drum thrillingly caught by the Onyx engineers – but he delivers a fierce, taut reading. Petrenko sets a flowing tempo for the ‘Mystic Circles of the Young Girls’ and sets up a pounding ‘Glorification of the Chosen One’ in a thoroughly satisfying reading.

Rachmaninov’s cantata Vesna (‘Spring’) was composed as a vehicle for Fyodor Chaliapin. The soloist sings the role of a peasant, preparing to kill his faithless wife during the bitter winter only for the arrival of spring to bring about a change of heart. Baritone Rodion Pogassov is a solid soloist, albeit without Sergei Leiferkus’s sardonic, biting way with the text on Charles Dutoit’s Philadelphia recording for Decca. And that text? You’ll have to go online to find it. You’d have thought it would be possible to squeeze it into the six-page booklet, but no.

Dutoit also featured as my comparative listening for Debussy’s Printemps, this time with his French-Canadian Montreal SO. There is plenty of tenderness in the opening section, if not enjoying the same gossamer acoustic enjoyed in Montreal, while the Liverpudlians swagger down the boulevards with almost as much panache in the finale. This is a most enjoyable, entertaining disc.