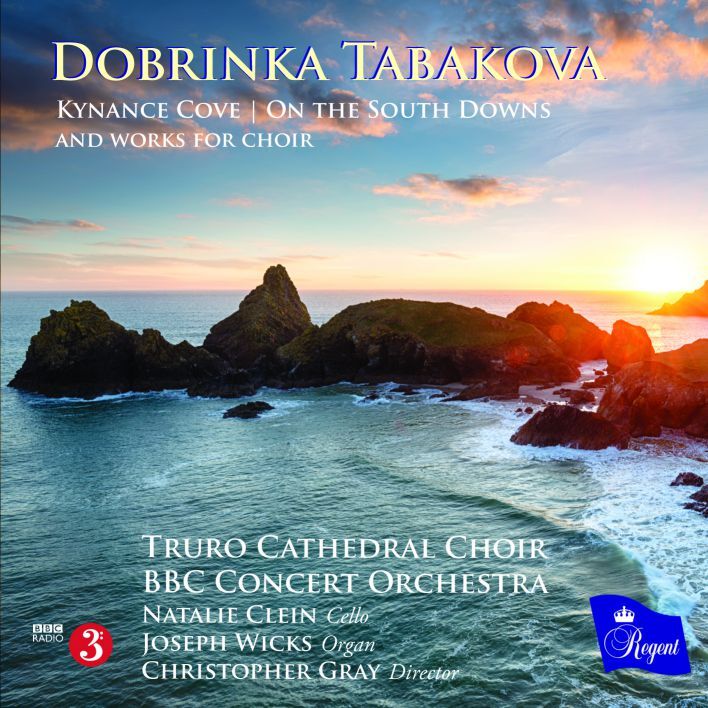 Released in conjunction with BBC Radio 3, this generously filled disc presents a broad and attractive showcase of works by Bulgarian-born Dobrinka Tabakova (b1980), the current composer-in-residence with the BBC Concert Orchestra.

An a cappella Marian antiphon, Alma redemptoris mater (2014), makes a gentle opening, bathing the listener with a sense of wonderment and increasing fervour. A sense of height and space also imbues the upper-voices setting of the Jubilate Deo (2003). Those expecting something exuberant here might be surprised by its calm, shimmering unhurriedness. The 20 girl choristers are perfectly blended and balanced.

They also excel in the Truro Canticles (2017) which, with the carol Of a rose sing we (2016) and the choral/orchestral Kynance Cove (2018), are just some of the fruits of Tabakova’s two-year residency with Truro Cathedral’s musicians. This must be one of the slowest and most intense Magnificats yet written. Shades of Duruflé’s ‘In Paradisum’ float atmospherically, mingling with some of the hypnotic, homophonic Mass of Tavener. The Nunc dimittis is especially luscious. Joseph Wicks makes a good case for the Diptych for organ; Father Willis’s sparkling flutes come to the fore in the ‘Pastoral Prelude’.

After so much slow and ruminative music it is good to reach the more turbulent and shifting colours of Kynance Cove, a setting of John Harris’s poem. Here, soaring soprano and tenor lines shoot high into the neo-Gothic arches of John Loughborough Pearson’s masterpiece. The blazing added-sixth ending is stunning.

Natalie Clein joins the BBC Concert Orchestra, both boys’ and girls’ cathedral choirs and four local youth choirs for the three-movement On the South Downs (2009; text by William Bourdillon). This is in a slightly softer focus, with the added ‘character’ of the solo cello providing further interest. This live performance makes a radiant conclusion to a deeply impressive disc expertly steered by Christopher Gray. Bravo Truro!

On the South Downs

Of a rose sing we