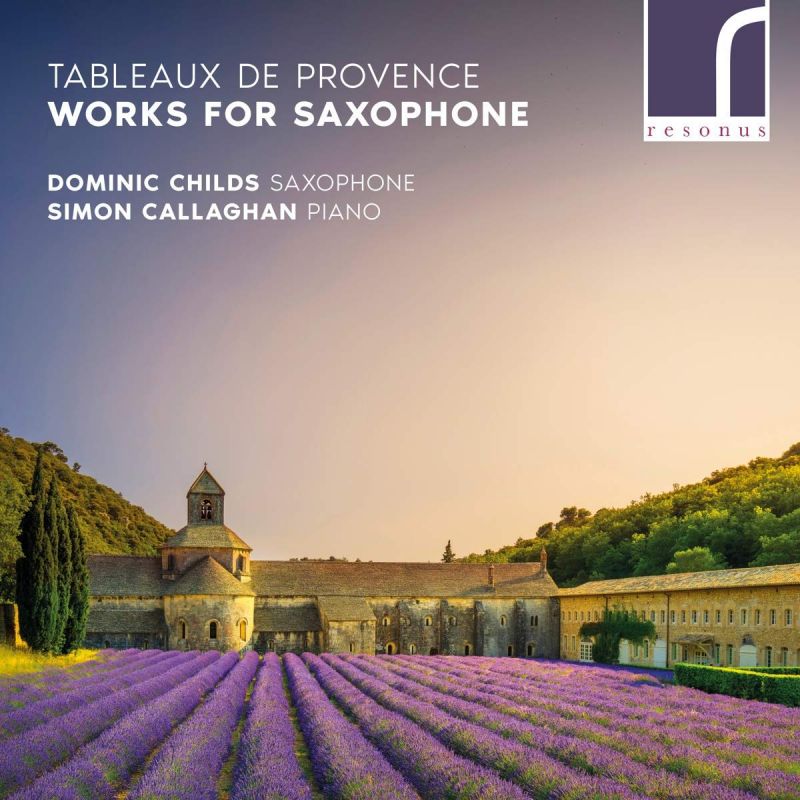 The main connecting thread – one of several – linking the four works in this engaging French recital for alto saxophone is women. Two of the composers, Fernande Decruck (née Breilh, 1896-1954) and Paule Maurice (1910 67), were women. Debussy’s Rhapsodie, worked on sporadically between about 1901 and 1911 and only completed after his death by Roger-Ducasse in 1919, was commissioned by a ‘tenacious’ American lady saxophonist, Elise Hall, much to the composer’s irritation, while François Borne’s Fantaisie brillante was inspired by the fictional heroine of Bizet’s last completed opera.

Debussy’s Rhapsodie, given here in a recently revised version by saxophonist and composer Vincent David, is not among his most inspired pieces, perhaps because of its difficult, one might say half-hearted gestation. It is not his worst piece either, and Dominic Childs gives a most sensitive account of it with accompanist Simon Callaghan, bringing out the real Debussian textures and almost convincing that it is 100 per cent original. They are equally sympathetic to Decruck’s lovely Sonata (1943, which also exists in a version for viola and piano), a beautifully lyrical work in four movements – or five, as the last is a fusion of nocturne and finale. It may not be great music – though I am quite taken with the lively central ‘Fileuse’ – but it is very well made and lovingly rendered here.

The remaining two pieces are slighter, although there is much poetry in the title work, by Maurice. There are five tableaux, meant here in its illustrative rather than dramatic sense, each one an exquisite miniature. Borne’s Carmen Fantasy is essentially a medley of tunes, something a number of other composers have essayed, none of them as well as Busoni in his Sixth Sonatina. Borne’s is pleasant enough and virtuosically delivered. Very good sound.

Sonata for Saxophone and Piano