Taeguk Mun: Songs of the Cello - Homage to Pablo Casals 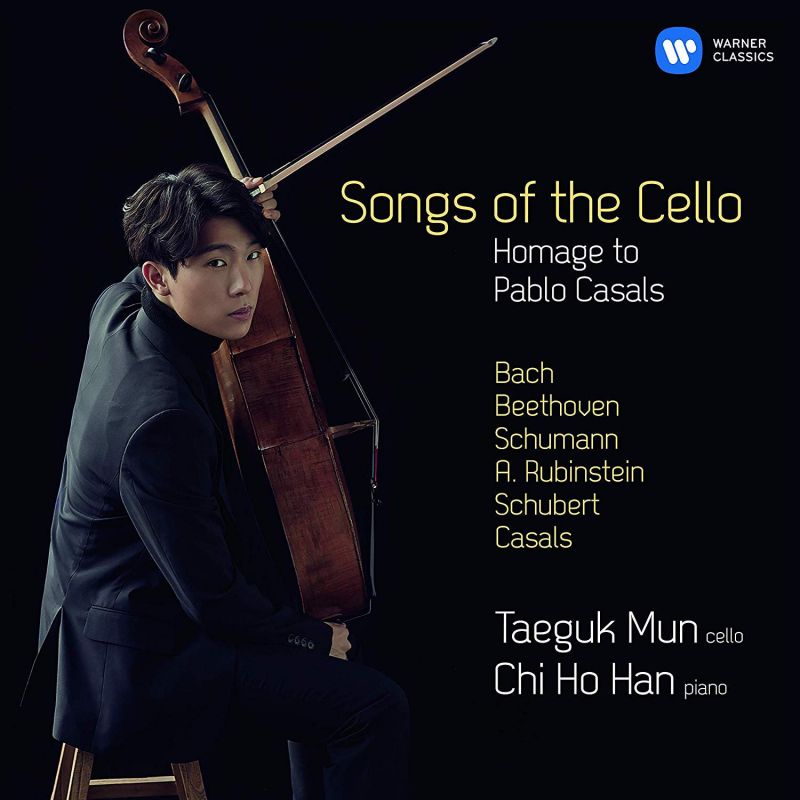 ‘Homage to Pablo Casals’ is this disc’s subtitle, and there’s nothing like setting yourself a high standard. It’s a sort of showreel for the young South Korean-born cellist Taeguk Mun. Major works by Bach and Beethoven are followed by a string of brief encores, all of them, presumably, chosen because they were in Casals’s repertoire. Mun’s CV, which includes first place in the 2014 Casals Competition and the 2016 János Starker Foundation Award, suggests that he should be well worth hearing.

On the strength of this recital, he certainly is. Bach’s First Suite can tell you a lot about a cellist. Immediately evident is Mun’s transparent, unforced tone and what you might call a polished-walnut sound quality: refined, sweet and nuanced at the top, warm and clear at the bottom. His approach to the Bach is unfussy but never unthoughtful, combining historically informed clarity with light touches of vibrato and a way of tugging at a corner or climax that’s just sufficient to emphasise the form.

I wouldn’t say it danced, exactly, and his Beethoven too is (on balance) lyrical rather than dramatic: enhanced by the lucid, alert piano-playing of Chi-ho Han. Mun yields primacy to Han in the central Scherzo and the two really sparkle in the final Rondo. But, overall, this felt like a relaxed approach, as well it might be given Mun’s evident mastery. The shorter pieces reinforced that impression, until with Casals’s El cant dels ocells one senses something more – a certain intensity, and an emotional commitment that the rest of the disc only implies. This is a beautiful and accomplished programme from (clearly) a very fine cellist. Now I’d like to hear him take some risks.

Taeguk Mun: Songs of the Cello - Homage to Pablo Casals

Sonata for Cello and Piano No. 3