A splendid addition to a splendid series 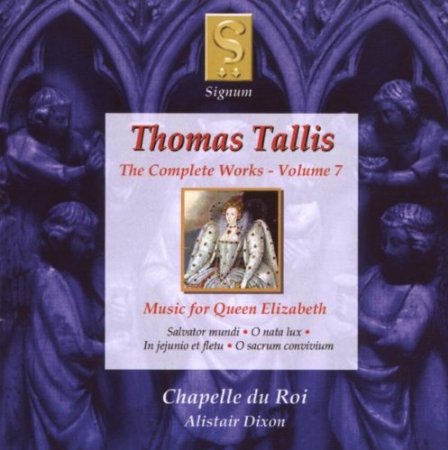 Volume 7 of Chapelle du Roi’s complete series of Tallis recordings, is a further witness to the composer’s consummate command of his art, in whatever religious or pol-itical situation he found himself at each changing period of his life. It might seem contradictory that Elizabeth, in 1575, should sanction the publication of Tallis’s and Byrd’s Cantiones sacrae, but she apparently enjoyed hearing Latin-texted music in her private chapel, and many of the prayers would have been familiar from her childhood. Indeed, we can perhaps discern something of Elizabeth’s own religious and musical preferences here. Many listeners, too, may recognise a number of their own Tallis favourites, such as O nata lux, performed here to perfection, with just the right pacing and a delicate underlining of compositional details, including the series of short run-ups in successive parts, linking phrase to phrase. The compline respond In manus tuas would be a prayer well-known to Elizabeth, and also the two Eucharistic texts, O sacrum convivium and O salutaris hostia.

Dixon makes a number of interesting points. He demonstrates Tallis’s use of older material: for example, the Latin Absterge Domine, side by side with its later English contrafactum Discomfort them, O Lord. He shows how five-voice scoring might be used for an all-male ensemble, or privately in, say, a recusant family situation, with ladies on the top line (In ieiunio et fletu). Tallis’s craftsmanship is further revealed in his two through-composed psalms, Domine, quis habitabit and Laudate Dominum, which, while adhering to 16th-century principles of syllabic word-setting, are varied enough to relieve the inevitable tedium. We hear finally, Dixon’s masterly interpretation of Spem in alium ‘in the round’ – or ‘in horseshoe formation’ – possibly the Chapelle’s highest achievement to date.