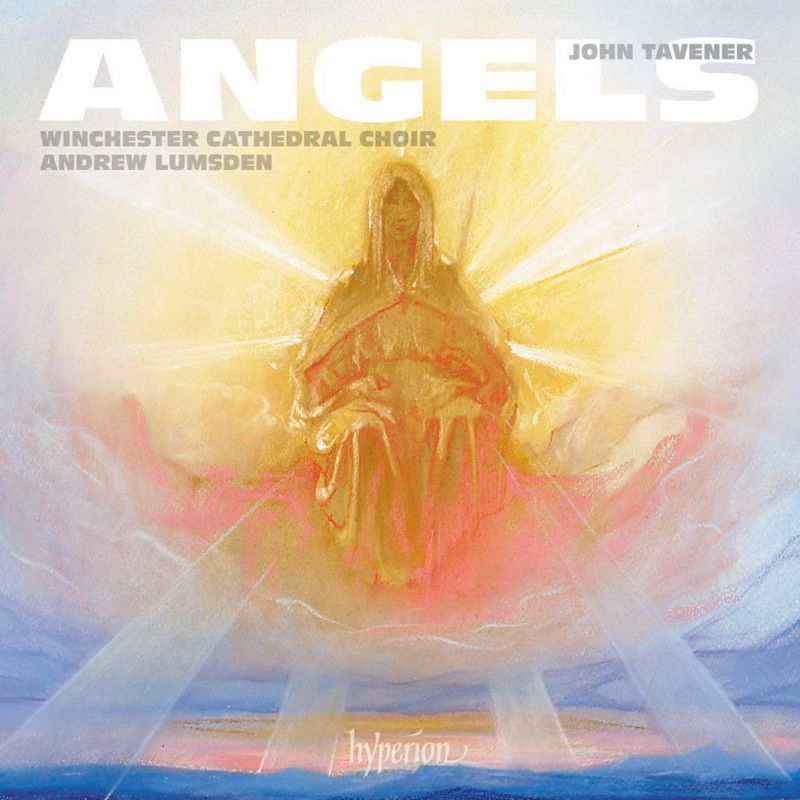 I am finishing this review precisely on what would have been John Tavener’s 75th birthday. Such an anniversary causes one to reflect anew upon what was by any standards a remarkable career, and this outstanding new recording is a very good way of so doing. Tavener had a long and close association with Winchester (and still does, in fact, in the form of the Tavener Centre), so it was a particularly inspired idea to commission booklet notes from Martin Neary, the former Organist and Master of the Music, who was the commissioner and first performer of so many of the composer’s works.

One such example is God is with us, commissioned for the 1987 carol service. I have to say that I had never found this to be one of Tavener’s most successful works, but this performance has won me over, for two reasons. The first is that tenor William Kendall makes such a fine job of the solo part, and the second is that the unexpected and dramatic entry of the organ here sounds utterly convincing, which has everything to do with the way Andrew Lumsden paces the work. This is followed by two works written two years earlier, the first Hymn to the Mother of God and Love bade me welcome, both outstanding pieces born of a unique imagination. Only Tavener would have extracted so much from a simple device as the double-choir canon in the Hymn, or thought of setting Herbert in a way that suggests Bulgarian chant.

Other Tavener classics appear too, most notably Song for Athene, but much attention is also paid to later works, including five anthems from The Veil of the Temple (2002) and They are all gone into the world of light, a setting of Henry Vaughan from 2011. There is a lushness about these works, harmonically speaking, that is generally absent from the earlier pieces, but Tavener’s own voice is nevertheless always apparent: indeed, I have been at pains to point out on more than one occasion that his voice is clearly audible in his music from whatever period – the compositional voice of Últimos Ritos is absolutely the same as that of Mary of Egypt, for example. One piece I am particularly pleased to hear again is Annunciation from 1992. Such is the immediacy of this work that you would swear that Tavener had actually been present when the Archangel brought the news to Mary. It is followed by a superb rendition of As one who has slept, once again brought alive by the impeccable pacing and by the fantastic blend of the choir (do they ever breathe?). This is a showroom demonstration of just what boy and girl choristers singing together can achieve. A truly magnificent birthday present.

God is with us

As One Who Has Slept

They are all gone into the world of night

(2) Hymns to the Mother of God

(The) Veil of the Temple