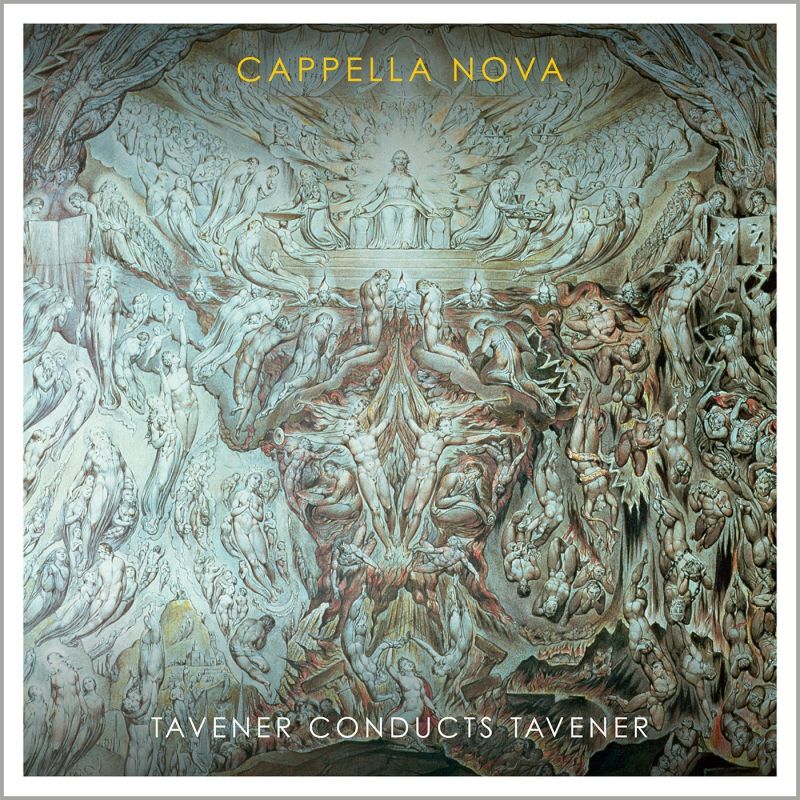 The title of Cappella Nova’s latest recording is neat, but also confusing. ‘Tavener Conducts Tavener’ is not, as glance might suggest, a belated release of the British composer directing his own music. It is instead a play on the name of the ensemble’s own conductor, Alan Tavener – the composer’s third cousin, and the first Tavener of the disc. Family connections aside, do we really need another collage recording of John Tavener’s choral music – already so dominant a presence in so slim a slice of the contemporary classical market? In this case, yes.

The Scottish ensemble have a unique claim to champion works they themselves commissioned and premiered, including the 1988 epic Resurrection (whose Paradise Choir music bookends the disc, and which has yet to receive a full recording), A Buddhist Miniature and Ikon of the Nativity, and sister-ensemble Canty’s Two Hadiths. In filling out the programme, Alan Tavener wisely makes his choices from the margins of Tavener’s large output, choosing little-known and still-less-recorded motets including Take him, earth, for cherishing – the composer at his most darkly angular – and They are all gone out into the world of light to spice the inevitable The Lamb and familiar Cradle Song.

Recorded in the resonant acoustic of Stirling’s Church of the Holy Rude, Capella Nova’s comparatively small forces come up rich and gloriously misty round the edges, while still achieving enough clarity to pull off the precision-work of The Lamb and Two Hadiths; the bray harp’s glissandos in the latter scatter notes like bright beads, catching the ear among so much choral homophony.

But while the ensemble’s lower voices are carefully blended, there’s a stridency to the sopranos that makes for some harsh moments, particularly jarring in the exposed upper-voices writing of O that we were there!. This isn’t the best Tavener-singing out there (for that you’re still looking at The Sixteen, The Tallis Scholars and the Holst Singers); but, as an addition to the composer’s recorded catalogue, ‘Tavener Conducts Tavener’ is valuable.

Sunrise in Your Heart

Take him earth for cherishing

Ikon of the Nativity

They are all gone into the world of night

O that we were there!

O, Do Not Move