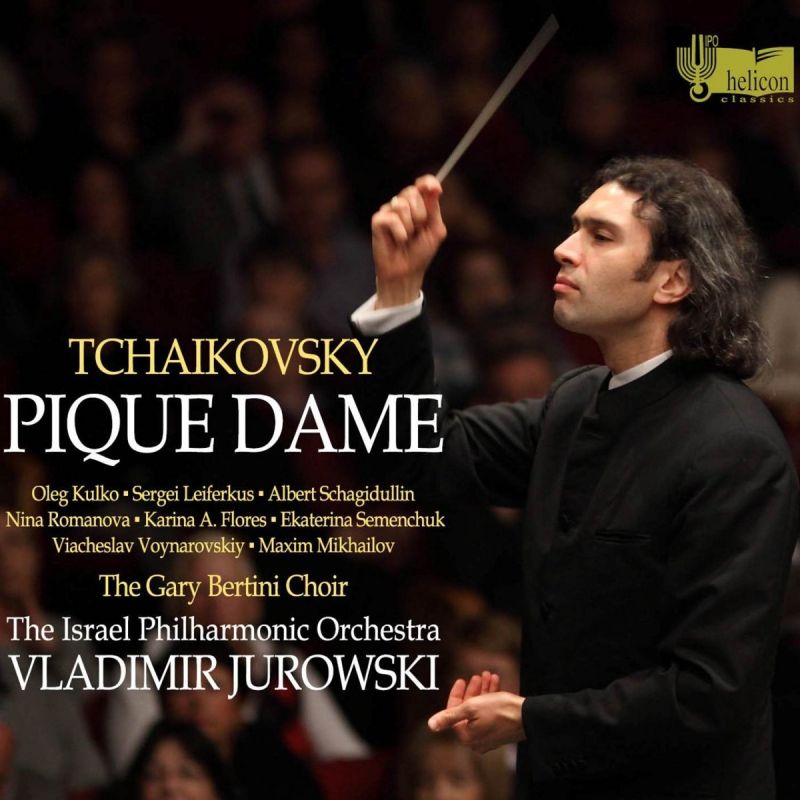 If you’ve heard his recordings of the symphonies with the LPO (1/18) or his recent Sleeping Beauty (12/17), you’ll already know that Vladimir Jurowski is a truly excellent conductor of Tchaikovsky. He’s also an extremely fine opera conductor, heading Glyndebourne for 12 years, and was recently announced as Generalmusikdirektor at the Bayerische Staatsoper from 2021. Serge Dorny recently described Jurowski to me as ‘a man who breathes theatre’. It’s little surprise, therefore, that he conducts a taut, dramatic account of Tchaikovsky’s The Queen of Spades. What is surprising is that this performance, recorded at a trio of concerts with the Israel Philharmonic Orchestra in Tel Aviv, dates way back to November 2012 yet has only just been released (in the UK at least).

Jurowski conducts a speedy course through Tchaikovsky’s score, a pulsating account, but perhaps he misses ratcheting up the neurotic tension by playing it so fast. Mariss Jansons, another superb Tchaikovskian, also recorded The Queen of Spades in concert and takes a more expansive view which is highly effective. Jansons has the excellent Bavarian Radio Symphony Orchestra, whose burnished strings and glowering woodwinds are finer than their sturdy IPO counterparts.

In terms of singers, Jansons also has a clear edge. Tatiana Serjan (Lisa), Misha Didyk (Herman) and Larissa Diadkova (the Countess) all offer more committed, dramatic readings than Jurowski’s Tel Aviv cast. Oleg Kulko is a very decent Herman though, his burly tenor capturing the young man’s growing hysteria as he seeks the mysterious secret of the three cards. Karina Flores has some squally moments as Lisa and Nina Romanova lacks the haughty imperiousness required of the Countess. Albert Schagidullin is an effective Yeletsky but no match for the refulgent tone of Alexey Markov for Jansons. The only character who is better cast here than in Munich is the Tomsky of Sergei Leiferkus, a role he recorded back in 1991 for Seiji Ozawa! By 2012, there was still plenty of Slavic bite to his dry baritone and his Act 1 Ballad of the Three Cards is very well dispatched. Ekaterina Semenchuk is luxury casting as Polina.

Although this set can’t match Jansons’s superb BRSO recording, it is certainly worth hearing for Jurowski’s impulsive account of a terrific opera.

(The) Queen of Spades, 'Pique Dame'

TCHAIKOVSKY The Queen of Spades