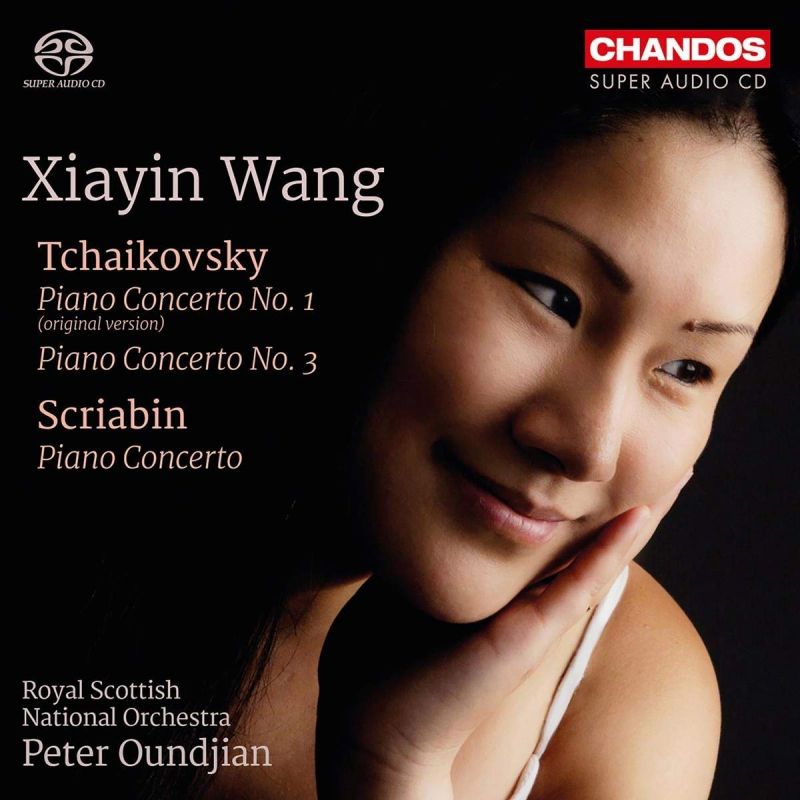 Kirill Gerstein was the first to record the Tchaikovsky B flat minor using a new critical edition of the score (Myrios, 2/15). This was based on the recently discovered copy used by the composer himself, a revised (second) version of the original score and with numerous minor differences from the later (third) version made without permission, probably by Siloti, with which the whole world is familiar.

Yet strangely, though marketed as the ‘original version’, Xiayin Wang’s performance does not register some of the most noticeable discrepancies – the arpeggiated chords for the piano’s famous first entry, for instance, and the unsanctioned molto rit before the return of the last movement’s big tune. Oundjian, however, in the slow movement opts for the original (and, in my opinion, plainly wrong) F natural quaver in the first bar of the famous flute solo.

Which is all a bit of a nit-pick – and quite at odds with the actual performance of this much-recorded work. ‘Original version’ or not, this is one of the freshest and most enjoyable accounts I have heard for a long time. In Xiayin Wang’s hands and supported superbly by the impressive Scottish players and their conductor, the concerto takes on the narrative of a tone poem in an account of commendable brio and clarity.

The same is true of the one-movement Third Concerto (up there with the best – Hough, Graffman, Werner Haas, Pletnev inter alios) but it is Scriabin’s Piano Concerto, providing a welcome and unusual coupling, that elevates the disc into the outstanding category. This is among the most deeply felt and warm-hearted accounts you will hear, virtues it shares with Yevgeny Sudbin’s (superbly recorded in 2015), whose beautiful handling of the slow movement’s opening section eclipses even the newcomer. Heinrich Neuhaus (in 1946 with the All Union Radio Orchestra), despite some suspect tuning and ensemble, plays the work (and especially the glorious second subject of the finale) with unequalled ardency, but Xiayin Wang is the more accomplished pianist, Oundjian provides more coherent and detailed accompaniment and both benefit, of course, from Chandos’s opulent sound.