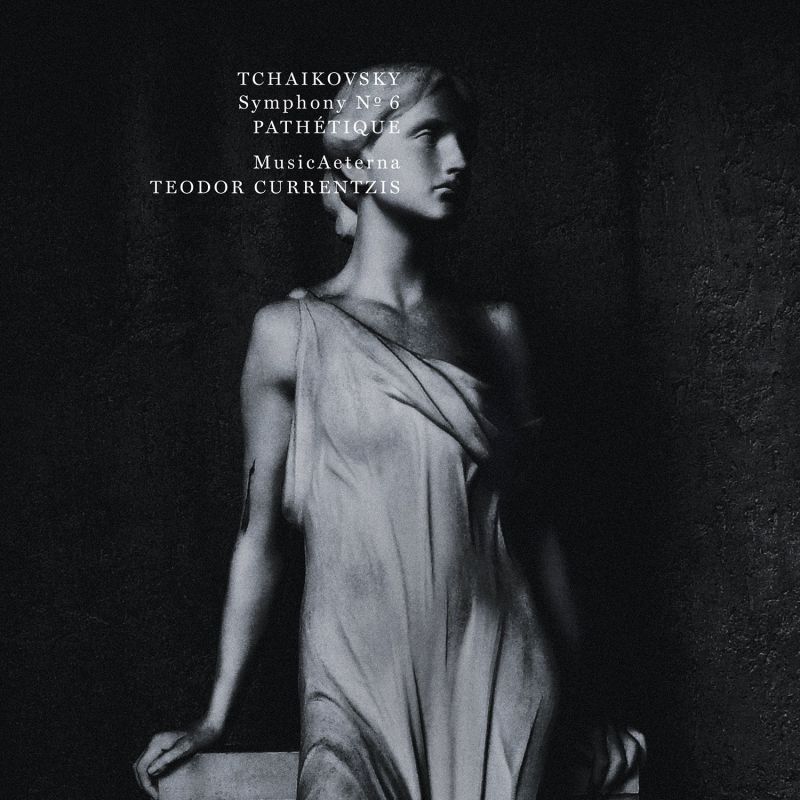 You may be inclined to adjust your set from the very opening, and you should: the disc demands a high playback level when the neighbours are out; or, for a sleepless night, on decent headphones.

Currentzis and the engineering team (who should properly be credited here: producer Damien Quintard, assisted by Arnaud Merckling and Afanasy Chupin) have crafted the kind of studio-made experience that went out of fashion two decades ago and more. There are very many things here that it would be impossible to achieve in concert, though I’d like to see MusicAeterna try. Take that opening again, the first page in a chronicle of a death foretold if ever there was one. The bassoon solo is phrased neither in three linked but expressively impotent segments, nor as the unending melody of which Karajan was often falsely, sometimes justly charged. Rather, it swells and recedes in continual motion with acute sensitivity both to the composer’s minutely detailed markings, and in response to the more glacially shifting string harmonies (a long way) beneath.

Then silence: not the silence of drawing breath or anticipation but black; not a dead black like the sound engineer’s jargon for the end of an LP side but black as Vantablack, fathomless. This is a symphony of silences; Currentzis has calibrated them with the unsparing precision of a Pinter or a Haneke. From him you might expect the striking of attitude and individualistic exploitation of technology that produced an uneven trilogy of Mozart/da Ponte operas and does not so much skirt as abandon itself to a crater of molten solipsism. Perhaps, in the Pathétique, Currentzis has met his match.

What is new, and delightful, is the shaping of the second theme as a question and answer, played as if en pointe: a happy inspiration which brings necessary if short-lived relief and which comes to have significant ramifications for the scale of the movement’s climax. When the long-withheld Allegro vivo finally arrives it does so with primeval savagery, as a precursor to the ‘Augurs of spring’ from Stravinsky’s Rite of 20 turbulent years later (a rehearsal aperçu of Bernstein’s, I discovered after observing it in Currentzis). Violas tear into their line like jackals dining at carrion, miked to a point where you can hear the rosin-clouds fly, and there is a calculated claustrophobia to this passage that no live concert-hall ambience could emulate. Hysteria, however, is kept in abeyance by the conductor’s ear: the symphony’s harmonic skeleton gleams with a wan and often unnerving clarity. Having at the movement’s cataclysm engineered an ecstasy of grieving to rival for sustained pathos even Bernstein’s long goodbye in New York, Currentzis displays the refinement of sensibility to bestow a numbed and steadily paced dignity upon the coda.

The inner movements operate at a lower voltage, more sober and Classically contained than you might expect, played in fulfilment of a notably Brahmsian function rather than as interludes vividly contrasted in their own right. Lovely work from the cellos brings no shortage of charm and grace to a properly symphonic waltz. In the accumulating counterpoint of the march is a Pathétique as precursor to Mahler’s Ninth, and the voicing is sundered into discrete forces of contention across the entire sound stage in the manner of 1970s recordings by Karajan or even a Melodiya special: the attendant thrill and prospect of entropy are near at hand, as they are in Ives’s marching bands or indeed the first-act climax of Don Giovanni.

The finale opens with an exhalation from Currentzis, translated by the strings into a memorial of overlapping sighs and then punctuated by what sounds like the bass drum from the march. At this point the Berlin studio acoustic expands to cavernous dimensions to contain and then bury the symphony’s last rites. There is more playing on the lip of the volcano from col legno strings and snarling, muted horns, more outstanding bassoon solos coloured on a palette from muddy brown to that black again.

It’s early days, but only the most exalted of comparisons suggest themselves: to Bernstein (DG, 5/87), Cantelli (EMI, 6/53), Karajan (take your pick) or Mravinsky (DG, considered afresh in November 2015): all hewn out of different performing traditions while sculpted in relief from them, though none save Mravinsky executed to the present, uncanny degree of controlled ferocity. There is a closer, more pertinent relation with Mikhail Pletnev’s first essay (Virgin Classics, 1/92): a hand picked band, moulded in the image of a young, mercurial musician mature beyond his years, working hand in glove with a studio team prepared to do things differently. I remember the storm unleashed by that recording 25 years ago. Will this also upset some applecarts? It is an unsettling experience.