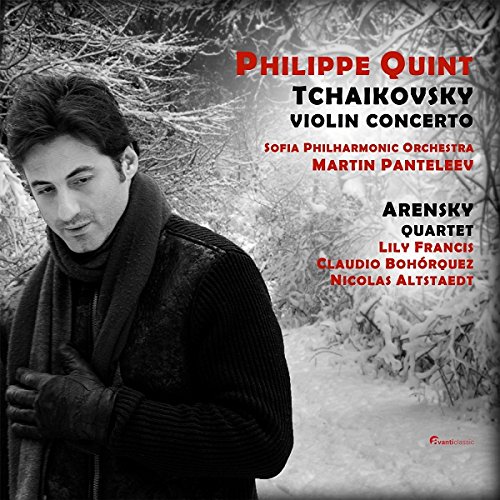 Hard on the heels of Philippe Graffin’s refreshing new slant on the Tchaikovsky Concerto comes a comparably communicative rival version from Philippe Quint, this time incorporating the finale both in its original guise and with the emendations made by Leopold Auer (1845 1930).

In 1878 Tchaikovsky had surprised Auer by handing him a first printed edition of the score with his name on it as the dedicatee. However, the legendary Hungarian virtuoso voiced serious reservations about the violin-writing in particular and never performed the work in public during the composer’s lifetime. The concerto was revised and re dedicated to Adolph Brodsky, who gave the belated world premiere three years later in Vienna (and where it was shredded by the critic Eduard Hanslick). Auer did, of course, go on to become one of the work’s most famous exponents but only after he had comprehensively re edited the solo part and pruned back the finale by some 56 bars.

With his golden tone and rock-solid technique, Quint gives a commandingly articulate display, his contribution easily a match for Graffin’s in terms of recreative spark and intrepid personality, and he enjoys notably spirited support from the Sofia Philharmonic under Martin Panteleev. In short, I derived enormous pleasure from this new partnership. Decent sound, if hardly the last word in glow or clarity (the acoustic of Bulgaria Hall is a touch too hollow and boomy for comfort).

If anything, the coupling proves even more rewarding. Written in heartfelt memory of Tchaikovsky, Arensky’s Second String Quartet from 1893 comprises a delectably tuneful and effortlessly fluent creation evincing a distinctively burnished, mellow palette that triumphantly vindicates the composer’s bold decision to opt for a second cello instead of a second violin. Its inspired central theme and variations will be familiar to many from Arensky’s lovely transcription for string orchestra (and published as his Variations on a Theme of Tchaikovsky, Op 35a). Suffice it to say, Quint and his three colleagues are conspicuously persuasive, dazzlingly assured proponents of this wonderfully touching music, and they have been most realistically recorded in the concert hall of the Siemens-Villa in Berlin.