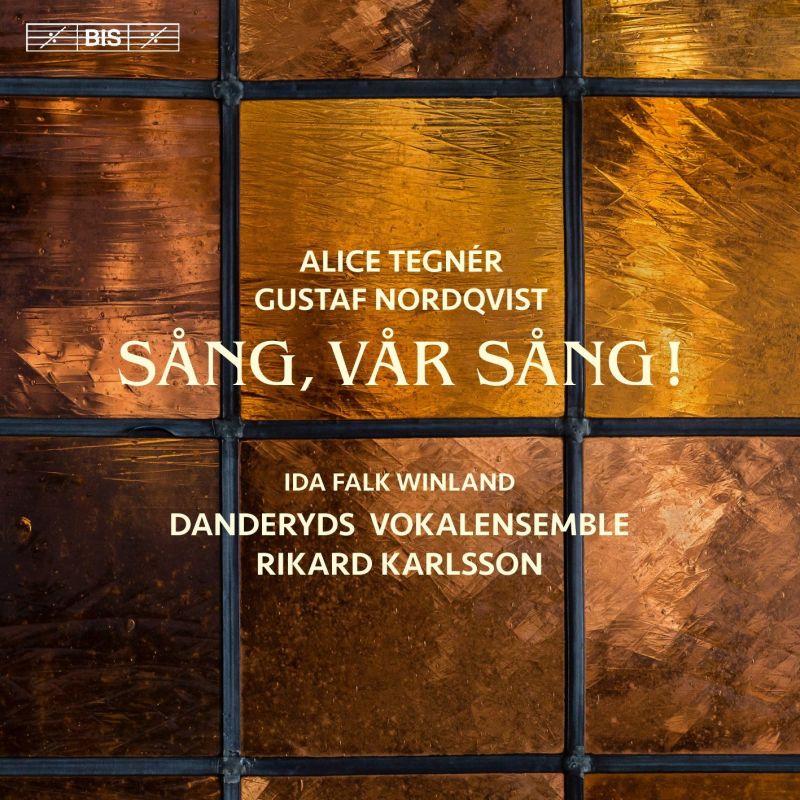 Liturgical music by two Swedish organist-composers, one born in 1864, the other 22 years later. Both worked around Stockholm but Gustaf Nordqvist (the younger) was the more cosmopolitan, without a domineering husband to contend with and able to study in Berlin despite his humble roots relative to the well-to-do Alice Tegnér.

Listening to the liturgical works for combination of choir, soprano soloist, string quintet and organ assembled here, you might think it the other way around. None of this music was designed to rock any boats but Tegnér’s is more scented and poetic, Nordqvist’s a touch more parochial. Both write simply, with occasional charm but endearing naivety. Comparing their settings of Psalm 23, neither is adventurous but Tegnér’s has more soul. She uses chromatics to communicate something human and heartfelt, as in the rather charming Loven Gud i himmelshöjd that opens.

In both those pieces the 23 trained but voluntary voices of Danderyds Vokalensemble – a sort of Swedish answer to the Choir of St Luke’s, Chelsea – shape the stanzas astutely under Rikard Karlsson in order to push these little strophic journeys forwards. They sing with that characteristic Nordic blend and purity, with good vowel harmony but a slightly looser respect for consonants. When the perfectly cast voice of soloist Ida Falk Winland breaks out on top or the warm strings of the Stenhammar Quartet and bassist Katarina Lindgren settle underneath, the effect is gorgeous.

One familiar work is Nordqvist’s Jul, jul, strålande jul, a feature of some Nine Lessons and Carols services down the years. If Stephen Cleobury or anybody else wants to show that you don’t have to commission multiple female composers to address the gender imbalance on such occasions, they might lend an ear to Tegnér’s Herdarna spela för barnet Jesus, where she taps just a little mystery and wonder once more.