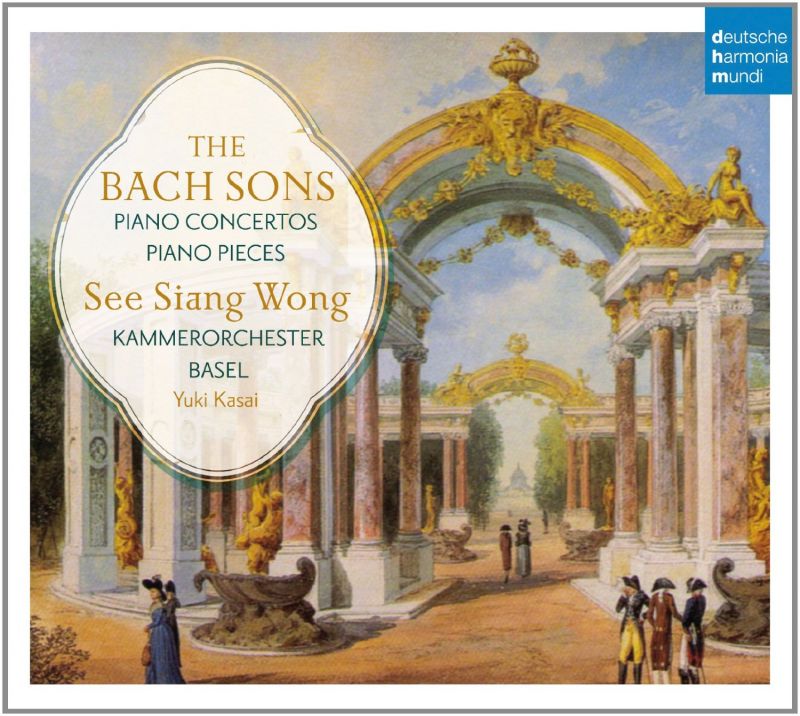 On the face of it, this conspectus of keyboard works by JS Bach’s most talented sons should help the uninitiated sort their WF from their JC and their CPE from their JCF. The sons – Wilhelm Friedemann and Carl Philipp Emanuel, and their younger half-siblings Johann Christoph Friedrich and Johann Christian – spanned two generations and drastically different musical outlooks. You wouldn’t guess it, though, from the F minor Keyboard Concerto attributed to the youthful Johann Christian. The evidence for JC’s authorship is slender; and listening blind to this nervily angular music, you might think you’d stumbled on a less-than-inspired piece of Carl Philipp Emanuel’s. On a higher plane, the soulful Andante and explosive finale of JCF’s A major Concerto sound like a tribute to CPE. Elsewhere the sons conform more or less to type: JCF in variations on ‘Ah, vous dirai-je, maman’ (aka ‘Twinkle, twinkle, little star’) that rival Mozart’s in urbane inventiveness, JC in a shapely keyboard sonata, WF in an idiosyncratic mix of contrapuntal textures and galant gestures, often with an underlying restless melancholy.

Much of the finest music here, though, is by Carl Philipp Emanuel, above all the fiery D minor Concerto of 1748 and the brooding, harmonically audacious F sharp minor Fantasia of four decades later. The Dutch-born pianist See Siang Wong’s enthusiasm for CPE and his siblings is manifest in the (poorly translated) booklet interview. He certainly catches the astringent brilliance of the D minor Concerto and the nagging obsessiveness in the first movement of WF’s concerto. But there is an uncomfortable sonic discrepancy between the lithe, spare-toned Basle Chamber Orchestra (comprising just 13 strings) and the forwardly recorded Steinway B. With the ear subconsciously expecting a harpsichord, the solo entry in the CPE Bach concerto comes as quite a shock. Textural clarity in the rapid passagework is not always ideal. Beyond this, I wish that See Siang Wong had dared a more vivid palette of tone colour and dynamics. His playing is never less than musical and alert. But turn to Danny Driver’s two discs of CPE Bach (Hyperion, 7/10), including the F sharp minor Fantasia, and you’ll hear more subtle pianism and a more urgent, imaginative response to CPE’s unique expressive world.