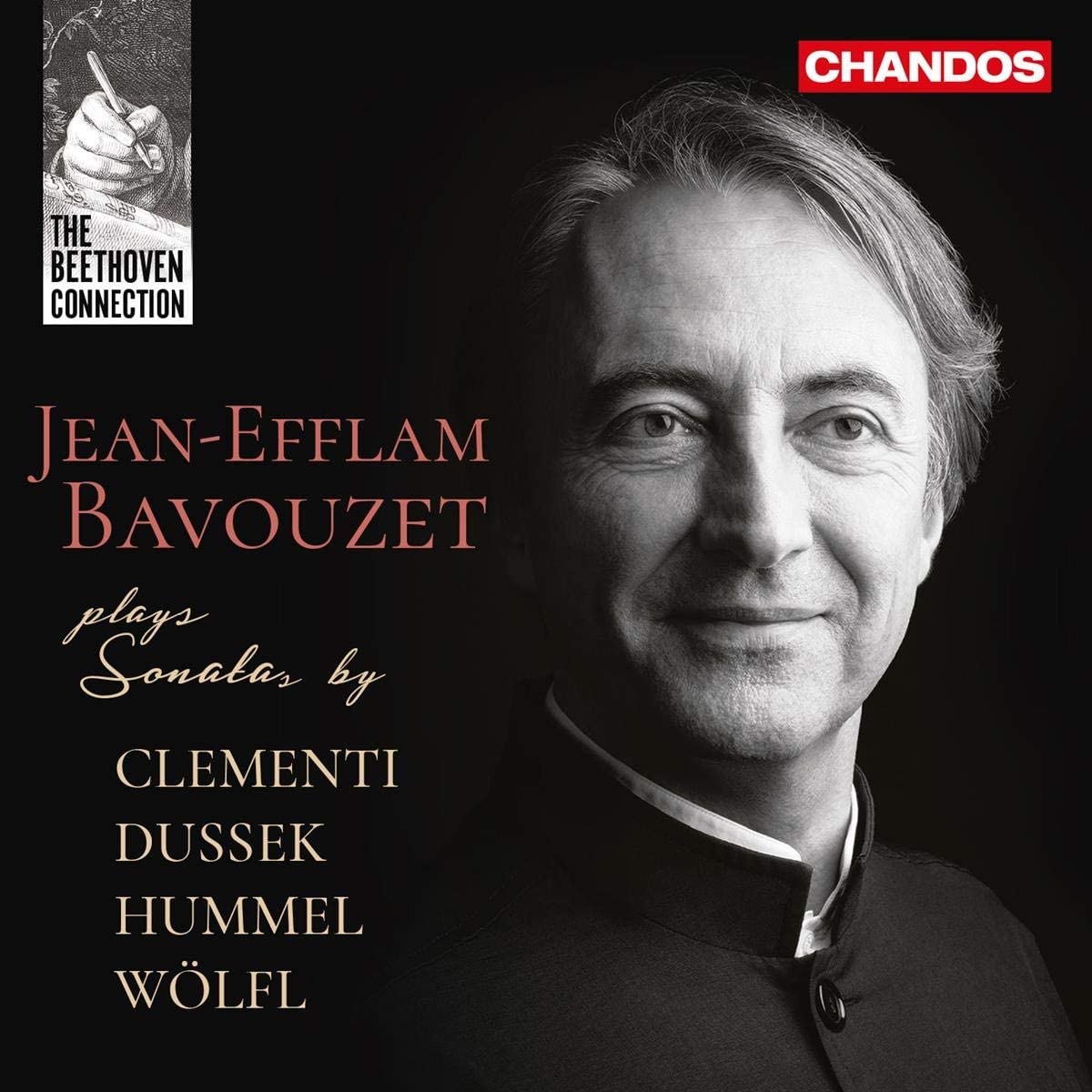 Jean-Efflam Bavouzet has chosen a particularly happy way to celebrate Beethoven this year. Rather than more Beethoven, of which Bavouzet has already given us an ample supply with complete sets of sonatas and concertos, why not dip into outstanding sonatas by his lesser-known contemporaries? No artist exists in a vacuum and certainly Beethoven was no exception. Here Bavouzet invites us to listen comparatively for influences, as well as for elements of piano-writing that were common to them all.

Joseph Wölfl’s delightful E major Sonata from 1805 is all clarity and gentility, with a logical flow of plentiful ideas more prone to charm than to challenge or surprise. In the Andante cantabile, Bavouzet gives full vent to Wölfl’s unabashedly operatically inspired writing. Even the extended minore section of the Rondo finale seems more playful than dramatic. Clementi, whose piano sonatas Beethoven is said to have valued above those of Mozart, is represented by one of the three Op 50 Sonatas. Not published until 1821, it nevertheless seems clear that this wonderful sonata was complete by 1809, around the time of Clementi and Beethoven’s closest interactions.

Czerny tells us that, as pianists, Beethoven and Hummel inspired vociferous partisanship among the Viennese musical public. In Hummel’s overtly virtuoso Op 20 Sonata from 1807, Bavouzet’s focus is on its extraordinary pathos and startlingly original formal procedures. Jan Ladislav Dussek was in service to the Prussian Prince Louis Ferdinand, even accompanying him on campaign at the time of his death during the Napoleonic wars. Dussek’s response was the ‘harmonic elegy’ heard here, a two-movement sonata published in 1807. Bavouzet displays great finesse in both the extended fantasy, rich with contrasting affects, and the driven finale marked vivace e con fuoco.

Bavouzet’s keen intelligence and pristine musicianship are evident throughout, not least in his vivid delineation of the individual characters of these four composer-pianists. A generous 12-minute bonus track compares various details of their work with one another and with Beethoven.