The Ear of Theodoor van Loon 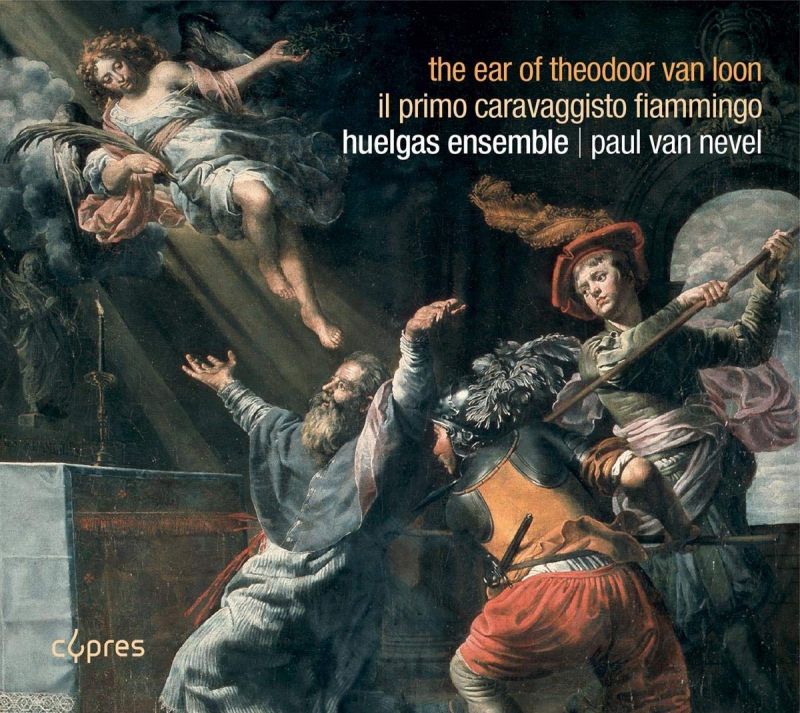 This is one of those recitals of out-of-the-way repertory in which Paul Van Nevel specialises, intended to accompany the paintings of Theodoor van Loon, a Flemish painter who absorbed the style of early Baroque painting in Rome and introduced it to his homeland. Hence a programme of music that trembles on the verge of the Baroque, marked by Palestrina’s Roman pupils on one hand and the painter’s contemporaries at the Brussels court of Albert and Isabella of Habsburg on the other.

We so rarely get to hear many of the composers represented here; and if not all of the music is stunningly original, so well is it made that it positively shines when presented in performances as poised and polished as these. Voices and instruments appear separately or judiciously blended, and (for once, I’m tempted to say, and so far as I can judge) Van Nevel plays the notes more or less straight, in the best sense. The Roman material (Soriano, Anerio, Marenzio in particular) is very strong, though Zamponi’s Dies irae is pretty thin and overstays its welcome. Things pick up with Géry de Ghersem, Nikolaus à Kempis and especially the English Catholic exile Peter Philips, whose eight-voice Hodie nobis de caelo finishes as the disc began, with sumptuous eight-part writing, this time with all the performers combined. Even though nearly everything is done one-to-a-part, performances involving several voices seem to me stronger than those where just one part is sung; an exception is the expressive soprano in Philips’s lovely berceuse Le bel ange du ciel, a gem of a Christmas scene that arrives just in time. It made me smile.

The Ear of Theodoor van Loon