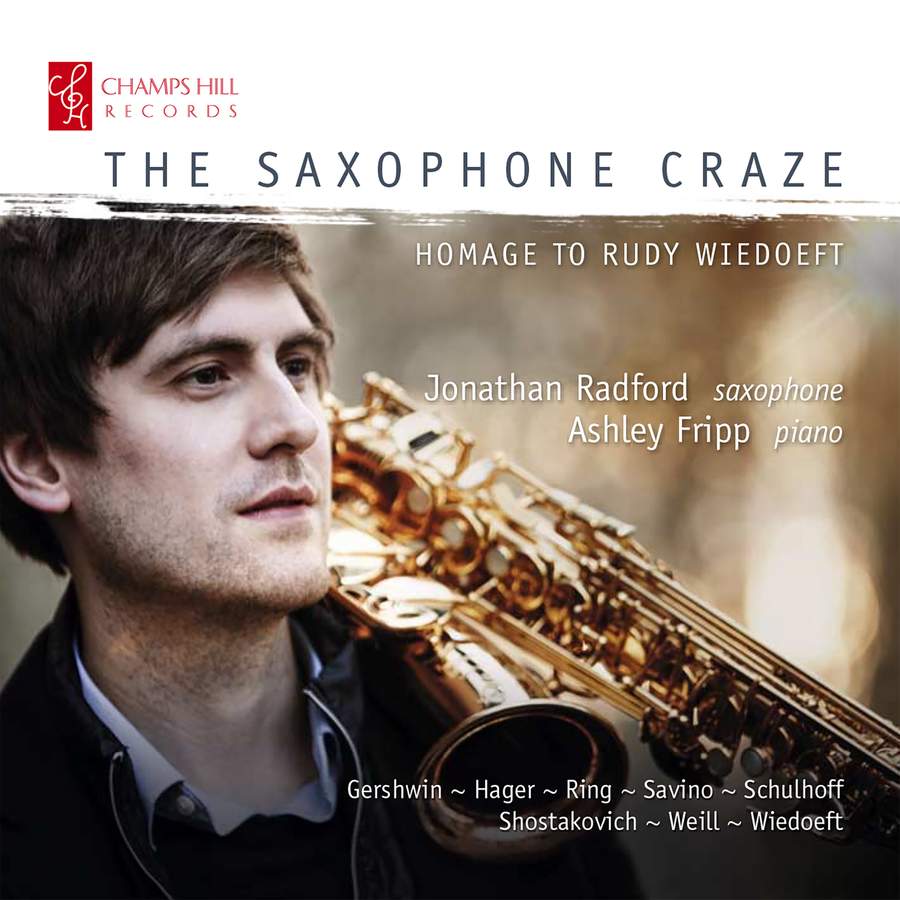 A notable venture of the Covid pandemic was Jonathan Radford’s exploration of the ‘Roaring Twenties’ with Ashley Fripp, throwing a welcome spotlight on the one-time ‘Kreisler of the Saxophone’ Rudy Wiedoeft (1893-1940), who did not so much rediscover the instrument as reinvent it for a new era. It is audible with his irresistible arrangement of the cavorting Danse hongroise, originally written at the turn of the 20th century, then pervades the soulful co-written Danse l’orient which, in the company of such hits as the lilting Waltz-Llewellyn or insouciant Valse Marilyn, feels typical of his music’s appeal during its ‘purple patch’ of the early 1920s.

Consummate technician and showman, Wiedoeft failed to make the creative breakthrough of musicians such as Ervín Schulhoff, whose Hot Sonata (1930) tempers its sensuous allure with that keen objectivity equally to the fore over this period. Not least Kurt Weill’s trailblazing Threepenny Opera (1928), five of its most familiar numbers having been transcribed by these performers, who offer a dextrous take on the current evergreen that is ‘Waltz No 2’ from Shostakovich’s Suite for Variety Orchestra (1956). Yet more impressive is Jun Nagao’s expert refashioning of Gershwin’s Rhapsody in Blue (1924), Radford switching nimbly between soprano, alto and tenor saxophones while Fripp simulates the orchestra’s tuttis and interjections with aplomb.

Recorded with clarity and immediacy, and decently annotated (more on the volatile career of Wiedoeft can be found at garfield.library.upenn.edu/essays/v12p068y1989.pdf), this resourceful and well-planned recital is always instructive and never less than enjoyable.