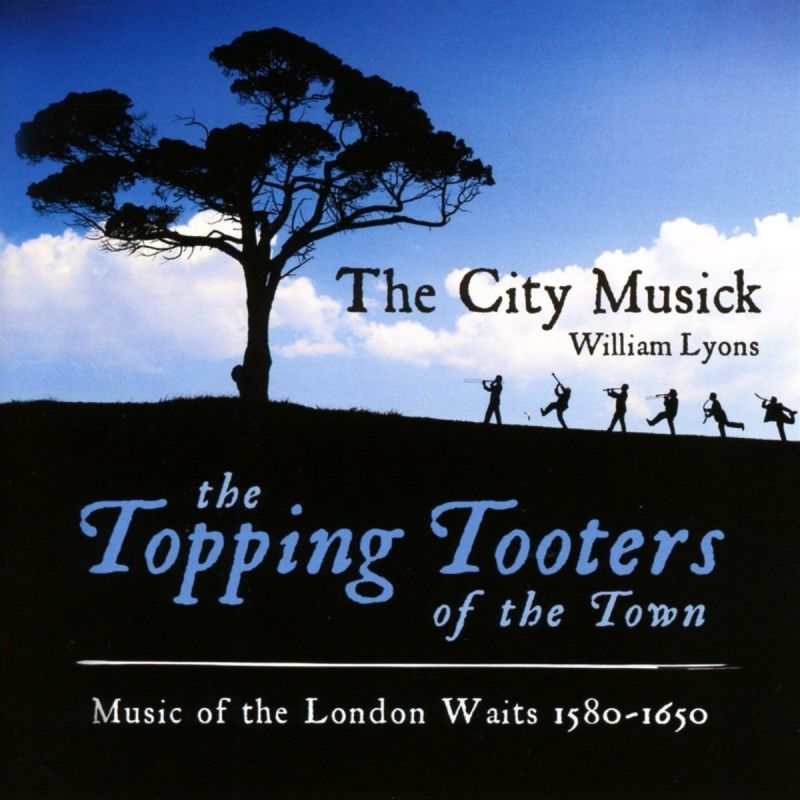 William Lyons’s brief but telling booklet notes for ‘The Topping Tooters of the Town’ read like a passionate cry of protest. His period wind ensemble, The City Musick, is, after all, named after London’s 16th- and 17th-century ‘waits’ and the disc is in many ways an attempt to restore this much-maligned genus of performers to their rightful place in musical history.

Books, plays and popular history would have us believe that town waits were little more than nightwatchmen with a curious sideline in music-making. But, as Lyons reminds us, the best among them were skilled artists, not just policing civic life with their instruments but playing for theatrical performances and religious services as well as masques and dances. The waits’ repertoire gives us a wonderfully vivid snapshot of the era, and the variety of genres here in turn generates a generous range of style and instrumental textures, thanks both to original scores and some new arrangements by Lyons himself.

Recorders provide skittish, agile voices for the madrigalian counterpoint of dances such as the anonymous Tinternell and the intriguingly titled Turkeyloney (sadly the booklet offers no explanation), but really come into their own in a sequence of contemplative works by Anthony Holborne, including the charming The Lullabie and The Cradle. Rasping shawms and dulcians as well as some resonant bagpipes bring colour to the folk dances (including a familiar selection from Playford). A quartet of voices joins them for the psalm-settings, singing in the dull-vowelled, strongly accented folk style of a Thomas Hardy adaptation, while the gilded tones of cornetts and sackbutts add a sense of civic occasion and spectacle to proceedings.

Precise (except where blowsy imprecision is an atmospheric decision) but always characterful, this attractive disc wears its historical knowledge and skill lightly enough to appeal well beyond a specialist audience. I bet, though, it’s even more fun live.