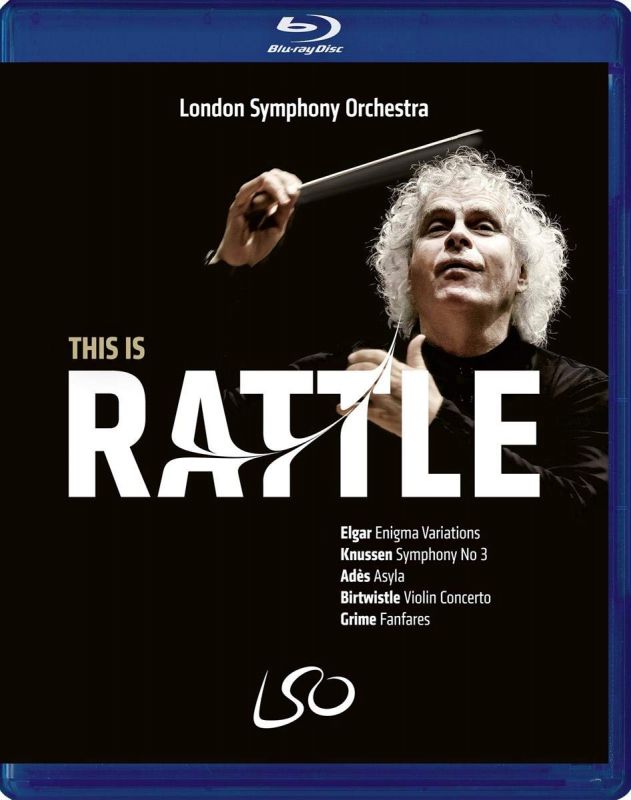 In releasing films of significant recent concerts in toto on their own label, the LSO evidently have a marketing plan in mind, but there is a danger that the details of the individual performances within them are obscured by a sense of occasion that, in itself, passes with time. Considered as if from first principles, Bruckner’s Eighth Symphony (9/18) was one example; others no less remarkable on their own terms were the Quatre Poèmes hindous of Delage and Métaboles of Dutilleux (A/17).

In the same vein, from the opening concert of Simon Rattle’s tenure as music director, the Violin Concerto by Harrison Birtwistle deserves a CD release to itself. At its UK premiere in 2011, the single-movement piece had made a strong if unfocused impression as an unlikely but happy marriage of composer and form. Birtwistle has not forsaken his lingua franca of slowly shifting masses of pedal-point harmony, or large ensembles anchored by deep currents of low brass, but he has mediated their elemental power with a procession of orchestral soloists who, one by one, join the soloist in duet. Camera angles in the Barbican are limited compared with the imagination and virtuosity of the playing here: another argument for the CD format.

Christian Tetzlaff gave the first performances, and he continues to own the concerto, as it were, with playing of ferocious accuracy throughout an almost unbroken sequence of urgent, keening recitatives exploiting the instrument’s full range. Resolution is hard to come by in Birtwistle; the concerto’s business is with an unending dialogue between the one and the many, shared with his operas. The part may often sing of ambition frustrated or loneliness unconsoled, but it sings nevertheless. Without tying up the argument in a neat bow, Tetzlaff impresses the sense of an ending on the closing pages as the soloist is absorbed, Berg-like, within the onward passage of orchestral time.

This putative CD would also valuably include Woven Space, a commission from Helen Grime for Rattle’s first season. Designed to stand alone, the four-minute opening ‘Fanfares’ nevertheless leaves a fleeting impression of aerobic activity contrasted with a melody passed between solo winds: a tantalising proposition answered here not by its companions but by its obvious forebears, late 20th-century veiled symphonies by Adès and Knussen.

When Rattle premiered Asyla in 1998 and then raised the curtain in Berlin with it four years later, the relative unfamiliarity of its idiom generated a freshness in both performance and filming that this third recording lacks, for all its polish. Knussen’s Third is another matter: full of luminous detail, its sometimes violent, always intricate progress unfolding across the whole orchestra and heading towards a huge, 12-note chord with Brahmsian inevitability. Much the same could be said of the Enigma Variations, caressed into form with a knowing, 2019 version of the portamento used by the Queen’s Hall Orchestra on the work’s first recording. The ‘EDU’ finale receives an electric account and reception, and the film surely records a sign of things to come.

Variations on an Original Theme, 'Enigma'