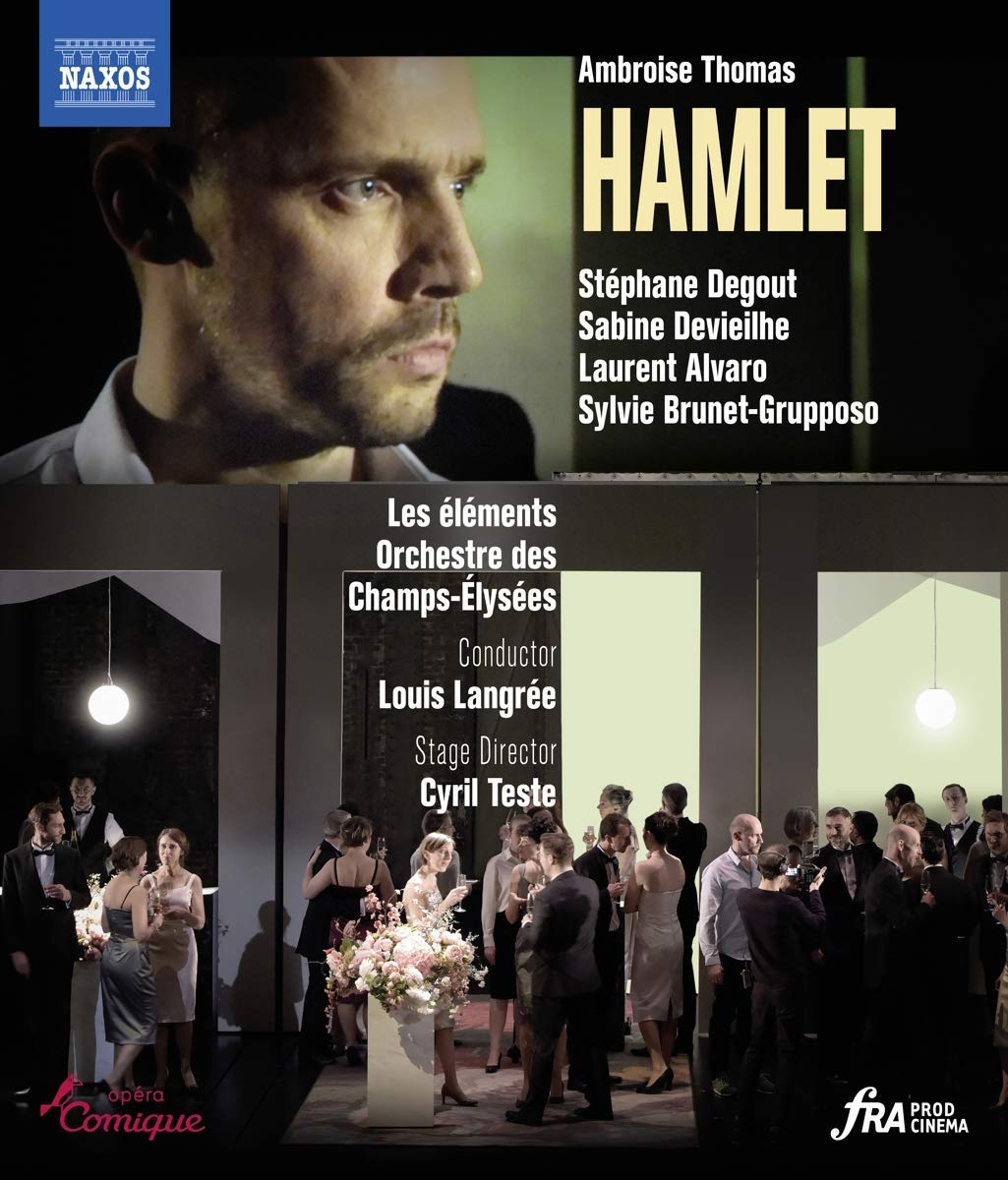 Staged at the Opéra-Comique to mark the 150th anniversary of its premiere in the slightly grander setting of the Opéra, Cyril Teste’s production of Hamlet hauls Ambroise Thomas’s tragedy into the present day and probes its complexities with an anti-Romantic dispassion that at times borders on the surgical. Based on Alexandre Dumas and Paul Meurice’s 1847 adaptation of Shakespeare, rather than the original play, the piece itself has, of course, been much castigated, often unfairly and above all by anglophone critics, for its divergences from Shakespeare’s narrative, most notably the ending, in which Hamlet survives to be crowned king. The score, however, contains much that is strikingly original in its sustained mood of pervasive melancholy, the genuine frissons of its supernatural confrontations and its consistently expressive vocal writing, even in passages such as Ophélie’s mad scene, where virtuosity is paramount.

Appropriately enough for a work in which a play within an opera reveals unpalatable truths to those watching it, Teste takes the Opéra-Comique itself as a metaphor for his exploration of the underlying relationship between illusion and reality. Video is integral to his scheme, some of it pre-recorded, some of it captured live by the cameramen we see among the performers, all of it projected on the sliding screens of Ramy Fischler’s sets. It allows Teste to take us backstage, where we see Laurent Alvaro’s Claudius getting ready for his first royal appearance, and into the theatre’s bar, where Sabine Devieilhe’s distraught Ophélie swigs whisky after Hamlet’s desertion. Teste also uses the whole of the theatre’s stalls, where Jérôme Varnier’s Ghost rises awesomely from among the audience, and where Stéphane Degout’s Hamlet rampages gleefully after ‘The Murder of Gonzago’ has brought Claudius’s guilt to light.

Some of Teste’s interpretative glosses can be unnerving. There are hints of an unseemly intimacy between Ophélie and Julien Behr’s Laërte, to which Hamlet is privy. The mad scene is deeply creepy as stagehands pack up the remnants of Ophélie’s life even before its end, and the Gravediggers have become morticians clinically laying out her corpse. François Roussillon’s video direction, however, occasionally spends too much time in long shot to capture the multiple video projections on stage, and no amount of skilful filming can quite replicate what must have been an immersive experience for the audience with so much of the production happening round them.

Where Roussillon scores highly, though, is in his often remorseless close-up focus on Degout so that we see every furrow of sorrow on his face and every glint of desire or anger in his eyes. He gives one of his greatest performances here, marvellously sung and acted, with every gesture, vocal and physical, affording us insight into Hamlet’s disturbed psyche: it’s an extraordinary achievement. Devieilhe makes an outstanding Ophélie, touching and vulnerable, her coloratura dazzlingly precise but never vacuously showy. Sylvie Brunet-Grupposo’s Gertrude can occasionally be grand-manner but there’s terrific tension in her big showdown with Degout. Alvaro’s handsomely acted Claudius lacks focus in his lower registers. Behr, in contrast, is impeccably stylish, and you rather wish Thomas had given Laërte more to do. Louis Langrée really knows how to make this music live and breathe, and the playing, choral singing and recorded sound are all exemplary. Buy it and watch it, above all for Degout, who is unmissable and unforgettable.