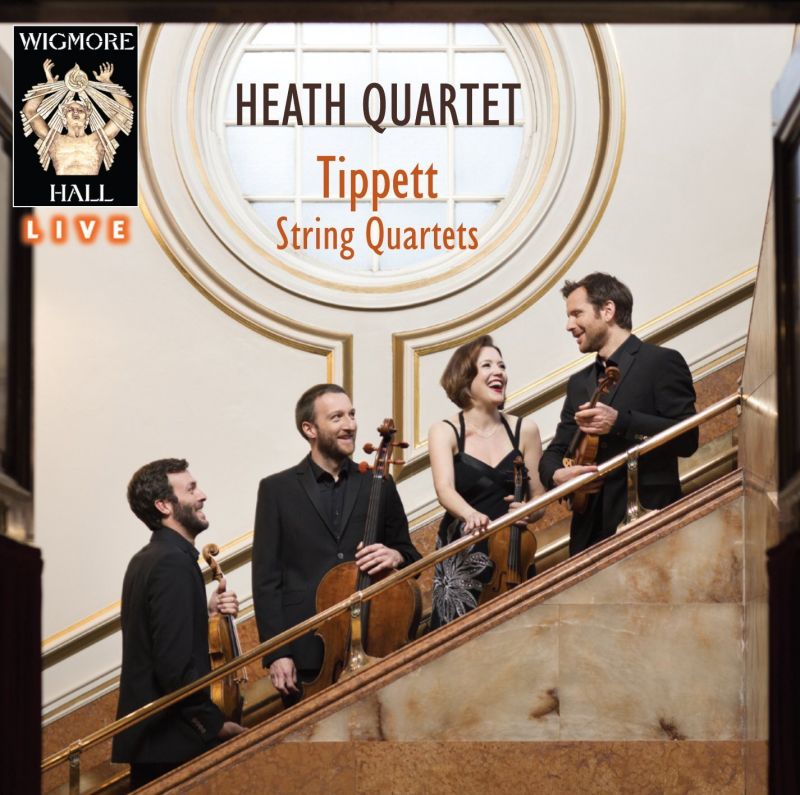 Less forcefully than The Lindsays, yet with more momentum than the Tippett Quartet on Naxos, the Heath Quartet’s Tippett exemplifies how ideas of Beethoven’s quartets in performance, and string quartet-playing more widely, have evolved over the last four decades. Yes, Beethoven, not only Tippett, for these works and these performances are unimaginable without a lived understanding of the medium as civilised arena for conflict and resolution, to which both composers cleaved to the last.

Whether from historically informed awareness or simply the experience of living and working in the here and almost-now, London 2013-14, they bring more rhetorical breath than their colleagues to the spacious introduction of the Third Quartet and the halting, flowering lyricism of the First Quartet’s slow movement. Authentically Tippettian life-force surges through the Second here, still the best-known of the cycle. The Heaths positively skip through the first movement’s playful heterophony, much harder than it sounds, before alighting on a finely judged, downbeat conclusion in another modern interpretation of Tippett’s heritage from Beethoven – think of Norrington ending the first movement of the Eighth Symphony. Technical aptitude has increased since Tippett was composing for the Zorian Quartet in the middle of the last century, to the point where the challenge of rhythmic complexity in the Third’s fugues or the First’s finale can hardly be heard in the playing but must be reimagined by the listener, like the opening bassoon solo to The Rite of Spring.

Although chording is not always exact in such passages, they accumulate the confident requirement of resolution (so like Beethoven in this way, Sibelius too) that comes, in these live recordings, with a heightened sense of inevitability and satisfaction compared to studio-bound productions. The Wigmore hush – and the Heaths’ response to it – is most beneficial in the long, fragile span of the Fifth’s finale. Caution is thrown to the winds most memorably in the Fourth Quartet, the cycle’s charged flashpoint. The Heaths maintain tension throughout, withholding arrival-points from this birth-to-life narrative, whereas The Lindsays allow breathing space in the central, Bartókian nocturne. Both approaches are persuasive, but no one has dramatised the finale’s palindrome, with a spooky hall of mirrored harmonics at its centre, with the poise of the Heaths. A tremendous achievement.