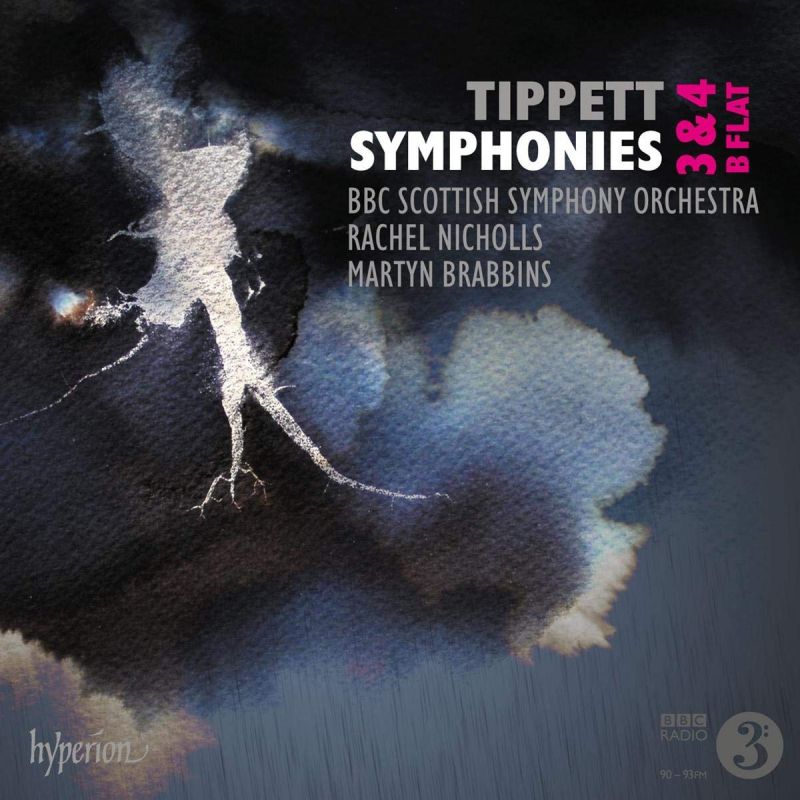 The Tippett who wrote the Third and Fourth Symphonies between 1970 and 1977 was, inevitably, a rather different composer from the Tippett who composed their numbered predecessors in the 1940s and ’50s. Yet the essence of his musical spirit, rooted in a combination of left-wing politics and Jungian psychology, had not disappeared. Rather, it was seeking new relationships with the more laid-back, liberated mood of the 1960s. Conscious distancing from hallowed traditions (like Beethoven’s Ninth, alluded to in the Third Symphony) was even more necessary. At the same time, Tippett surely believed that human behaviour – human culture – should never lose all connection with those fundamental values that, even in the 1960s, most devotees of the high arts aspired to preserve.

The operas and symphonic works enshrining Tippett’s response to these new conditions were controversial when new and remain challenging – not least to performers – 40 years on. It’s a tall order for a large orchestral ensemble to achieve, unanimously, that effortless blend of the streetwise and the sublime that the Third and Fourth Symphonies strive to project. No 3 is the longer and more complex of the two, a febrile negotiation between aggressiveness and calm that moves from a purely instrumental first part to a cantata-like second part. This centres on three Blues, Tippett-style, highlighting the genre’s special capacity for turning from sadness to consolation. Soprano soloist Rachel Nicholls might be more Brünnhilde than Bessie Smith, but Tippett’s Blues are in any case more operatic, in the spirit of The Knot Garden (written shortly before the symphony), than directly imitative of the American folk music that lies some distance behind them.

Symphony No 4 is less heterodox but equally demanding in its kaleidoscopic shifts of mood and texture – shifts that nevertheless seek to sustain a subtly evolving musical narrative. The orchestral playing in these performances cannot avoid occasional hints of doggedness, a sense of concentrating for dear life on intricately interweaving lines that can proliferate at breakneck speed or freeze into a state of deeply reflective stillness. Probably only regular performance over several years would create the kind of inspired spontaneity the composer seems to have imagined. Nevertheless, as with last year’s Hyperion release of Symphonies No 1 and 2 (1/18), Martyn Brabbins and his attentive recording engineers ensure that clarity of detail always serves the broader symphonic processes that remain at the heart of Tippett’s vision. In this context it is especially rewarding to have the first recording of the recently resurrected Symphony in B flat, begun in 1932 and worked on up to 1938, the year in which Tippett began his first wholly characteristic piece of orchestral writing, the Concerto for Double String Orchestra. Writing the B flat Symphony probably helped him to accept that, while Sibelian solemnities were not for him, a spirit of songful dance could be symphonically realised in other ways; and so it brought to an end his unusually protracted apprenticeship.

Symphony in B flat