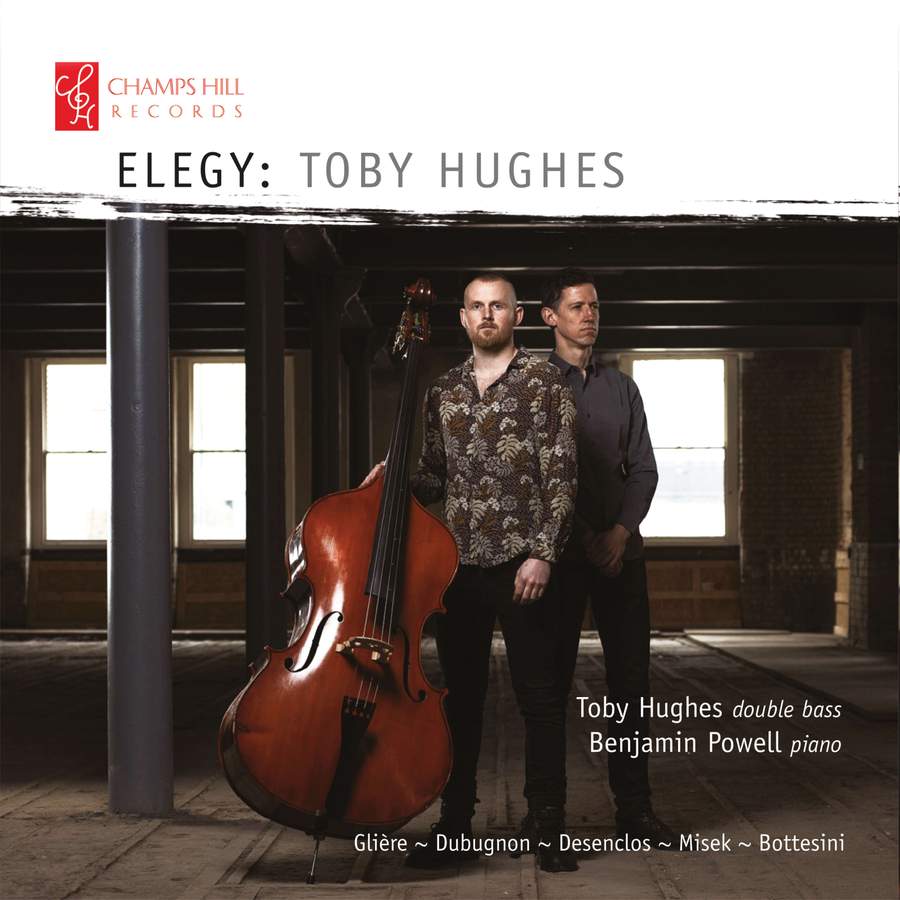 Despite its title, Toby Hughes’s debut album is not so much a disc of elegies as an examination of the solo double bass’s expressive potential and an exploration of the 19th- and 20th-century chamber repertory written specifically for it. That Glière is the best-known composer here serves as a reminder of the instrument’s relative neglect away from its orchestral role and its associations with jazz. It’s also perhaps significant that Giovanni Bottesini (1821-89), famously, and Adolf Mišek (1875-1955) were bassists themselves, as is Richard Dubugnon (b1968): the works of all three can effectively be seen as attempts to expand their own repertory in the absence of major contributions by their contemporaries. Glière, in contrast, had the young Koussevitzky on hand for whom to compose his Four Pieces, written in two pairs as Op 9 (1902) and Op 32 (1908), while Alfred Desenclos’s Aria et rondo (1952), the only jazz-influenced work to be included, was originally intended as a test piece for Conservatoire students, though it is in some ways more substantial than that.

Some of the music is frankly uneven, though Hughes and Benjamin Powell perform it all with considerable elegance, virtuosity and flair. Hughes’s tone is wonderfully warm, his phrasing immaculate, so long lines really breathe and sing. The expansive melody of Bottesini’s first Elegy sounds particularly beautiful, while Hughes’s dynamic subtlety speaks volumes in Dubugnon’s first Ekskize, with its fragmentary phrases over shivery, Impressionistic piano chords. Mišek’s big Sonata, the most substantial work here, very retro for its time (1911) and heavily indebted to Dvořák and Brahms, combines lyricism with drama, above all in its nobly assertive opening movement and the exhilarating Furiant that forms its scherzo.

Glière’s Four Pieces include a Scherzo and Tarantella that are real virtuoso showstoppers, while Desenclos’s Aria et rondo, strongly influenced by Ravel, is by turns soulfully nostalgic and extremely witty as its rondo theme morphs into a jazz riff, complete with walking bass and ritzy syncopations. Desenclos’s piano-writing goes way beyond that of the usual Conservatoire test piece, and Powell comes very much into his own here with playing of great exuberance and subtlety. He and Hughes have a fine partnership throughout, though, thinking as one and functioning as a single expressive unit. It’s a fine, engaging disc, and hugely enjoyable.