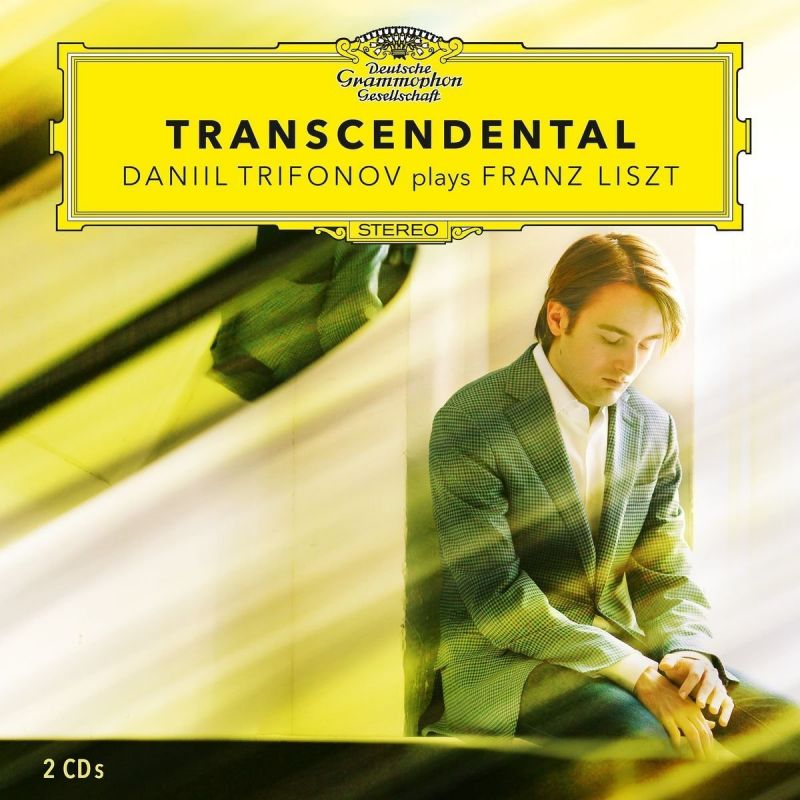 There must be others but I have only ever come across one release with these four sets of studies: an EMI compilation from 1998 with honours shared between Vladimir Ovchinikov, Jeanne-Marie Darré, José Abel González and Georges Cziffra. I have never encountered all four released on a single release played by the same pianist. It’s a big call. The result is a triumph.

After the opening salvo of the Etudes d’exécution transcendante, Trifonov attacks the A minor study with tremendous ferocity, so much so that on page 4 he had me scurrying to check the score. There are the left hand’s clearly marked accents against the right hand’s semiquaver octaves but which I could not recall anyone illuminating quite so clearly. Throughout the set, indeed, Trifonov does Liszt the courtesy of following his instructions, so that when he comes across il più forte possibile in No 4, ‘Mazeppa’, you really do believe that this passage cannot be played any louder. Not that he is a pedant. At 5'40" in the same study he inserts a fermata where the figuration changes from the allegro deciso to the start of the coda (some may feel the quasi recitativo section of this is slightly over-egged). The demands of No 5 (‘Feux follets’) are met with imperious ease – Trifonov’s 3'27" is exactly the same as Lazar Berman’s classic 1959 recording – and he rounds off the feather-light ending with a piece of delicious timing. The largamente final bars of ‘Vision’ (in E flat) segue without pause into the relative minor of ‘Wilde Jagd’. With score in hand one notices telling little details which illustrate what an imaginative player he can be: note, for instance, at 0'30" after the four duplet chords the way he holds the dominant seventh chord under the five succeeding chromatic flourishes. Clever – and effective colouring – though not precisely what Liszt notated.

In this miraculous little tone-poem and No 9, ‘Ricordanza’, Trifonov shows he can do delirious ecstasy without crossing the line into vulgar exhibitionism, and can control on the turn of a sixpence the pace and dynamics of these highly charged and emotional works. The final A flat major chord of ‘Ricordanza’ leads attacca into the F minor onslaught of ‘Etude X’ (another exciting, individual touch), the last page of which is scintillatingly articulated. This is unquestionably one of the great recorded performances of the Transcendental Studies.

The three sets of studies on CD2 are equally compelling, with Trifonov’s eye for pointing up subtle details likely to appeal to Lisztian connoisseurs – the left hand’s rhythmic support in ‘Gnomenreigen’, for example – who are unlikely to complain about putting a bar up an octave in the E major section of ‘Un sospiro’ or adding a tremolo E flat in the last bars of the second Paganini Study. A major bonus is to have all three of the S144 Concert Etudes in sequence – surprisingly rarely encountered, for while No 2, ‘La leggierezza’ and No 3, the aforementioned ‘Un sospiro’ have enjoyed myriad recordings, the first of the set, ‘Il lamento’, is hardly known at all, possibly because it has less obvious attributes of a study than its companions. It’s a wonderful piece, and at 9'07" one of the longest of all Liszt’s études.

Almost as scarce are all six of Liszt’s Paganini Etudes (No 3 is the ubiquitous ‘La campanella’), though only a few months ago I welcomed Goran Filipec’s account (Naxos, 6/16). Apart from No 1, ‘Tremolo’, in which I feel he is unnecessarily deliberate, Trifonov has the edge, if only for the astonishing ‘Arpeggio’ (No 4) and a simply scintillating ‘Tema con variazioni’ (on the famous A minor violin Caprice), which compares exactly with Marc-André Hamelin’s account (Hyperion, 11/02).

Every decent record collection should have at least one version of all four sets of these studies. It is quite a feat for a single pianist to deliver what are, in effect, top-of-the-pile performances of almost all of the 23 separate titles – but that is what Trifonov offers. Even if you have Berman, Cziffra and Berezovsky in the Transcendentals, and Hamelin and Graffman in the Paganini Studies, you will want to hear Trifonov, who also has the benefit of superior recorded sound (the piano is closely but not claustrophobically captured by Marcus Herzog, with the occasional pedal thump). Trifonov’s is the best kind of virtuoso playing, where one is hardly aware of the notes being played, allowing one to simply bask in the genius of Liszt’s musical narrative and the transcendant execution of an awesomely gifted pianist.