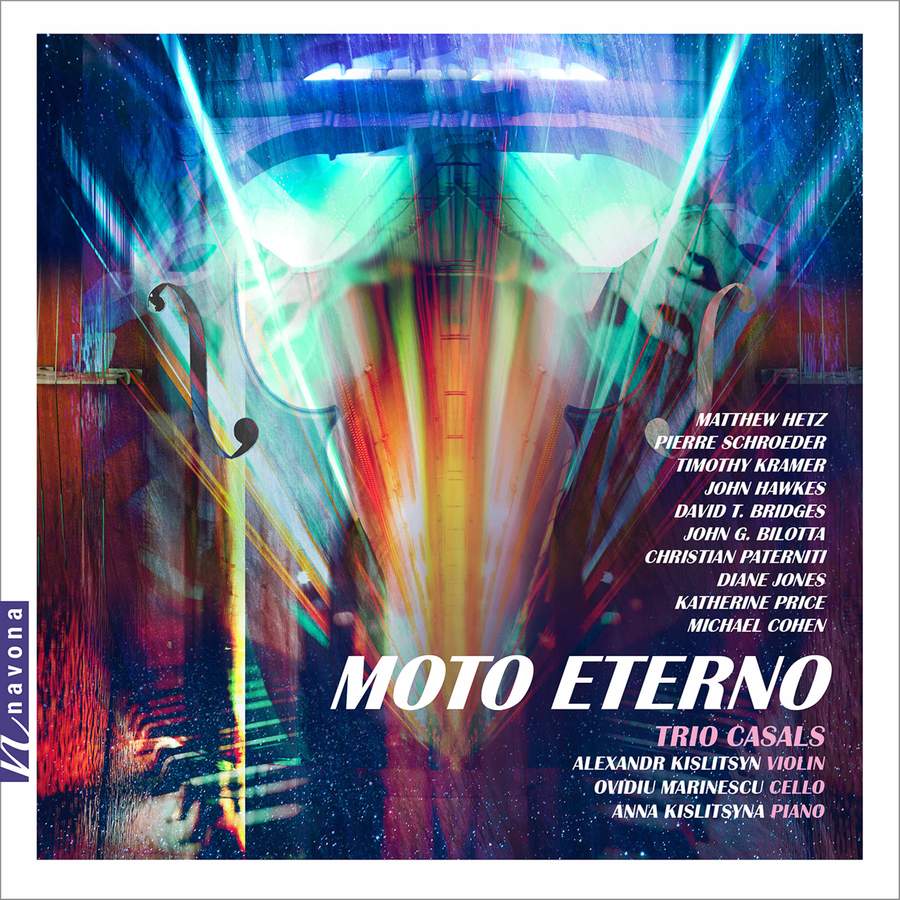 This is the fifth album that Trio Casals have released for Navona in their ‘Moto’ series. The line-up has changed from their previous instalment, ‘Moto celeste’, with violinist Alexandr Kislitsyn replacing Sylvia Ahramjian. Otherwise, the format follows the familiar path of short pieces (often in a single movement) for piano trio set cheek-by-jowl with duos and at least one cello solo performed by Ovidiu Marinescu – well, this is Trio Casals, after all.

In this instance, the cello solo – Timothy Kramer’s Vanishing Perspectives (2004), for an amplified instrument – is one of the most immediately impressive works, an evocative fantasia designed to emphasise the cello’s lyrical qualities, which the composer feels are being eroded. Evocation of a very different type occurs in the opening duo for cello and piano, Sarajevo Cellist by Matthew Hetz, inspired by the anonymous player who performed in the bomb-laden streets of the Bosnian capital in the 1990s. Its driving momentum is gripping, making it all the more maddening that only the first movement is recorded here. Fortunately, all three of David T Bridges’s Three Caprices for violin and cello (2013) are featured, a pithy and varied set the central panel of which is capricious rather than the marked Fickle but very nicely balanced.

The bulk of the programme is for the full trio, the standout items being John Bilotta’s EE Cummings-inspired Beauty from Forgetfulness (2012) and Diane Jones’s Crooked Lake, the latter an ethereal tone poem based on the Y-shaped Keuka Lake in New England. Truth to tell, though, there are no weak pieces in the programme, and all draw sensitive and committed playing from the trio, or its constituent players, as required. Navona’s sound is quite closely recorded but not uncomfortably so, and beautifully clear.