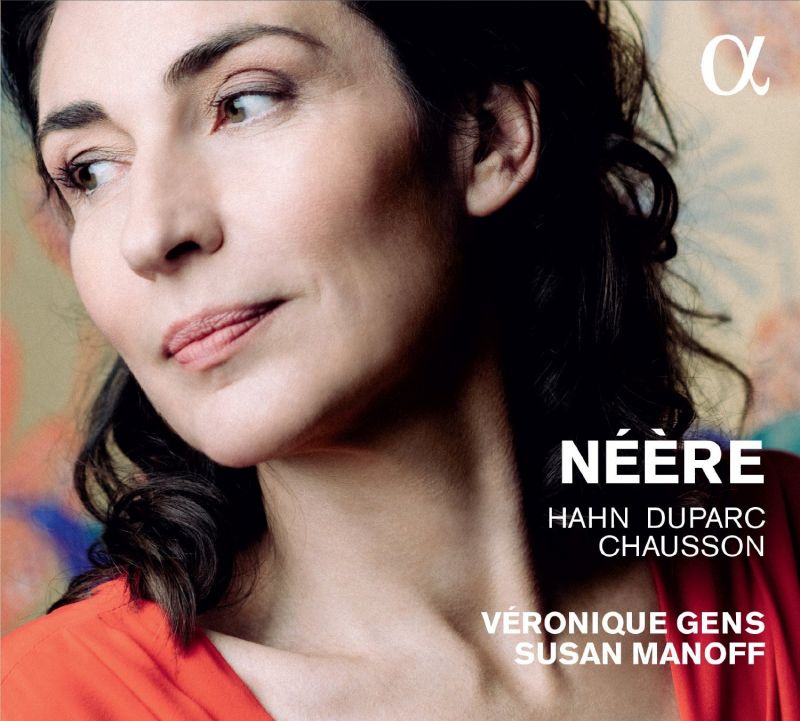 Véronique Gens’s new album is an important issue on several fronts. First and foremost,
it is arguably the most perfectly realised recital of French songs since Stéphane Degout’s very different ‘Mélodies’ (Naïve, 4/11). Second, it is quite remarkable and insightful in its programming. At its centre is Chausson’s Op 2 set, dating from 1881, much excerpted (‘Le colibri’ is very famous), but recorded here complete for the first time since Graham Johnson’s survey of the composer’s songs (Hyperion, 5/01). Around it are grouped works by Duparc and Hahn, the latter represented not only by such familiar items as ‘A Chloris’ but by songs from his Etudes Latines, a mixed solo-choral collection setting texts by Leconte de Lisle, published in 1900. They are quite wonderfully original – their sinewy melodies and pulsing accompaniments are closer in style to Satie’s Gnossiennes than anything else in Hahn’s output – and the disc as a whole makes a superb case for considering his songs, sometimes thought dilettantish, as being on a level with those of his elder contemporaries.

Gens, as one might expect, is exceptional in this repertoire. Most of the songs are about erotic anticipation and tristesse, and her dark, slightly smoky tone adds to the sensuality of it all. She sings as much off the text as the line, but nothing is nudged or forced in an overtly interventionist way. Neither she nor her pianist Susan Manoff seemingly believe that French song is necessarily about restraint and delicacy, and both are prepared to use bold colours and effects when the situation demands. ‘Au pays où se fait la guerre’ delivers near-Gothic frissons as a lurch of vocal anxiety and a piano shudder accompany the sound of strange footfalls on the tower stairs, and the arpeggios with which Manoff surrounds the image of the fields coloured ‘d’hyacinthe et d’or’ in ‘L’invitation au voyage’ glitter and sparkle like the contents of some sumptuous, decadent jewel box. Elsewhere, poise is all. Gens’s ‘A Chloris’ is one of the best there is, and Hahn’s ‘Néère’, which gives the disc its title, leaves you open-mouthed with its beauty.