Variety: The Art of Variation 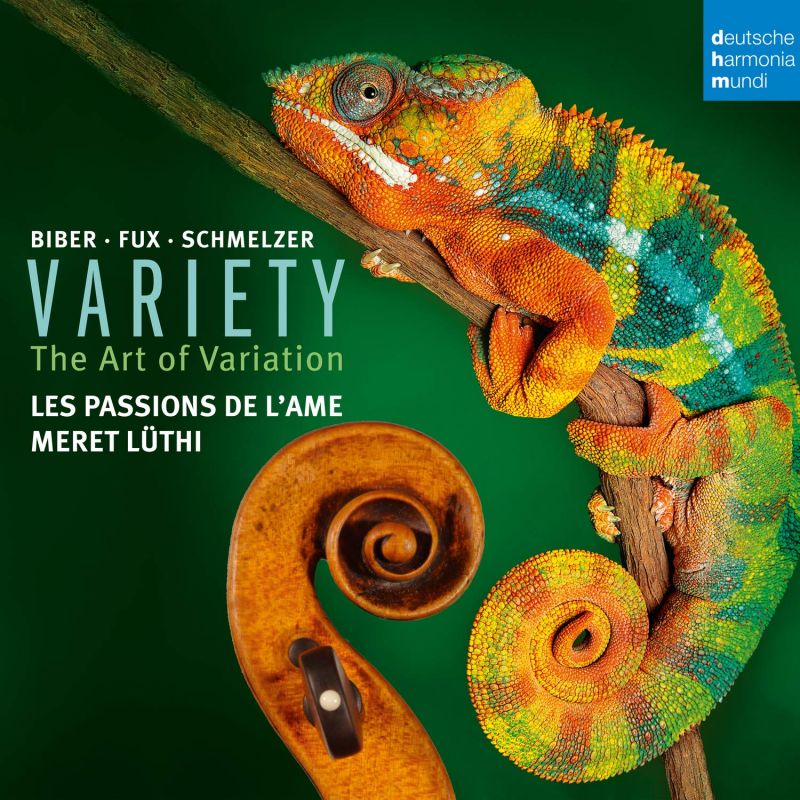 Last album it was musical jokes. This time it’s the art of variation form. But while on paper ‘Variety’ may sound like a more serious-minded affair than its predecessor, ‘Schabernack’ (8/17), that’s without reckoning on the bubbly joie de vivre with which Berne-based Les Passions de l’Âme approach everything they touch. In fact the whole premise of this album (which incidentally has director Meret Lüthi and her fellow violinist Sabine Stoffer on a beautiful borrowed pair of Stainer violins) is that its three generations of self-made social-climber composers knew that the most effective way to reel in the punters for their expensively printed music was to make it a source of fun: challenging but not unintelligible in both technical and listening terms, with plenty to tickle the ear.

This band are experts in tickling the senses, too, beginning with their distinctive overall sound: the presence of the ringing dulcimer; the delicacy of texture and attack; the flowingly rhythmic rise and fall accentuating the Baroque repertoire’s dance roots; the use of dainty percussion such as khartal and tamburello. Fux’s Rondeau a 7 – featuring some deliciously light bassoon-playing from Gabriele Gombi – illustrates all this beautifully; and if you really want to appreciate how distinctive the playing is then look up the readings from Nikolaus Harnoncourt and Reinhard Goebel.

Also worth pointing out with this particular programme is the extent to which modes of expression are as much an unfolding story as its melodic lines. For instance, flip to Schmelzer’s Sonata No 3 in G minor from his Sonatae unarum fidium of 1664, whose opening lyric pathos tips into lighter-heartedness once the quavers kick in with their implied polyphony, complete with a surprise joyous kick at 2'02"; and from here Lüthi’s violin leads us through a constantly shifting landscape of different dynamics, attacks and tones.

The concluding work, Biber’s Partia No 5 from his Harmonia artificiosa-ariosa, serves up yet more treasures: the punchy rhythm and bright grip of the duetting violins’ sound; the textural luxuriousness, timbral variety and sheer glow on display over the Aria’s combination of two violins, dulcimer and organ; the lightly worn jauntiness of the Balletto presto’s walking bass. I could go on: Les Passions de l’Âme have served up yet another life-affirming cracker.

Variety: The Art of Variation

Sonata No 6 for Solo Violin