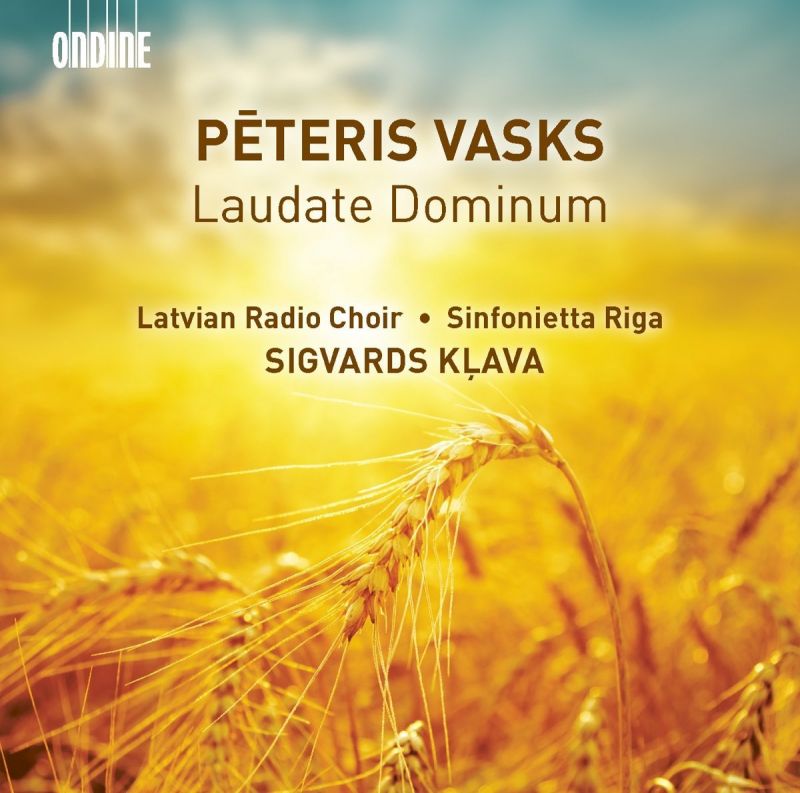 Lauma Malnace’s booklet note speaks of Pēteris Vasks’s ability to ‘transform something deeply personal into a metaphysical message’, which is surely one of the composer’s greatest gifts and that which renders much technical discussion of his music irrelevant. ‘One of’ because Vasks has often done more too (he has railed on behalf of his fellow Latvians in gestures that seem more collective than personal), but here the mood is one of devotion almost without exception.

The piece titled Prayer (2011) is in fact the least prayer-like, rising up in agitation on behalf of ‘the cold, the frightened, the oppressed’ (the words of Mother Theresa) until it slips down via a cello/bass glissando on to a wondrous chord of rare comfort for Vasks. The Fruit of Silence (2013), the disc’s postscript, also floats down on to a Fauré-like modulation in its final breath and there is a Brahms-like glow to Mein Herr und mein Gott (2016), which sets a poetic supplication by the politician-turned-hermit Nicholas of Flüe (1417 87).

In the two longest pieces, intensity comes from the act of prayer itself: focus, concentration, repetition. Da pacem, Domine (2016), ‘a prayer for our mad world’ in the composer’s words, homes in on typical Vasks phrase shapes and harmonies but exercises remarkable control and generates extraordinary intensity. Laudate Dominum (2016) achieves something similar, pitting tumultuous organ passages against pure choral textures and again exploring the transformative power of repetition. Ilze Reine plays the organ of St John’s Church in Riga as if with fire in her eyes, and the Latvian Radio Choir’s trademark combination of purity and luminosity with a sprinkling of Russian friction sets the piece off. At first you might presume Vasks is growing more calm and reflective in these recent works. But the opposite might well be the case.

The Fruit of Silence