VERDI I due Foscari (Repušić) 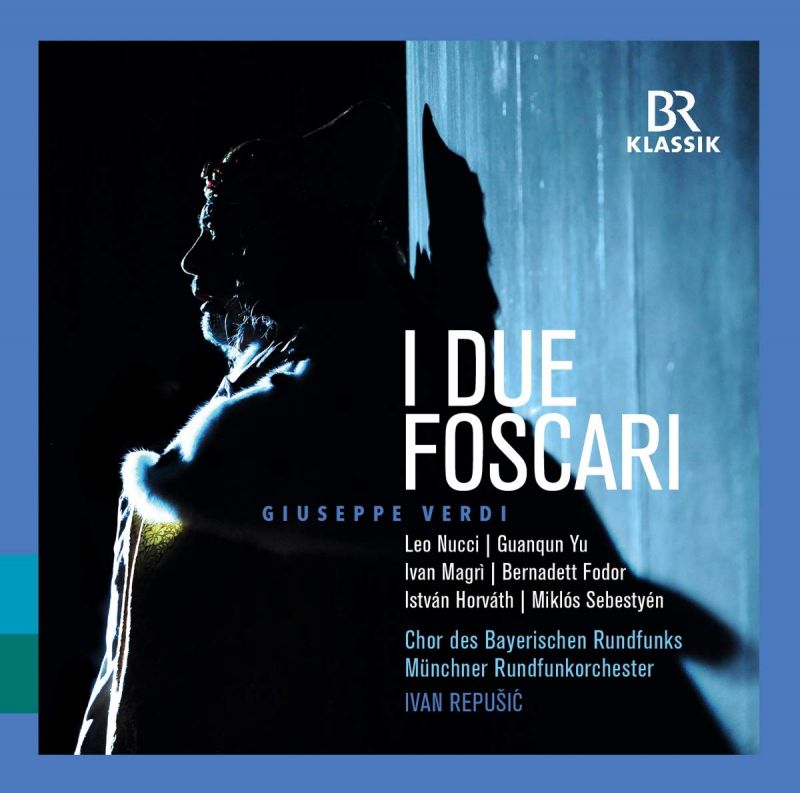 When Achille De Bassini created the role of Francesco Foscari in Verdi’s I due Foscari in 1844, he was in his mid-twenties. But Verdi’s work, a follow-up to Ernani that’s distantly based on Byron, has recently found special favour as a vehicle for singers closer in age to the historical ottuagenario Doge than to De Bassini.

There have been two filmed performances from Plácido Domingo in baritone mode reviewed in these pages in just the last couple of years (9/16 and 12/17), and here Leo Nucci adds a new recording to a couple of his own filmed versions. The appeal of the work as a vehicle for these singers is understandable, but the composer himself had doubts about his subject – originally slated for Venice itself but finally premiered in Rome – and Francesco Maria Piave was ultimately unsuccessful in turning it into compelling drama: it’s a work that can feel more like a loose assemblage of standard scenes, an early study for a later masterpiece, Simon Boccanegra.

But I due Foscari bursts with all the energy and invention characteristic of early Verdi, and Ivan Repu≈ic´’s conducting on this live recording made in Munich last autumn (following up on the same team’s recordings of Luisa Miller and La rondine) is full of vim and vitality. There’s excellent playing from his rich, refined-sounding orchestra (especially good in the various soulful motifs that weave their way through the score) and superb contributions from the Munich Radio Choir.

And Nucci can still deliver in the title-role. He brings real dramatic authority and displays impressive residual heft in his baritone. There’s no hiding the signs of age, though: the voice often sounds nasal and dry, and he has to resort to hectoring in the final act. Listen to Piero Cappuccilli in his prime on the classic Lamberto Gardelli set to hear what this music can sound like.

Nor can Ivan Magrì quite match Gardelli’s young Carreras for thrills as Jacopo Foscari; but the young Italian is an appealing singer with a bright tone and plenty of style. Guanqun Yu also makes a strong impression as Lucrezia, her soprano powerful and focused, with a nice Italianate colour to it. But I miss a bit of fire in the characterisation, and she tires during her longer scenes.

No one with the Gardelli recording should feel the need to rush out and replace it, and BR-Klassik’s measly documentation counts against the new release. Despite the caveats, though, this is a modern set that is both dramatically engaging and enjoyable – and very well recorded too.

VERDI I due Foscari (Repušić)