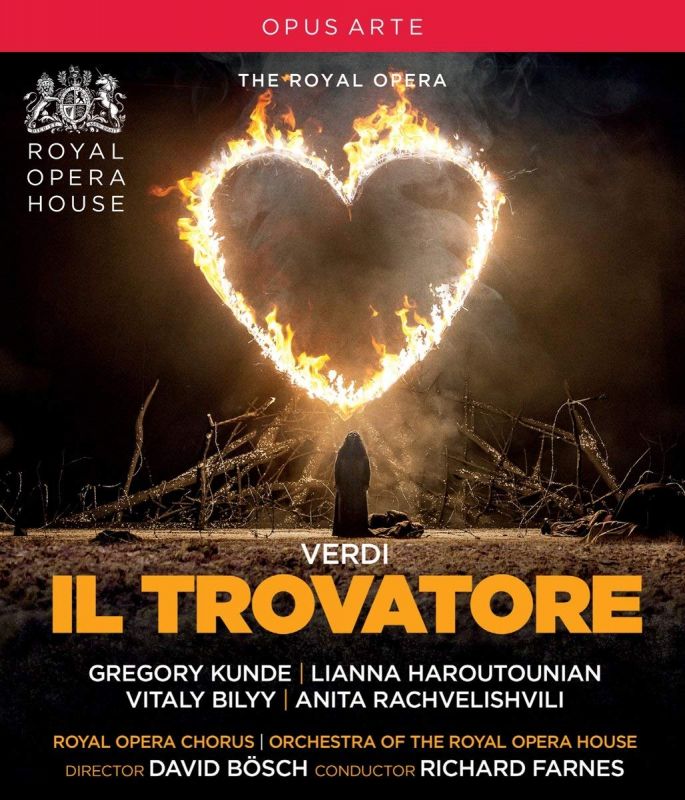 Only unveiled at Covent Garden little over two years ago, David Bösch’s production has already done good service for the Royal Opera. By my calculation it was on its third revival by the time this film was shot. The production itself received very mixed reactions when new, though, and by this stage some of the cartoon-like projections of the original had been dropped.

The predominant grungy-circus aesthetic remains, however – a leitmotif in the work of Bösch and his design team. The setting is roughly contemporary, with lots of gritty violence; the landscape is a bleak mixture of barbed wire and dead trees. Darkness dominates. There are some striking and atmospheric images, but the production feels like a flawed attempt to bring the wrong sort of seriousness to a piece that is bigger on compelling internal drama than coherent external action.

And Bösch, leaving his principals to emote somewhat conventionally, doesn’t really tell us much about that internal drama: he gives us plenty of flickering flame against the darkness but there’s never much sense of fire or unquenchable emotion. He’s not helped by some of the casting. As Manrico, Gregory Kunde sings powerfully and reliably but without much seductiveness in his timbre – and the tenor, then 62, inevitably struggles to represent a paragon of Iberian virility and impulsiveness, leopard-print shirt and leather jacket notwithstanding.

Opposite him, Lianna Haroutounian offers a classy, movingly acted Leonora but is a little short on Verdian authority. Vitaliy Bilyy had the unenviable task of stepping in to replace Dmitri Hvorostovsky as Di Luna but he sings well, with handsome, clean tone and decent legato. The star of the show, though, is Anita Rachvelishvili as Azucena, captured only shortly after making her role debut in the production. Here’s a big, powerful voice, but one capable of silky gentleness. She sings the role with unusual sensitivity and beauty. The smaller roles are conspicuously well sung.

Early in the revival, Richard Farnes was criticised for driving the tempos forwards relentlessly. There’s no evidence of that here, though, in a fine account of the score, balancing musicality and drama, and handsomely played by the ROH orchestra.