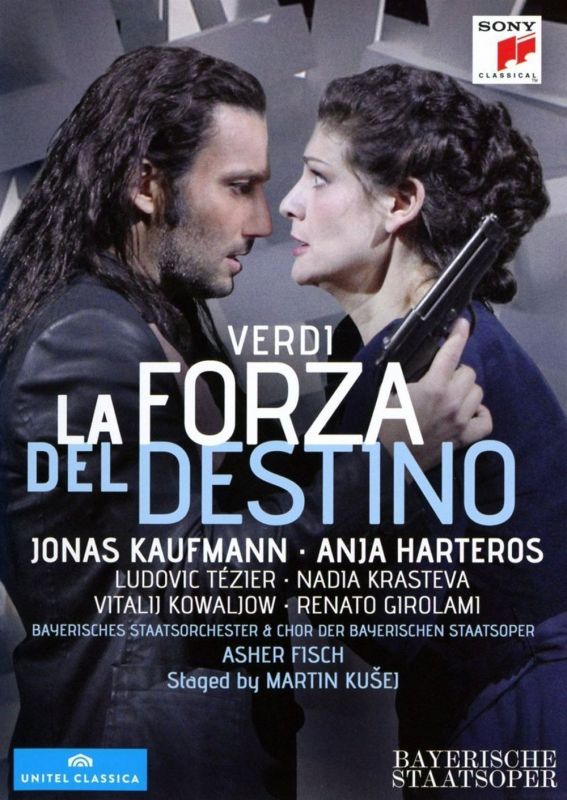 Hot on the heels of Sony’s Cav & Pag starring Jonas Kaufmann, here comes a another outstanding release featuring the German tenor. This time, however, he’s very much more part of a team. And it’s something of a dream team, led by Anja Harteros and also featuring Ludovic Tézier – arguably the finest Verdi baritone active today – on marvellous form. Few will need reminding that these are the same three principals who featured on Warner Classics’ recent studio Aida, but the Forza Leonora is probably a better fit for Harteros (and a role, obviously, which she has sung on stage), while Don Carlo certainly gives Tézier more to sink his teeth into than Amonasro. Perhaps Kaufmann’s the one who suffers from the switch: he never sings less than intelligently, and produces some real excitement (particularly in his simmering exchanges with Tézier), but for me he’s let down by a lack of true legato, not least in a disappointingly mannered account of the Alvaro’s wonderful big aria, ‘La vita è inferno all’infelice’, in which he at times comes rather close to crooning.

Harteros, though, is mesmerising, exuding a sense of noble tragedy, and retaining her dignity in a production that, with nods to 9/11 and Abu Ghraib, communicates a powerful sense of the chaos caused by war and the resultant turmoil among peoples. A large part of the characterisation comes from the sheer quality of Harteros’s singing, poised and perfectly shaped, with an impeccable sense of style, the voice itself slightly hazy in colour but totally focused. This is a wonderful performance – sample her ‘Pace, pace, o Dio’, sung as she negotiates her way through a pile-up of large white crosses to the front of the stage, to get an idea.

Tézier is hardly less stylish, and sings with thrillingly rich and generous tone, and in elegant, aristocractic long phrases. Nadia Krasteva throws herself fully into Preziosilla; it’s a role that can hardly be made to fit in with the very serious nature of Martin Kušej’s production, so she is presented more or less straightforwardly as a good-time gal. Vitalij Kowaljow is a resonant Padre Guardiano (and earnest in the first scene as the Marchese), Renato Girolami a lively, if stretched, Fra Melitone. In the pit Asher Fisch turns in a relatively no-nonsense account of the score, but it’s flexible and lively, and matched by top-quality playing from the orchestra, which is captured in excellent sound. The video production too is largely excellent, although the camera direction occasionally feels the need to point things out to us, and Harteros appears on the screen between scenes – no bad thing, perhaps, for a character who is absent from the stage for so much of the evening.

Kušej’s production might prove more of a sticking point for some. But it matches well the sprawling nature of the opera’s action in offering a drama that swims with allusions but never really feels anchored, with those scenes featuring Leonora defined by a cool, chaste austerity. There are some arresting visual coups: the start of Act 3 in which Martin Zehetgruber’s ingenious set presents an aerial view of a prison certainly counts as one; readers can make up their own minds as to whether Kaufmann’s extravagent wig counts as another. Don’t be put off, though: this is a compelling Forza, featuring some truly wonderful performances.