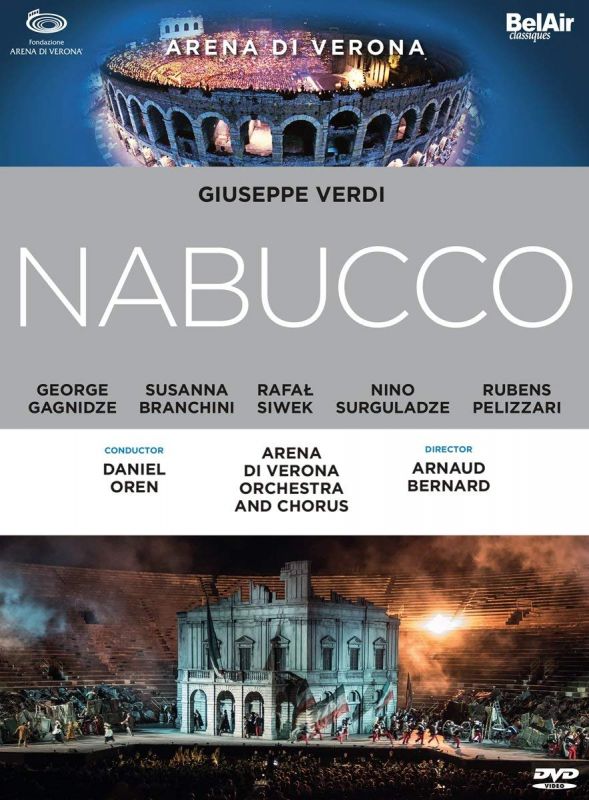 Everyone has a clear, if misguided, idea of what to expect from opera productions at the Arena di Verona – traditionally costumed, lavish spectacle, cardboard direction and probably a supply of livestock. There are plenty of horses in Arnaud Bernard’s staging of Nabucco, which was unveiled last summer, and lavish spectacle too, including explosions during the Overture, but credit to the French director for bringing an intelligent concept and largely deploying it well.

Nabucco was Verdi’s breakthrough opera. At a low ebb following the deaths of his wife and two children, he was given Temistocle Solera’s libretto for consideration by Bartolomeo Merelli, La Scala’s impresario. Verdi took it home but threw it aside. He later described how ‘In falling, it had opened of itself; without my realising it, my eyes clung to the open page and to one special line: “Va pensiero, sull’ali dorate”.’ Legend has it that it was the resulting Chorus of Hebrew Slaves that secured the opera’s opening-night success in Milan, 1842, the audience, who clearly identified the plight of the Hebrews with their own struggles under Austrian rule, clamouring for an encore.

Bernard relocates the opera to Milan, 1848 – and a performance of Nabucco at La Scala – depicting events surrounding the Cinque giornate uprising. Nabucco becomes a bewhiskered Franz Joseph I, ignoring the fact that the teenager still hadn’t ascended the Austrian throne until later that year. Never mind, the concept works handsomely. Outside Milan’s fabled opera house, Nabucco is shot at by snipers when he declares himself God, emerging bloodied while Abigaille takes the opportunity to wrest power from him. The religious side of the plot is addressed by having the Italians costumed up to give a performance of the opera at La Scala – a realistic interior – while Austrians jeer from their boxes. Reliving events at the opera’s premiere (allegedly), conductor Daniel Oren willingly submits to the Veronese and ‘Va pensiero’ is given an encore.

This performance boasts a very decent cast. George Gagnidze is in bullish form as Nabucco, his baritone rock solid if not especially beautiful. His Act 4 prayer and cabaletta come off well. Susanna Branchini has her wild moments as Abigaille, but then it’s just the sort of role for her type of voice; she throws herself into it fearlessly and offers a haughty portrayal. Rafa Siwek is a sturdy Zaccaria while Nino Surguladze is luxury casting in the small role of Fenena. Only Rubens Pelizzari’s Ismaele disappoints, his tenor a bit strained. Daniel Oren can be a routine conductor but Nabucco clearly means the world to him and he directs a strong account, attentive to his singers on that enormous stage. The chorus sing fervently.