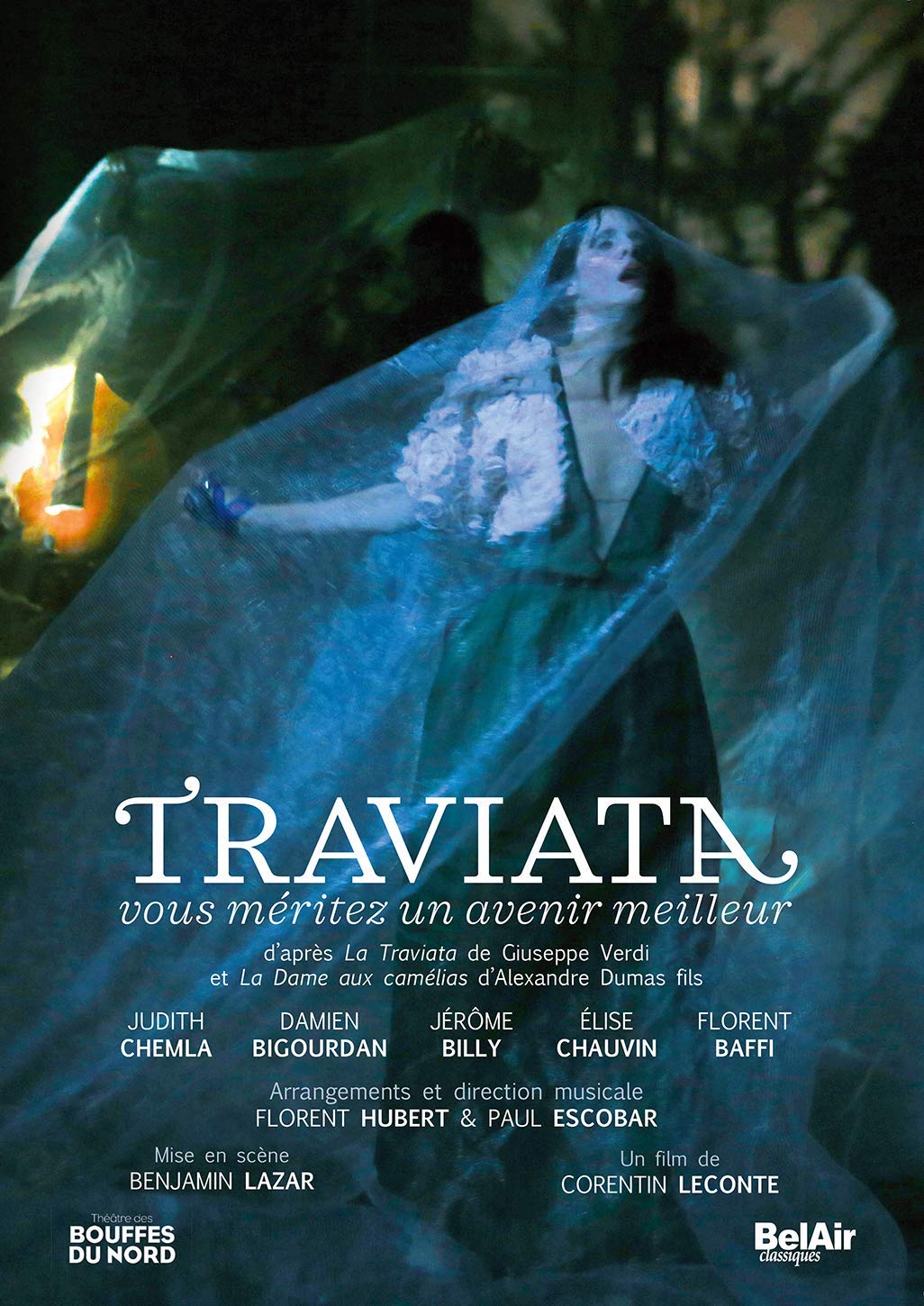 La traviata has surely been subjected to as many directorial rethinkings as any opera in the repertoire, with Peter Konwitschny’s Graz production (Arthaus, 4/12, also seen at English National Opera) even taking the rare step of trimming down the score to turn it into a taut, interval-less couple of hours. Now, following on from similar treatments by Peter Brook of Carmen and Die Zauberflöte, Théâtre des Bouffes du Nord give us a radically rethought, reworked and distilled Traviata.

In fact, as we open on a wild, illicit party, it takes some time to detect any of Verdi’s work. Slowly it asserts itself, but the whole show retains a refreshingly fluid attitude to La traviata as we know it. Virtually all of the score is represented in one way or another. Some parts are performed relatively straight, with others presented in fragments by a small instrumental ensemble that is fully part of the action: Act 2’s gypsies materialise as fragments of a drug-fuelled hallucination; Act 3’s carnival likewise features as a nightmarish vision. Schumann’s ‘Der Vogel als Prophet’ pops up unexpectedly, too.

Spoken French, often presented as melodrama, is interspersed with the sung Italian of Piave’s libretto, with results that are free and fresh, direct and often moving in unexpected ways. The set is minimal, and the action itself seems to vacillate between today’s Paris and that of Dumas fils, a certain vagueness helping us avoid the clashes of text and context that can cripple more concrete updatings – the English subtitles tell us Violetta’s life is threatened by a ‘cell disease’. The cast, too, has clearly been chosen for being convincing both in the sung and spoken passages and, on occasion, even in tinkling the ivories of the Pleyel piano that sits on hand.

Judith Chemla is compelling as Violetta, whose exchanges with Damien Bigourdan’s Alfredo are by turns charming and, in a viscerally powerful performance of the final scene, profoundly affecting. Jérôme Billy has a more difficult task bringing Germont père to life in the context but does so extremely well, and everyone else helps to create a memorable, seamless dramatic universe. Only the extended scene in which Florent Baffi’s Doctor prepares drugs for Flora’s party tests the patience.

Forget preconceptions, ignore the incomprehensible blurb on the case: this is a strange but rewarding and often compelling view of a familiar warhorse, and a bold, convincing example of how to rework a familiar text for a new context.